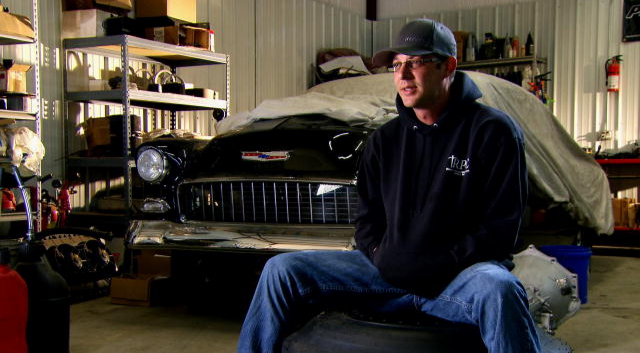 Tyler Gene Priddy aka Flip was an Oklahoma based street racer who became part of Street Outlaws in the first season of the show in 2013. However, the racing world witnessed a great tragedy in the same year after Flip’s speculated suicide case swirled around the media.

As a friendly kid, Tyler made a lot of friends including Justin Shearer aka Big Chief and Chris Day aka Kamikaze. The boys grew up together riding bikes and watching the street races. Flip was also known for his substandard habits of smoking and drinking heavily.

What happened to Street Outlaws’ Flip?

On May 28, 2013, Flip was found dead at his home in Yukon, Oklahoma at the age of 31. The actual cause of Flip’s tragic death is still unknown to the world. However, many have speculated that he had committed a suicide with a self-inflicted gunshot. The theory still remains, but without much evidence to support the claim, his death remains a mystery even today.

Flip was preceded in death by Aunt Mary Lou and his Grandfather, Aubrey Priddy. His body was cremated in Hinton Cemetery in Hinton, Caddo County, Oklahoma with the memorial ID 114744206.

Street Outlaws and his career

Flip was a gearhead since the early days and would always step on the front line when things came down to the race track. As a muscle car fanatic, he started his racing career with a Mustang and later switched to 1980 Chevy El Camino. He earned his spot in the reality series, Street Outlaws in 2013 after defeating many others in the selection race.

He named his highly modified 1980 Chevy El Camino as “The Old Slut.” It was called so because of its mismatched parts which had been borrowed, begged and even stolen. He was a passionate racer who would never back down when it comes to smack talking.

Unfortunate for Flip, he could only film the show’s first season as he passed away before Street Outlaws first aired on June 10, 2013. It was a heartbreaking moment for his family, friends, and fans to watch the show after his death. Apart from being a cast in the series, he was working as the parts warehouse manager at Warren Caterpillar in 2013.

The fate of El Camino aka The Old Slut

After the sudden death of Flip, the ownership of El Camino automatically went to Big Chief. However, Big Chief rather wanted Flip’s childhood friend, Kamikaze to have the El Camino, knowing his passion for cars. KamiKaze adopted his car in honor of his late friend and almost immediately named the El Camino as Elco.

With the overwhelming emotions, Kamikaze did not touch the car for more than a year. The first time he took the ride for a test drive, the car caught on fire due to jammed brake calipers on the rear wheel. After reconditioning it, Kamikaze took it to one of the races in Lousiana. His first run with Elco went incredible as he came home with a victory.

Everything you need to know about Street Outlaws’ Chris “BoostedGT” Hamilton

After the first win, Kamikaze started renovating the Elco day-in, day-out. He moved the engine to a specialized office Kincaid Racing Engines. The main engine was built with a modern carburetor injector with electronic control. With 8 liters of volume, and peak power more than 500 hp, torque is all likely to surpass 1000 nm. But Kamikaze did not want to disclose the real figures and about its ability, but while talking about the car, he said, “There is sufficient capacity to properly annoy many.”

Kamikaze has been following the legacy of Flip with the ride. He drives the Elco on both televisions as well as drag strips just as Flip would have wanted.

Apart from being a fierce racer, Flip was also a husband and a father. Flip was married to Morgan Amber Priddy. The couple shared a blissful married life. Together, the two shared four children: Tovey Gene, Remey J, Dresdyn Rinot, and Bennett William Edward. Flip loved his boys unconditionally and had nicknamed all four of them.

Flip’s wife does not prefer the limelight. She does not seem active in social media and has maintained a low-key profile. Although Flip is no more with us, he has left the legacy behind which shall inspire his kids and generations to come.

Tyler Gene Priddy aka Flip was an Oklahoma based street racer who became a part of ‘Street Outlaws’ in the first season in 2013.

He was born on November 30, 1981, in Chickasha, Oklahoma to Gene Flip and Glenda Beckham.

He earned his spot in the Discovery reality series, Street Outlaws, in 2013 after defeating many others in the selection race.

A muscle car fanatic, he started his racing career with a Mustang and later switched to 1980 Chevy El Camino.

He named his highly modified 1980 Chevy El Camino, “The Old Slut.” It was called so because of its mismatched parts which he borrowed, begged and even stole.

The actual cause of Flip’s tragic death is still unknown to the world. But, many suspect that he committed suicide with a self-inflicted gunshot.

Following his death, Chris Day aka KamiKaze adopted his car in honor of his late friend which he named “Elco.”

Flip was married to Morgan Amber Priddy, with whom he had four children.

Jeff Lutz wiki/bio: Everything you need to know about Street Outlaws cast!

James “Doc” Love’s career on Street Outlaws and his net worth!