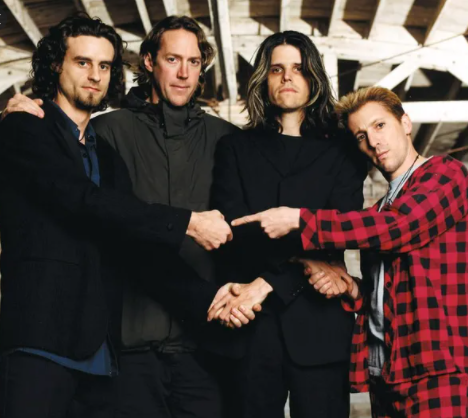 The Tool is undoubtedly one of the best rock bands ever formed on this planet, and any rock music junkie wouldn’t deny this fact. Unlike many metal rock bands, Tool’s layered and complex sound and lyrics with deeper meaning have earned it a legion of hardcore fans.

Only their fans can understand that Tool’s music is a kind of art that needs multiple listening sessions. The more you listen, the more interesting it gets. The Tool proved to the world that you don’t need shredding guitars, throbbing double bass, and growling screams for something to be metal. Formed in 1990, the Grammy-winning band comprises vocalist Maynard James Keenan, guitarist Adam Jones, bassist Justin Chancellor, and drummer Danny Carey.

They have dominated the charts with top-selling albums, Undertow (1993), Ænima (1996), Lateralus (2001), and 10,000 Days (2006). The band creates something new and fresh, making fans wait for a long-overdue new album. They are set to be back with their new album later this year, which has given the fans a glimmer of hope in this Tool-less universe.

But, no matter how big a fan of the band you are, you may have still missed a few things about them. Today, we have learned five facts about the progressive rock and metal band you may not have heard of.

Adam Jones, the band’s lead guitarist, has been placed ninth in the Top 100 Greatest Metal Guitarists by Guitar World and ranked the 75th Greatest Guitarist of all time by Rolling Stone.

However, many fans may not have known that Jones has been involved, behind the scenes, in many blockbuster movies. He worked on the make-up and setup design in films like Men In Black, Jurrasic Park, and Terminator 2. The artistic nature of the guitarist can be evidenced through many of Tool’s music videos, including Stinkfest and Sober. Talk about being multi-talented.

#4. Maynard James Keenan from the Tool Served in the Army

Before breaking out as a musician, Maynard served his time in the US Army. He enlisted in the army after watching Bill Murray’s character! Moreover, the character came from the movie Stripes hoping that G.I. Bill would fund his dream of attending art school. Initially, Keenan served as a forward observer before attending West Point Prep School from 1983 to 1984.

During his military career, he adopted the nickname “Maynard,” which later became his celebrated name. Keenan declined an appointment at West Point as he wanted to pursue a music career.

Thanks to this decision, the fans have been able to headbang for over two decades. After getting out of the military, James earned an interior design degree from Kendall College of Art and Design. He decided to put his knowledge to use in designing pet stores.

#3. The Fibonacci in Lateralus

The band has been able to turn maths equations into a song. The title track from their third studio album, Lateralus, uses the Fibonacci series. The band incorporated the series in each line completing the sequence, which is not an easy feat in any sense.

Everybody starts somewhere. Before becoming the renowned band James and his mates are now, they have had their share of struggles. The band has been very creative in their album promotions from the start. Before the success of their first studio album, Undertow, in 1993, they had already dropped an album entitled 72826 back in 1991. The album was released in limited quantities of only 1500 and sold through the mail for $5. Simpler times!

#1. Inspiration for their Songs

Maynard James Keenan’s mom, Judith Marie, was diagnosed with a rare condition. Moreover, the condition called an aneurysm paralyzed her for roughly 10,000 days. She later passed away in 2003 due to complications of the condition. Distraught by the loss of his beloved mom, Keenan composed the songs Wings For Marie and10,000 Days in her remembrance.

Originally a rock band, Tool made an exception and released these songs, which have a very sympathetic meaning behind them, without excessive use of instruments. Rightfully, these songs later became considered the best songs from the band.

If you have any band or artist, you would like us to cover, then let us know in the comments section below.