Skip to content
Home » Entertainment » What do We Know About Demi Lovato and her Addiction?

What do We Know About Demi Lovato and her Addiction? 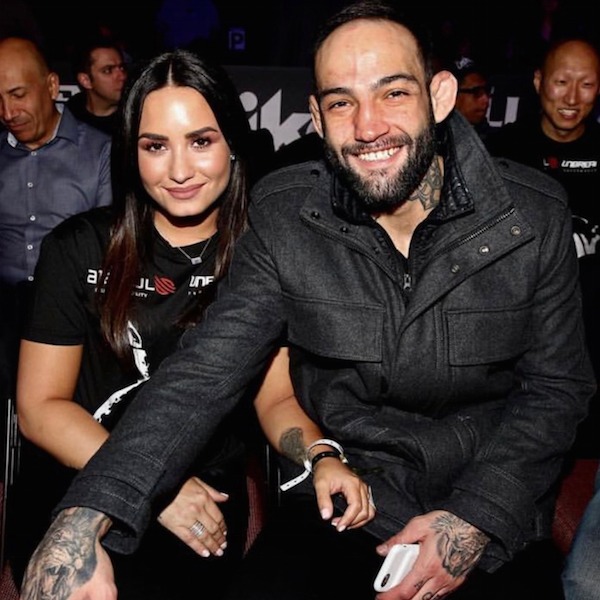 Demi Lovato was taken to the hospital after an apparent overdose on July 24, 2018. The LA Fire Department received a call at 11:22 AM and transported the singer to Cedars-Sinai Medical Center in Los Angeles. The Confident hitmaker is currently in the process of recovery after her relapse.

Lovato has been in and out of the limelight but ‘mostly in’ due to her struggle with substance abuse and alcoholism. So, what led her to this path of substance abuse? Let’s take a closer look.

I was downstairs. There are other people [who] went in. We just need to get somebody out here.

For privacy reasons, the caller asked, “Wait, no sirens, please, right?” The operator replied that there was not much he could do, as it was an emergency. TMZ reported that she was treated with Narcan, an emergency for overdoses, in her house in the Hollywood Hills.

Early Fame Through Camp Rock and Barney and Friends

Long before she achieved a career breakthrough from Camp Rock, Demi Lovato was already in the spotlight as Angela in Barney and Friends. And, that fame didn’t come without a price. With much disappointment to the fans, many child actors like Macaulay Culkin, Jodie Sweetin and Todd Bridges found themselves in addiction later in life. The showbiz pressure is often enormous for the people in the limelight, and actors often need protection when it is children.

Demi has publicly stated that if she could go back in time, she would prevent her younger self from working at such a young age. Her projects afterward got bigger and thus more stressful, and she found herself dragged into addiction early in life. She experimented with drugs at 17 and thought she would not make it to 21.

What is Home Alone star Macaulay Culkin doing in 2018? Where is he?

Demi Lovato and her Trouble with Family

If it wasn’t bad already that Demi Lovato had to deal with the stress of early childhood fame, she also had to deal with issues at home.  Her abusive father, Pat, an alcoholic and an addict, walked out on his family.

In her documentary, Simply Complicated, she said she “always searched for what he found in drugs and alcohol.” She then stopped talking to him, and when he passed away, she struggled to find closure. She even had suicidal thoughts when she was just seven years old.

Chrissy Teigan was “drinking too much.”

Diagnosed with Bipolar Disorder at the very young age

In addition to her addiction struggle, Demi Lovato also suffered from bulimia from a young age. Even her mother, De La Garza, struggled with bulimia and thought she passed the eating disorder to the singer.

My eating disorder started when I was very young. That’s something that I still work on on a daily basis and it’s kinda the last thing to go.

While seeking help for bulimia when she was 18, Lovato was also diagnosed with bipolar disorder. She recalled the incident in her 2018 documentary,

It just made sense. In a way I knew it wasn’t my fault anymore. Something was actually off with me.

Demi was in a relationship with That 70s Show actor Wilmer Valderrama for six years. They met when she was 17, and he was 29, and they started dating a year later. The two were very close, and Wilmer was her rock.

So, their breakup in 2016 took a toll on her, and she relapsed with her eating disorder immediately. But, the two have remained close and are best friends. As of now, Wilmer is now by her side, supporting Demi and her family.

After experimenting with drugs for the first time at 17, the singer found herself in a really bad place, and just a year later, at 18 in 2010, she entered rehab for the first time. She joined Timberline Knolls Residential Treatment Center. Her parents suggested she stop touring and get admitted into a correctional facility.

It happened like an intervention, my parents sat me down, and they said, ‘We have a plane waiting for you, if you’re willing to go.’ And the whole time, I just kept thinking, ‘There’s nowhere else to go, there’s nothing else to do. I’ve lost everything right now, and I just have to work to get it back.

Lovato’s first stint in rehab was not beneficial for her. She quickly relapsed into alcohol and cocaine addiction. In her latest documentary, she said,

Demi was talking about her 2012 documentary, Stay Strong, ironically about her battle with addiction. She moved into a sober-living facility in 2012. Lovato celebrated her six years of sobriety in March 2018. However, in her song, Sober, she revealed that she had relapsed.

The last time I did an interview this long I was on cocaine.

Her relapse in July this year did not surprise her fans or her family, as she was seen in a social media post with a beer in her hand. However, at the time, she said it was Red Bull. She was immediately rushed to the hospital, and her family says she is recovering. There are reports that the 25-year-old “is going straight to rehab after she leaves.” It is still unclear when she is being discharged from the hospital.

Let’s hope that the third rehab changes the life of our favorite Latina singer. If you or anyone you know is going through the same issues, please contact The Substance Abuse and Mental Health Administration’s 24/7 National Helpline at 1-800-662-HELP(4537).

What advice would you give to a person struggling with addiction? Pour your thoughts in the comments below.

Daniel Radcliffe was drunk on the Harry Potter set

One thought on “What do We Know About Demi Lovato and her Addiction?”