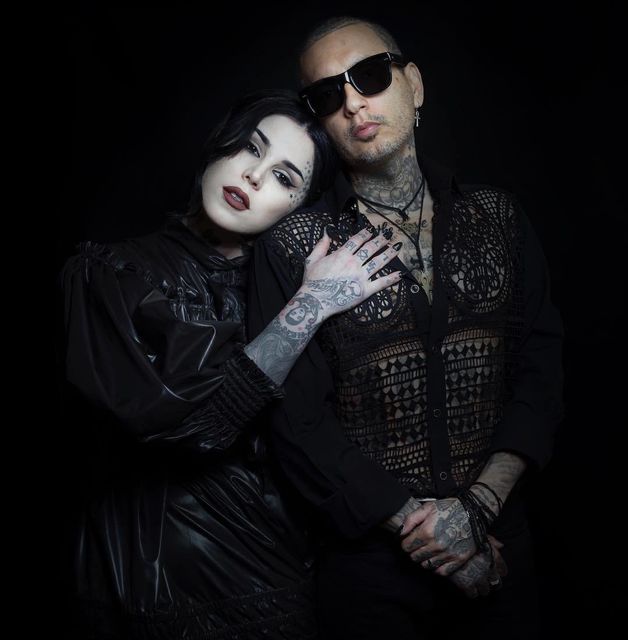 Kat Von D is a Mexican-American tattoo artist who got her start on the reality TV show Miami Ink. Perhaps, it was after she got her spin-off show, LA Ink, that she became more famous. She is known for crafting artistic designs inspired by various cultures and influences that she experienced during her childhood. She is not just a tattoo artist but also a model, musician and, of course, a TV personality. Over the years, she has built herself an empire and become a household name with her crafting talents and her cosmetic line, Kat Von D Beauty.

She was born Katherine Von Drachenberg on March 8, 1982, in Montemorelos, Nuevo Leon, Mexico, to Seventh-day Adventist Church missionaries Rene and Sylvia Galeano. Her family relocated to Los Angeles when she was four, and Latino culture inspired her tattoo art and style. Her first tattoo so influenced her at 14 that she dropped out of school to pursue a career in it.

Criticism comes with fame, and Kat Von D has handled it well. Since rising to fame, many things in her life have been less than normal. However, she lives her life following her own rules, disregarding the negative responses she gets.

Maybe because of this, she is recognized among us as the tattoo and beauty queen, “Kat Von D.” While you may be familiar with her artistic flairs and controversial relationships, she lives in a different world than you think. Today, we are here with some untold truths about her.

#5. Kat Von D and her Relationships with Nazism supporters

Kat has always faced criticism about her love life, but it hasn’t affected her in any way. She seems to be somewhat cool having relationships with guys who support Nazism. She was once engaged to Jesse James, who was spotted wearing a Nazi uniform and performing a Nazi salute.

Her current husband, Rafael Reyes, has a swastika tattooed under his neck, which symbolizes the Nazi flag. And that’s not the end! She was once accused of signing an autograph to her former boss, who was Jewish, writing, “Burn in hell, Jewbag.” Condoning this kind of behavior has led her to face heavy backlash.

Already a highly celebrated tattoo artist, Kat got her name carved in the Guinness Book of World Records. She clutched the world record for tattooing the logo of LA on as many people as possible within 24 hours.

The then 25-year-old aspiring artist, Kat, achieved this feat by inking 400 people to take a mere 9 minutes off the whole day. Charging $20 per person, she accumulated around $8000, and the proceeds went to charity. However, her ex-husband, Oliver Peck, also a tattoo artist, managed to break the record by inking 415 people.

Besides being a popular tattoo artist, author and reality TV star, she is also an entrepreneur in her own right. She released her makeup line, which has been extremely successful despite many controversies. In 2017, she introduced a new eyeliner called Basket Case, and while fans had already taken offense to the name, they were even more upset by the promotional web page.

It supposedly celebrated the toxic relationship between Sid Vicious and Nancy Spungen. If this wasn’t enough, she also released a lipstick named after a Nazi slur. Likewise, she came up with a lipstick named Underage Red, for which she was heavily criticized.

When not holding needles, she prefers playing the piano. She is a classically trained pianist who took piano at the tender age of five. Her pianist grandmother introduced her to the world of music and passed on an extreme obsession with Beethoven.

Von enjoyed hitting those keys when her mates played with dolls and ran across the playground. Furthermore, Kat entertained her guests by performing at her wedding reception.

Tattoos are permanent art that is engraved in one’s body. Everyone wishes to ink tattoos that are one of a kind, and an original idea of a tattoo has its significance. No matter how cool someone else’s idea is, are people supposed to steal this idea and make it their own? Kat has come up with hundreds and thousands of ideas for tattoos on her own, but one of her famous art pieces wasn’t her creation. She has a tattoo of the word “Hollywood” on her midriff in red lipstick.

That is by far her most talked about tattoo. Allegedly, she stole the idea from a girl inspired by a band called New York Dolls and wanted to ink the same design as the band’s logo. However, she took the idea for herself, leading to her infamy. She later had an awkward meeting with the same girl at a bar, but no words were exchanged.

What do you have to say about the controversial life of Kat? Sound off in the comments.

Know the meaning of Kellin Quinn’s tattoos – Has tattoos linked with mom, wife and daughter.

Who is American Pickers’ tattoo girl, Danielle Colby’s boyfriend? Know her net worth

The fondness of Tattoo! Frances Bean Cobain inked her body once again.