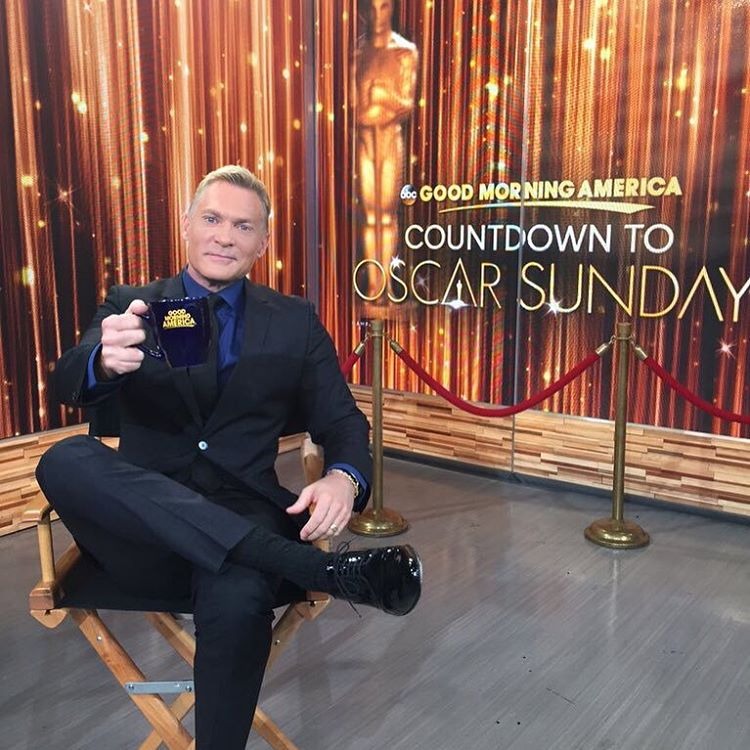 Sam Champion is an American television personality, best known as the anchor of Good Morning America. Besides that, he is also renowned for his 18 years long association with ABC-affiliate WABC-TV. Previously he operated as the Managing editor of The Weather Channel, before quitting the channel in 2016.

In his long-standing career, the TV personality has headlined several shows including America’s Morning Headquarters (AMHQ) and 23.5 Degree with Sam Champion. Also, he has travelled to various parts of the United States to cover weather news. His travels have helped him prepare the report on winter storm in Denver, hurricanes in Florida and wildfires in California.

55 years old Sam Champion was born to Lieutenant Colonel father James H Champion and mother Sylvia Champion. He graduated from Fairfax High School in 1979 and afterwards went on to earn a B.A degree in Broadcasting from Eastern Kentucky University.

An ever-present name in social service, Sam Champion is married to his boyfriend-turned-husband Ruben Robierb. The duo attended their nuptial on 21st December 2012. The couples actively support GLAAD (Gay & Lesbian Alliance Against Defamation) and have often raised their voice in support of same-sex marriage.