Skip to content
Home » Entertainment » Diana Taurasi million dollar net worth is a result of her full-fledged basketball career. Do you know her salary? Does she have a boyfriend? Find out

Diana Taurasi million dollar net worth is a result of her full-fledged basketball career. Do you know her salary? Does she have a boyfriend? Find out 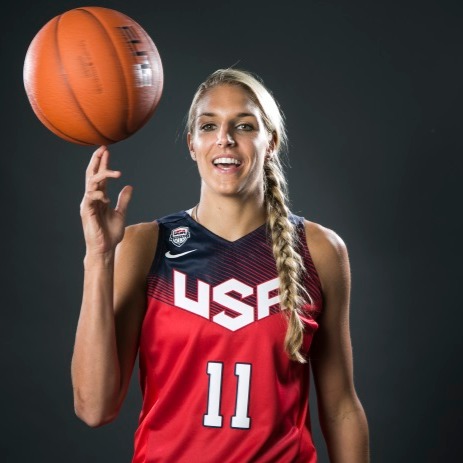 Diana Taurasi, a world famous professional basketball player of Women’s National Basketball Association (WNBA) has earned a massive net worth amount which is a result of her full-fledged basketball career. She currently earns an annual salary of $500 thousand dollars and has gathered a whopping net worth of $1.5 million dollars. Renowned sports personality, Diana doesn’t have a boyfriend; she is still single.

Playing basketball from an early age, Diana Taurasi has shown her best basketball skills while studying at high school and university

Most people may not know but Taurasi’s keen interest and passion towards basketball had emerged since she was a small kid.

She has shown her best skill of basketball while studying at high school and university. In her early playing days, she was awarded 2000 Cheryl Miller Award as the best player in Southern California. Growing up, she finished at the 5th rank in the state with earning total points of 2156.

Taurasi has set three-point records while playing for Don Lugo High School. However, her record has recently been broken by a young High-school senior player Ana Resendiz. Diana welcomes talented high schooler who shattered her record. Have a look at the video where she met Ana and praises her.

Giving continuity to basketball, she started playing for the University of Connecticut’s women’s basketball team for its 2000-2001 season. With her brilliance, she led her team to get the victory in three consecutive NCAA Championships.

Diana’s strong passion towards basketball made sure that she would be one of the best basketball players in the world.

She was rising with the golden wings, showing the best form in the university games. Ultimately, she was selected to play for Phoenix Mercury in 2004 WNBA Draft. In the first game which she played for Phoenix Mercury, she netted 26 points which helped her team to win with the victory score of 84-76. She was in top form in WNBA.

Taurasi even broke the previous record of scoring most points of Katie Smith.

In the final match, her exceptional performance continued where she led her team to win over Detroit Shock. She became the 7th player to win NCAA title, WNBA title, and Olympic gold medal.

Taurasi was quite unstoppable after WNBA. In 2005, she started a new journey with putting the first step towards the international career.

Her international career began with getting selected for the team Dynamo Moscow. After playing a year with the team, she was selected in Russian team Spartak Moscow. For two years, 2009 and 2010, she was enlisted as Final Four MV, playing for Spartak Moscow.

Her magical basketball skill later gave her more success when she was enlisted as one of the players of the USA national team. Diana was one of the members of USA Women’s U18 team. With her team, she won the FIBA Americas Championship in 2000.

Diana Taurasi has showcased unbelievable forms throughout her career. With her splendid playing passion for basketball, she has earned both name and fame for herself from the sport. By the end of 2015, she had already collected a net worth of $1.5 million and was earning an annual salary of $500 thousand dollars.

Currently single Diana Taurasi is rumored to be a lesbian

However, her true sexuality is not confirmed yet and as per the information, she is living a single life at present. Diana shares a strong bond with her father. Let’s check out her Instagram post where she wished her father a Happy Father’s Day.

Diana shares a strong bond with her father. Let’s check out her Instagram post where she wished her father a Happy Father’s Day.

Splendid and extraordinary professional basketball player, Taurasi’s million dollar net worth is surely the result of her full-fledged basketball career. Diana Taurasi is enjoying the best of her life, receiving an annual salary of $500 thousand.