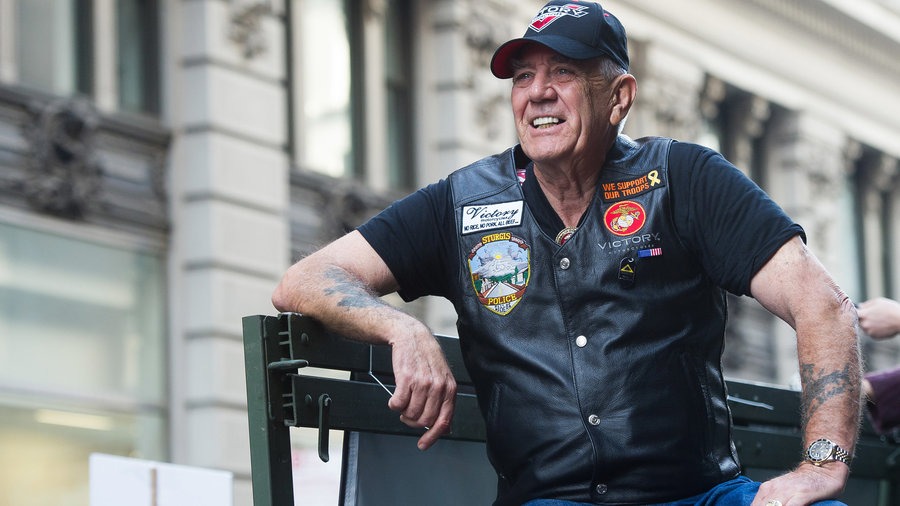 A former U.S. Marine drill instructor Ronald Lee Ermey was well-recognized as Gunnery Sergeant Hartman in the movie, Full Metal Jacket. Unfortunately, he died at age 74, on April 14, 2018, due to several complications related to Pneumonia.

R. Lee Ermey was born to John Edward and Betty Ermey on March 24, 1944, in Emporia, Kansas. He grew up in Farmland with his five brothers. Later, In 1958, he moved to Zillah, Washington, along with his family members. During his teenage years, he got involved in many troubles with the local authorities. and also got arrested twice for criminal mischief by the time he reached 17. 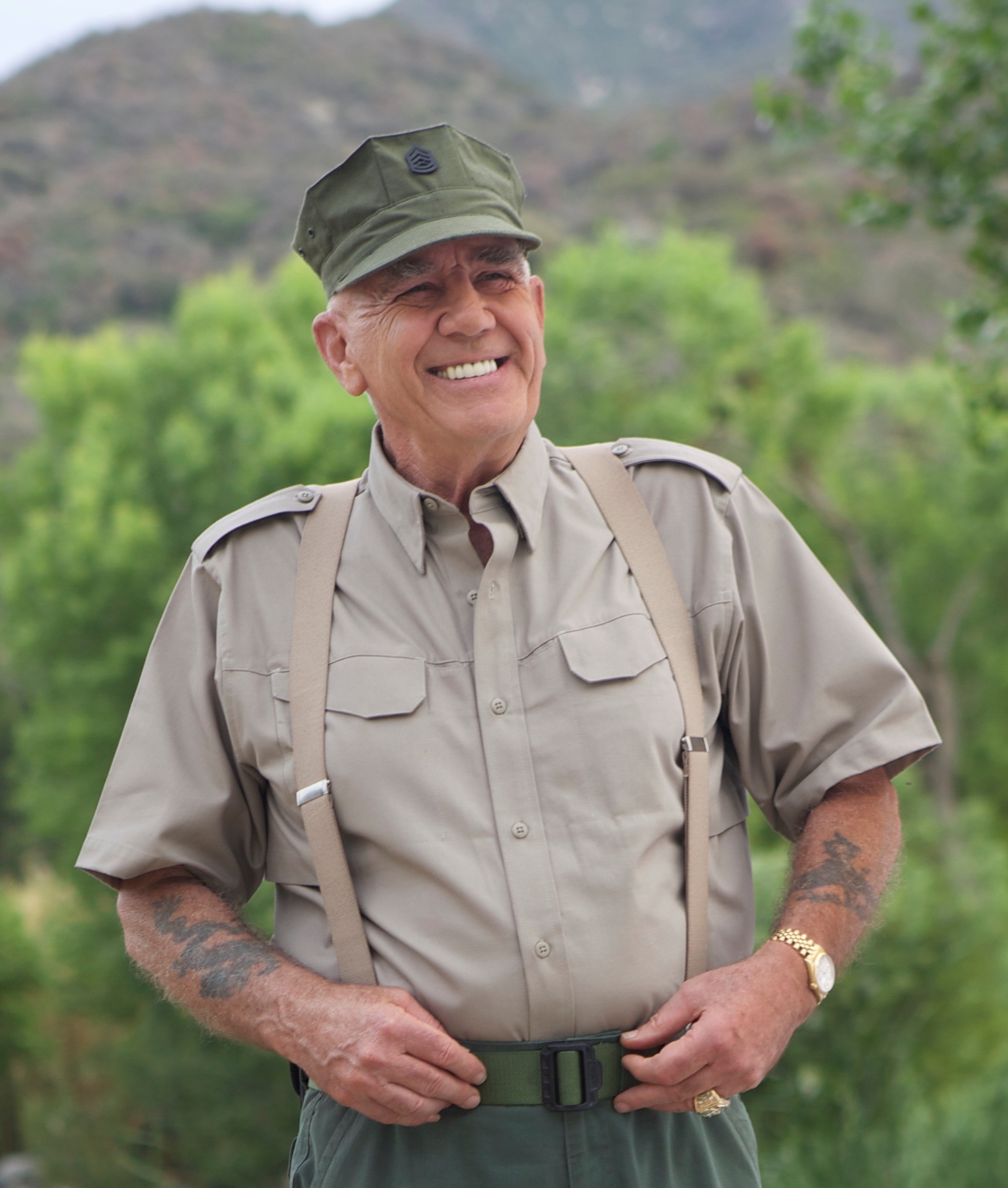 When the judge asked him to join military or spend life in jail, he took the military option. And in 1961, he enlisted his name in the United States Marine Corps. For training, he went at Marine Corps Recruit Depot San Diego in California.

Wil Willis a former American Army Ranger bio: Details on his career and net worth

In his initial years of military, he served in the aviation support field. However, he was later assigned as a drill instructor in India Company, 3rd Recruit Training Battalion, from 1965 to 1967. Also, he served at Marine Corps Air Station Futenma in Okinawa, Japan. 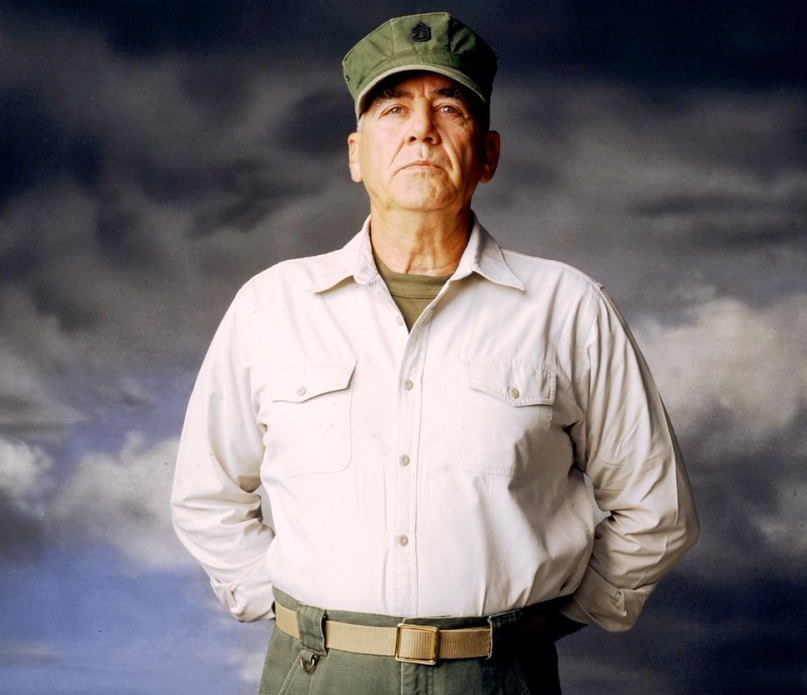 Afterward, he was consigned to Vietnam with his Marine Wing Support Group 17 in 1968. In the place, he served 14 months with his group. After accomplishing a part of his service in Vietnam, he went again to Okinawa to complete his service as a staff sergeant.

After serving for a decade in the military, he retired in 1971. In 2002, May 17, Commandant of the Marine Corps, General James L. Jones, promoted him to gunnery sergeant. 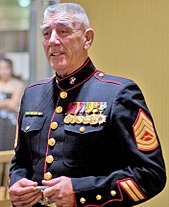 For his service and commandment, he was also honored with Vietnam Service Medal, the Vietnam Gallantry Cross, and the National Defense Service Medal. After his retirement, he moved to the Philippines, and attended the University of Manila, where he studied criminology and drama.

While he was spending his regular life in the Philippines, he was asked to pose for a series of blue jeans ads after a director noticed him. After then, he closed his normal life chapter as he got a chance to appear as a retired soldier in several local production films. In 1976, he broke into Hollywood films and played as a technical advisor to director Francis Ford Coppola. After then, his first debut role came as a drill instructor in a 1978 war-drama, The Boys in Company C. 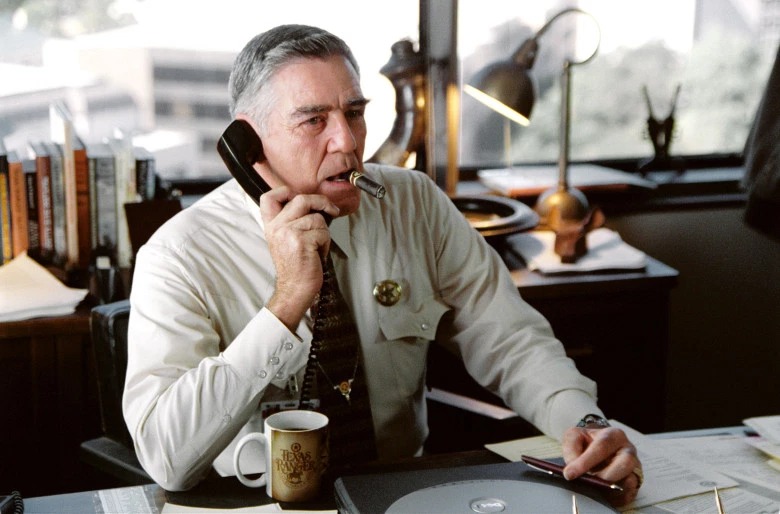 Subsequently, after this, he appeared in about 60 films. Some of his several hit movies are Prefontaine, Saving Silverman, The Texas Chain, Leaving Las Vegas, Mississippi Burning, Fletch Lives, Se7en, and more. He has also featured in the remake of Willard and The Texas Chainsaw Massacre as an evil sadist. Besides, he was given a nickname, Gunny for his appearance in 1984 movie, Purple Hearts.

The Rifleman star Johnny Crawford net worth in 2018!

After playing a series of minor roles until 1987, he got his breakthrough role as Gunnery Sergeant Hartman in the 1987 movie, Full Metal Jacket. For the character, he was nominated for a Best Supporting role for a Golden Globe Award. After the achievement, he got a chance to appear in the episode of Space: Above and Beyond and also in the film The Frighteners. In both of the projects, he played the similar role as Gunnery Sergeant Hartman. 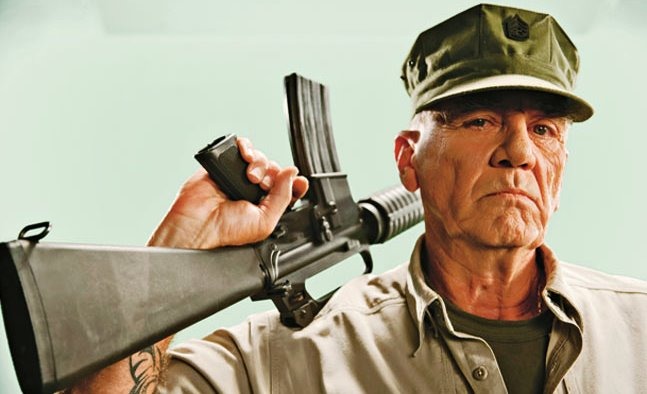 Apart from this, he also guest-starred in Television drama House, as Dr. Gregory House’s father. He also made his appearance in the episode Second Chance of Human Target.

Besides, he has also hosted shows and documentary series. In 2009, he hosted, Lock N’ Load with R. Lee Ermey. The show documented the advancement of military weaponry throughout the history. Also, he hosted History Channel’s Mail Call where he discussed the military history, weaponry, and tactical matters. In the 2005 episode of Mail Call, he became the 341st person to fly in the B-2 stealth bomber. After few years, he was also seen hosting Outdoor Channels, Gunny Time. 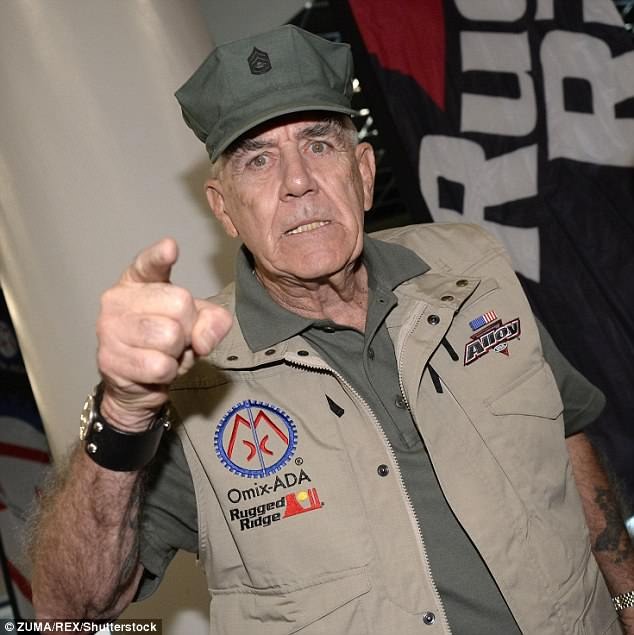 Besides, films and shows, he has also lent his voice to several animated movies and TV shows. In the several episodes of Batman: The Brave and the Bold, he has voiced Wildcat. He has also vocalized Colonel Leslie “Hap” Hapablap in an episode of The Simpsons entitled Sideshow Bob’s Last Gleaming.

Also, he has given his voice to the animated film, Toy Story, where he was the voice of the green plastic soldier named Sarge. In an episode of SpongeBob SquarePants “Inmates of Summer,” he has voiced Irate Warden. 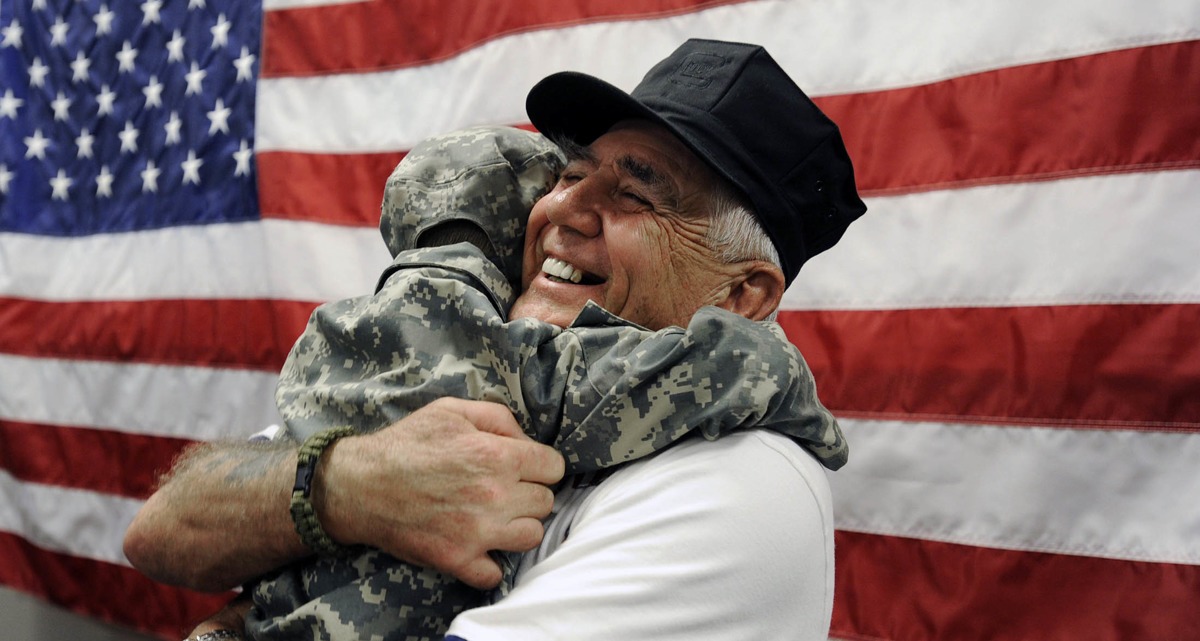 Throughout his career, he garnered an impressive net worth of $12 million. Moreover, his acting career has helped to add up a significant amount to his net worth.

The 74-year-old R Lee Ermey died on April 15, 2018. The cause of the death was the several complications related to Pneumonia. However, he survived by his wife Nila Ermey and his four children. Sadly, he left his family and nation alone only with memories. He received a funeral at Arlington National Cemetery.