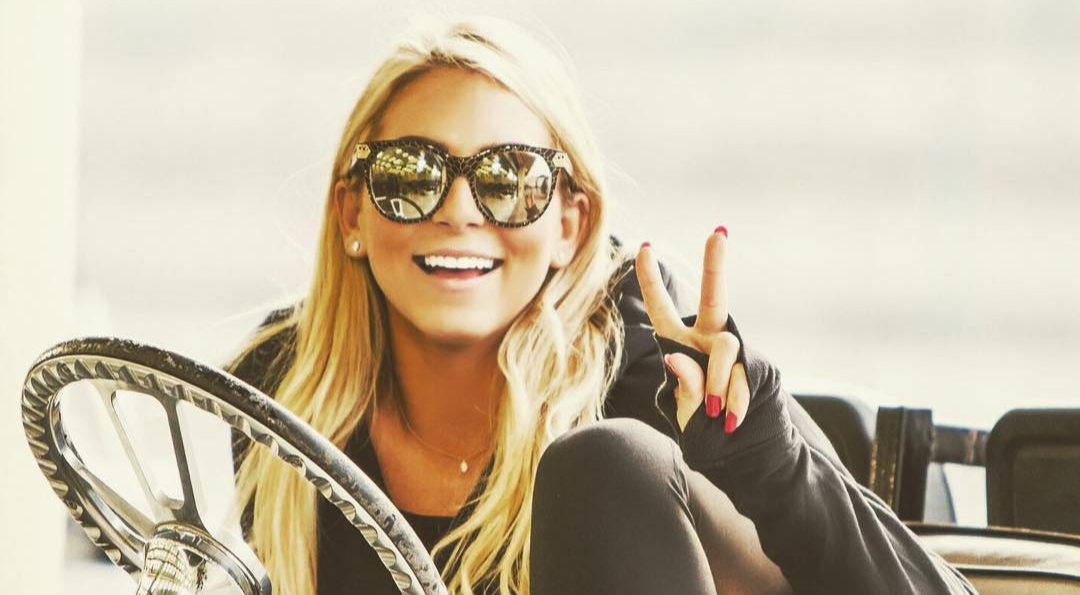 Lizzy Musi is a famous professional drag racer who earned recognition after becoming the first women to break 200 MPH barrier record in eighth-mile doorslammer racing in 2014. She also stands as the first woman to win a Pro Nitrous National event.

Lizzy Musi was born in Carteret, New Jersey on January 1, 1991, as the daughter of Pro Mod driver and engine builder, Pat Musi. Drag racing was an essential part of Lizzy’s life since the early years. The art of drag racing ran through her veins as she grew up at the drag strip watching her father. Following the footstep of her father, Lizzy started her career in the sports at a young age.

Throughout his career, Pat has won eight Pro Street Championships and also has achieved wins in other categories, including Pro Stock and Pro Modified. He is the owner of an engine shop, Musi Racing Engines Shop since 1970.

Justin Shearer aka Big Chief Bio: Everything You Need to Know About Him

Lizzy’s career in drag racing took off ever since she started steering the wheels. She first introduced herself as a Junior Dragster and worked her ways through the ranks. In 2013, Lizzy enjoyed an excellent season as a second-generation racer and became the front-runner in Top Sportsman Competition.

She made her Pro Nitrous debut in 2014 driving a 2009 Dodge Stratus aka King Kong 5, formerly owned by her father. The car was boosted with Pat Musi Racing Engines 903 EFI powerplant. She bagged the number two qualifying spot and a semi-final finish in her first race. Her 3.802-second run at the speed of 200.02 MPH made her the first woman to break 200MPH barrier in eighth-mile Pro Mod racing.

In July 2014, Lizzy earned her career-first win in the inaugural PDRA US Drags at Virginia Motorsports Park. She enlisted her name in the record book once again after becoming the first woman ever to win a Pro Nitrous National event. She was honored with PDRA Rookie of the Year in 2014.

Lizzy introduced her new 2015 Dodge Dart aka King Kong 6 in 2015 Pro Nitrous. The car was powered by a state-of-the-art Musi 942 cubic inch engine. She won the second national event in Pro Nitrous with a record-breaking run of 3.79 seconds at 200.48 MPH.

Nevertheless, the 27-year-old drag racer aims to win PDRA Pro Nitrous Championship and compete in NHRA Pro Mod series in the future. As one of the fiercest woman racer, Lizzy has already become one of the sport’s most popular drivers. She also makes a guest appearance in the Discovery’s reality series, Street Outlaws.

Lizzy was involved in a horrible accident at the 2012 ADRL Spring Drags III at Bristol Dragway. She had a fairly impressive run of 4.34 seconds in 170 MPH in her first year racing. However, in the third round of qualifying, Lizzy’s car lost control and turned sideways. The car then went airborne and crashed the front end into the wall. Fortunately, Lizzy came out of the car on her own and suffered no injury at all.

Lizzy is one of the most accomplished female drag racer in the States. Beside her racing career, she also looks after her father’s shop, Musi Racing Engines Shop. Lizzy also has an official website where she updates about the schedules, races, sponsors, and pictures. Although she most certainly earns a lucrative amount of money, her actual net worth has not been revealed yet.

Lizzy Musi is currently dating Street Outlaws racer Kye “Shocker” Kelley. The rumors of their relationship swirled on the web after Lizzy posted a snap with Kye in mid-2017. However, their relationship was confirmed after Kye updated his Facebook relationship status on April 24, 2017. They are often seen sharing pictures with one another on the social media. She currently resides in Mooresville, North Carolina with her family.

However, Lizzy Musi’ boyfriend Kye “Shocker” Kelley was previously married to his long-term girlfriend, Alisa Mote. They got engaged in 2014 and later wedded in August 2016. The couple also shares a daughter named Kenadeigh Alexa Kelley. Their marriage was short-lived, and they eventually divorced in early 2017.

Who is Big Chief’s New Girlfriend? Did Justin Shearer Divorce His wife?

Lizzy has taken the world of drag racing by storm and helped popularize the sports. As a racing star, she has now become the social media sensation with over 57.3k followers on Instagram and 39k followers on Facebook.