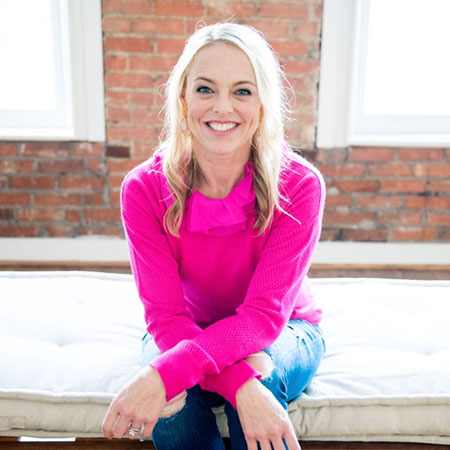 Jenny Grumbles is an entrepreneur and storage hunter, who is known for her appearance in A&E series, Storage Wars: Texas.

The show is the regionalized spin-off of the hit series, Storage Wars.

She joined the second season of the show alongside Mary Padian in 2012 and quickly became known as “The Dazzler,” among the viewers.

She appeared in the series from 2012 to 2014 as one of the main professional storage unit buyers.

She is a furniture restorer and designer and ran a Dallas-based furniture boutique, Uptown Country Homes, till 2014.

Her interest in storage auctions developed after she bought some broken furniture from her friend for $1k and sold it for $5k after renovating.

She graduated in art history and journalism from Southern Methodist University in 2002 and devoted her time to painting afterward.

Following that, she founded J. Grumbles Studio in San Diego, where she has been exposing her arts throughout the years.

She realized her passion for painting in 1994. Her artworks are based on children, home interiors, florals and others.

Her paintings have been sold in galleries and shops throughout Texas, Georgia and California.

In addition to her home refurnishing business and artworks, she also has a passion for politics and major league baseball.

At present, she resides with her husband, Loren Koziol (married since 2012) and son, Thompson Cook, in Dallas, Texas.

She is active on Instagram, where she regularly posts pictures of her artworks and her mains, her husband and baby boy.