Chip Foose net worth and bio: Facts about Overhaulin star

If you are a car enthusiast, then Chip Foose is not a new face for you, after all, he is the designer of several masterpiece cars including Speedbird, Hemisphere, Foose Ford and F150. He is well-recognized for his appearance in the American automotive reality TV series, Overhaulin. The show ran for nine seasons between 2004-2015.

Chip Foose was born in Santa Barbara, California, on October 13, 1963, to Sam Foose and Terry Foose. His father owned a firm, Project Design, which specialized in the automobiles and all. Being around his father, Foose started working in the firm from the very tender age of 7. 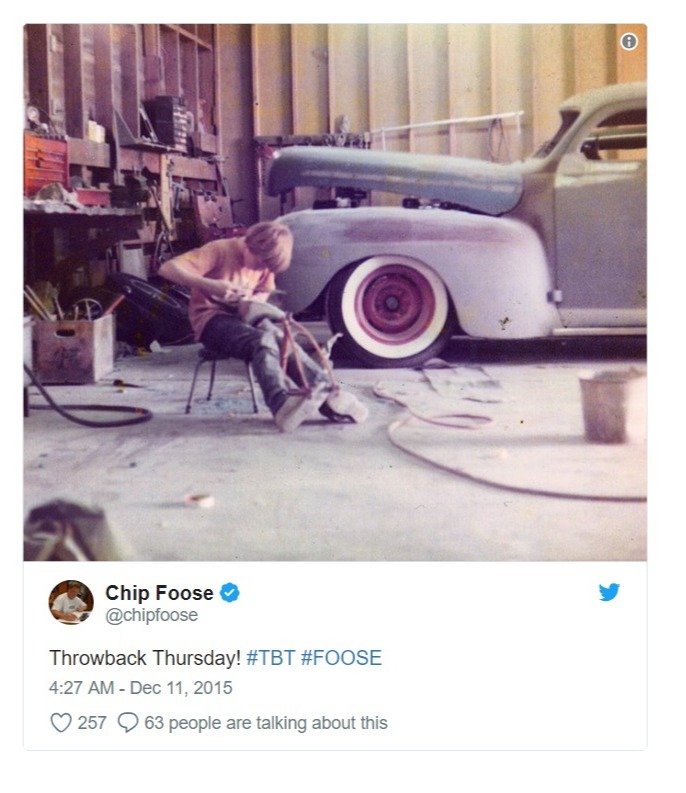 He painted his first car, Porsche 356. While kids get busy collecting sweet, bitter childhood memories, Foose already had 5 years of experience in automobiles under his belt.

Designers Preston Tucker and Alex Tremulis inspired Foose to attend Art Center College of Design in 1982. After 2 years in college, he dropped out due to financial constraints. However, he worked for four years at Clenet Coachworks and managed to graduate in 1990.

Everything you need to know about Aaron Kaufman

Foose forged ahead in his career starting to work at Asha Corporation as Staff Designer/Fabricator in 1986. He also worked for the OEM, where he was responsible for conceptualizing fabrication of prototypes and new proprietary ideas too. 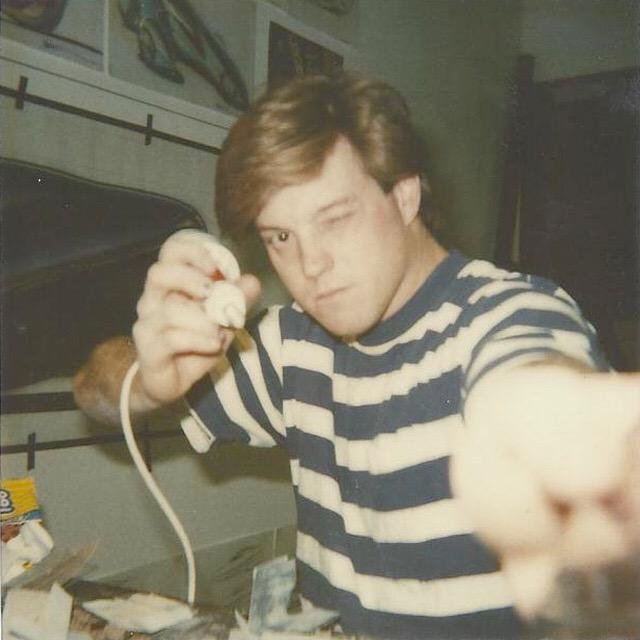 He worked for Stehrenberger Design as an automotive designer. He was also responsible for creating illustrations and conceptual models for the Baker Sportonics, which designs electric vehicles used in NFL and MLB. There he served as a chief designer and fabricator of electric vehicles.

While he was working with different firms, he was giving a hand in his father’s business too. He was designing and building street rods, custom, studio vehicles and show cars for films such as RoboCop, Blade Runner and Gone in 60 Seconds.

Everything about reality star Justin Shearer aka Big Chief

He became the president of Boyd Coddington’s company, Hot Rod by Boyd. He has designed some of the famous cars like Boydster I and II. 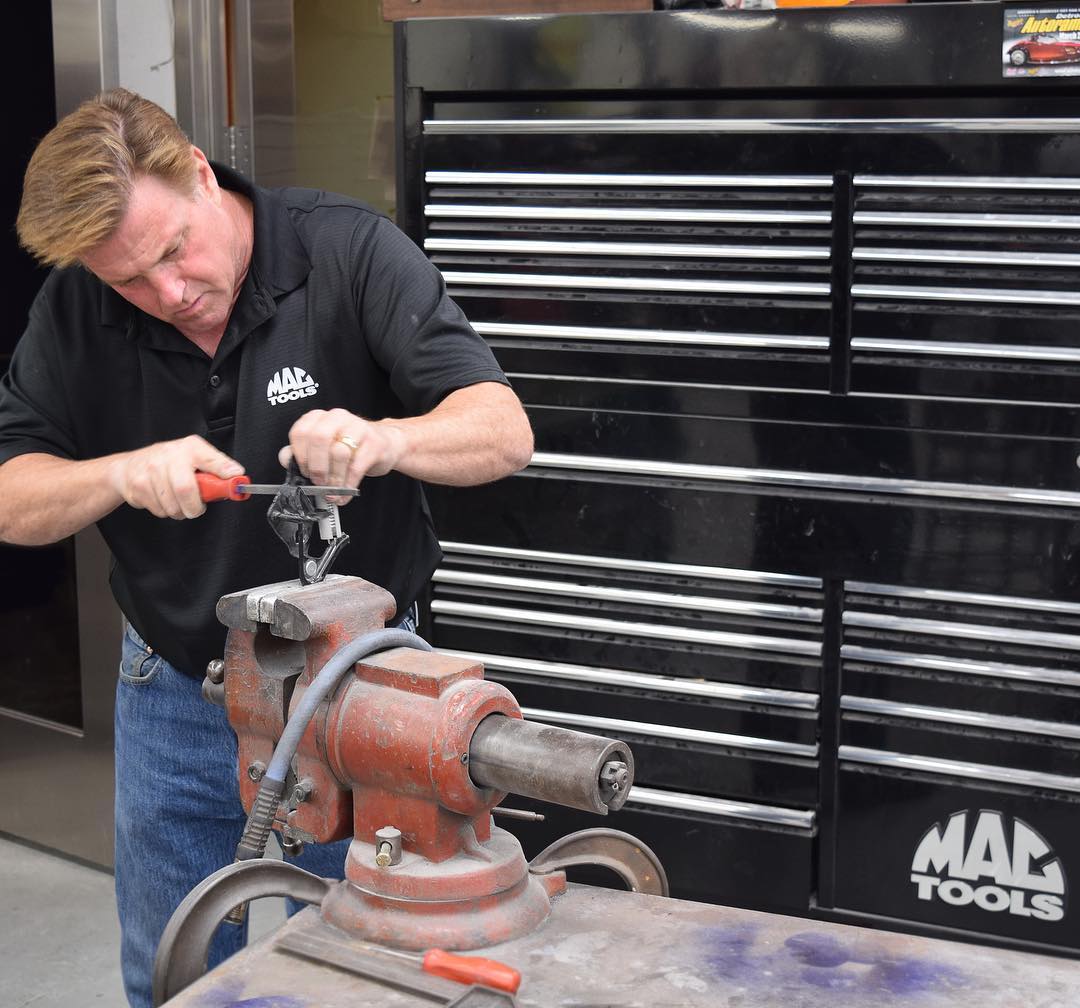 In 1998, Hot Rods by Boyd went bankrupt and then he went on to start his own company. He and his wife, Lynee started an automotive and product design Development Company, Foose Design in Huntington Beach, California. His departure from Boyd’s firm wasn’t amicable as many other builders also followed him on his new company.

His company specializes in the ideation, graphics, illustration, model making, surfacing and complete construction of automobiles and its related products. They supply their products to the television and film producers, automobile manufacturer and also to the private individuals.  In 2003, he gained wide recognition from a TLC documentary for his design and creation of Speedbird, a modified 2002 Ford Thunderbird.

Foose started appearing in the reality show, Overhaulin which aired in late April 2004. The show first tricked the owners and later was presented with an entirely new version of their cars which undoubtedly would be a breath-taking one with Foose and his team restoring in a week’s time. The series ran for five successful seasons along with it made nearly 90 automotive dreams came true. 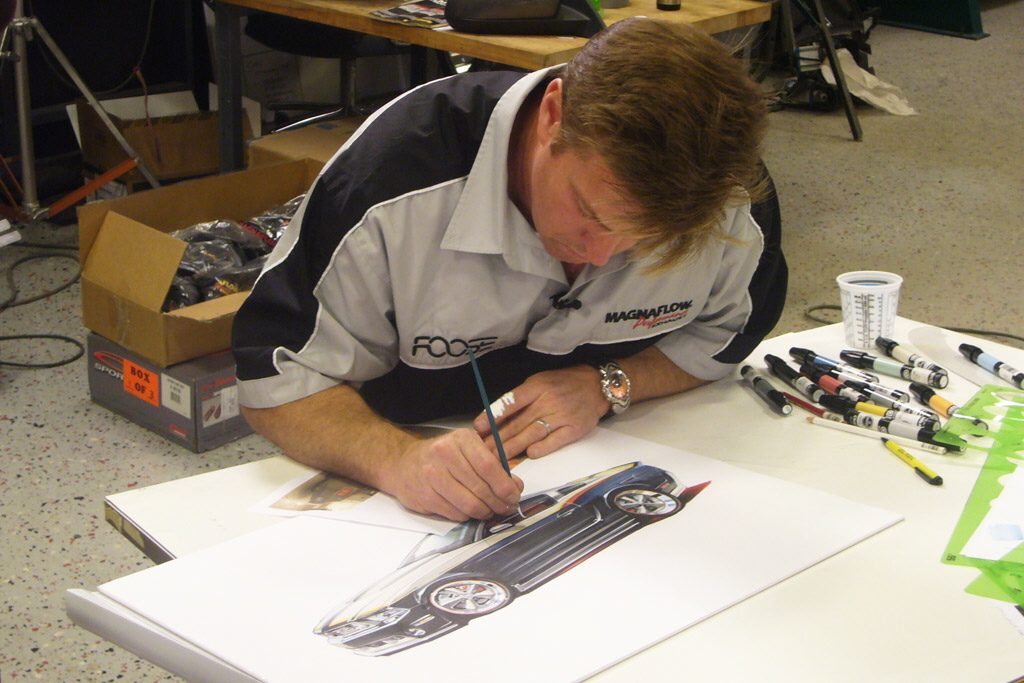 He launched a line of die-cast replicas of many of his famous designs partnering with Johnny Lightning’s creators in 2007. He is 7-time Most Beautiful Roadster Award winner and was 2008 Diecast Hall of Fame inductee.

Later, he returned to the TV in 2009, serving as the guest judge in Ultimate Car Build-Off. He also hosted the docu-series, American Icon: The Hot Rod from 2010-2011 on Discovery’s HD Theater.

His fame followed him ever since, after his departure from the show, Overhaulin. The network relaunched the show on October 2, 2012, with all-new episodes. Further, the show stretched for few more seasons on Velocity and Discovery channels. After the completion of season 9 in November 2015, the show was wrapped up.

Back in past, Foose has also worked with the Gas Monkey Garage team including Aaron Kaufman and Richard Rawlings. He also appeared in Fast N’ Loud in 2016.

What is Chip Foose doing now?

As of 2018, Foose has accumulated an impressive net worth of $18.5 million. He has banked some decent cash and he is using that in charities too. 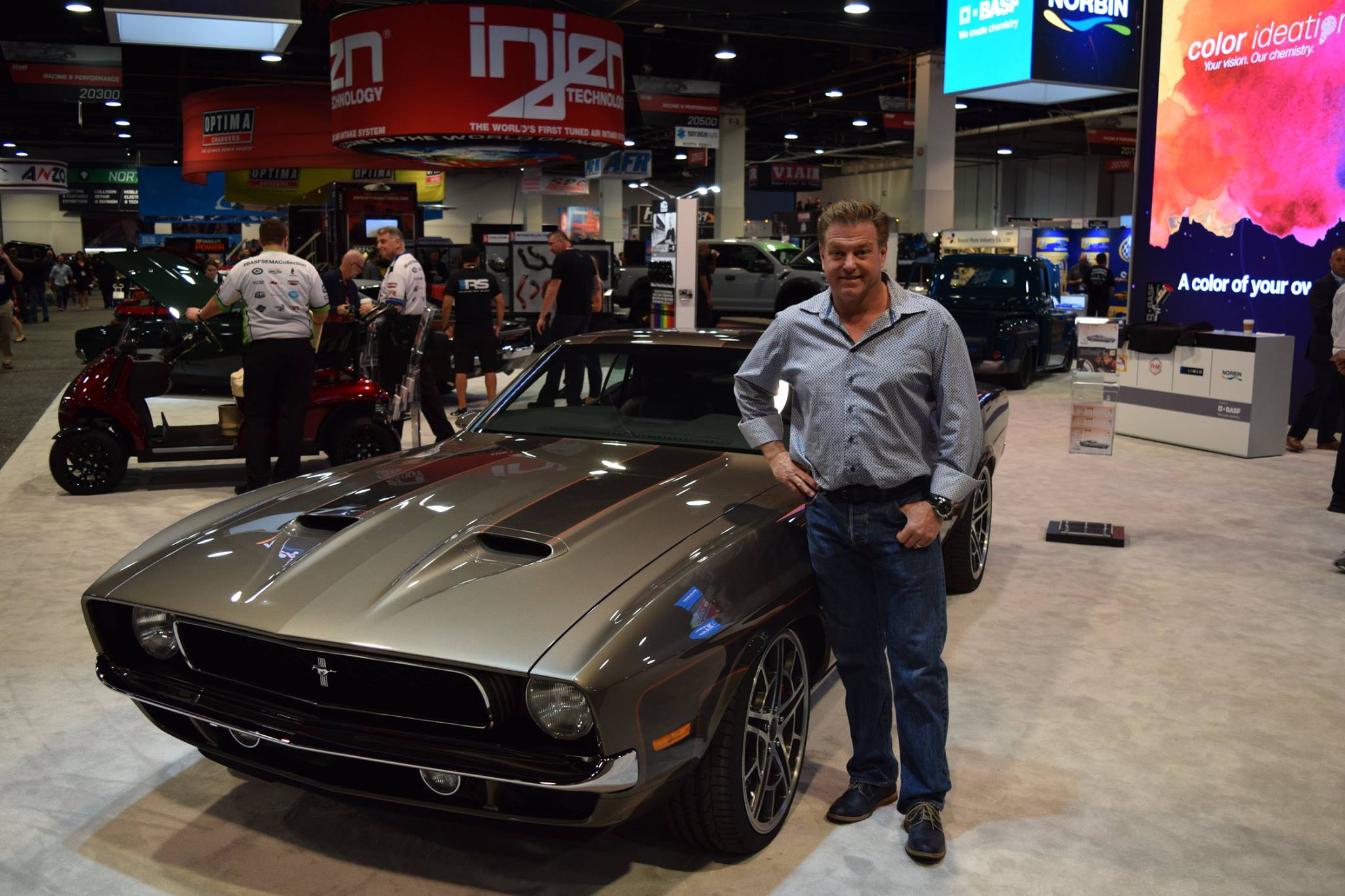 He has taken part in several children’s charities including Childhelp and Victory Junction Gang Camp. For the children’s charities car show of SEMA’s Show N’ Shine public car show, he was also named grand marshal. Besides, he the vice chairman of the Progeria Research Foundation, California Chapter.

Currently, he is doing what he loves to do; designing/fabricating awesome cars. He is also design consultation to the Big Three automakers. Additionally, he frequently updates about his working life on his official Instagram and Twitter pages.

Chip Foose is currently married to Lynne Foose. The couple has been together for a long time now. They shares two kids, Katie and Brock. 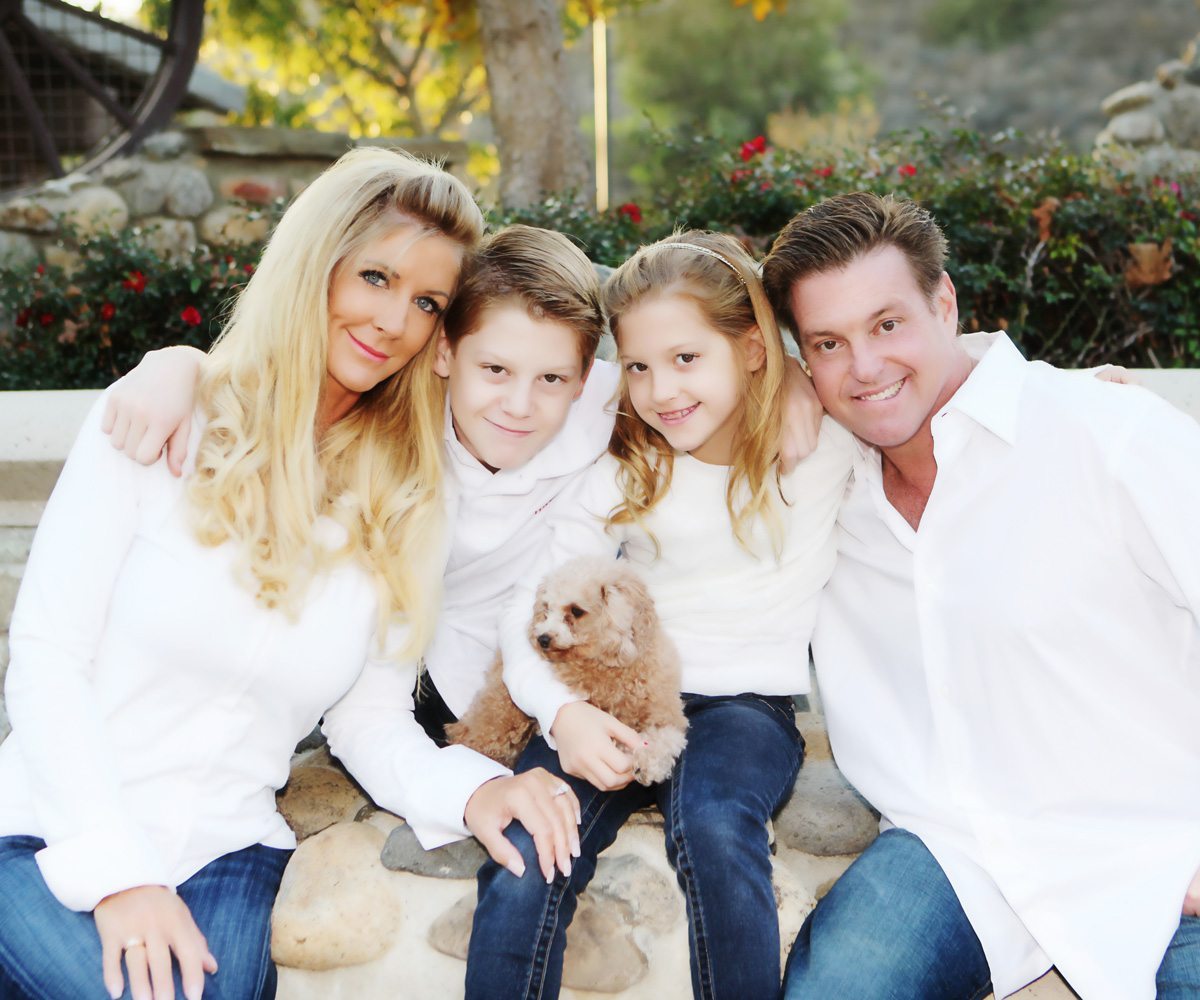 Foose and Lynne’s love for each other is quite transparent in social media. Lynne gifted a Ford GT in the 50th birthday of Foose. Well! What can be a best gift for the car enthusiast like Foose?

Foose is hush-hush when it comes to his personal life. Apart from the names of his family members, he has not shared much details. As of now, the family of four is residing in Southern California.

He was born on October 13, 1963, in Santa Barbara, California to Sam Foose and Terry Foose.

Foose started working on automobiles at age 7 for his father’s company, Project Design.

Inspired by designers Preston Tucker and Alex Tremulis, he attended Art Center College of Design in 1982.

He dropped out of college after two years due to financial difficulties and completed his graduation after 8 years.

In the early 1990s, he worked for Stehrenberger Design and Ford Motors.

Later, he became the president of Boyd Coddington’s company, Hot Rod by Boyd, where he designed famous cars like Boydster I and II.

He became the youngest person to be Hot Rod Hall of Fame inductee in 1997.

In 1998, after Hot Rods by Boyd went bankrupt, he started his own automotive company called Foose Design.

His departure from Boyd’s company wasn’t amicable because other builders also followed him on his new company.

Foose gained high exposure in 2003 for his design and creation of a modified 2002 Ford Thunderbird called Speedbird.

A year later, the TLC series Overhaulin’ began to air with Foose as the main cast of the show.

The series ran for five seasons from 2004 to 2008 on TLC and after a four-year hiatus, season 6-9 was aired on Velocity and Discovery channels.

In 2006, he launched a line of diecast replicas of many of his popular designs partnering with Johnny Lightning’s creators.

He was 2009 Diecast Hall of Fame inductee and is a 7-time Most Beautiful Roadster Award winner.

As of now, he continues to operate Foose Design and provides design consultation to the Big Three automakers.

He has accumulated a huge net worth of $18.5 million.

He has been married to Lynne Foose for a long time.

The couple resides in Southern California with their two kids, Katie and Brock.

Everything about Ryan Martin, The List topper who won the Mega Race against Richard Rawlings