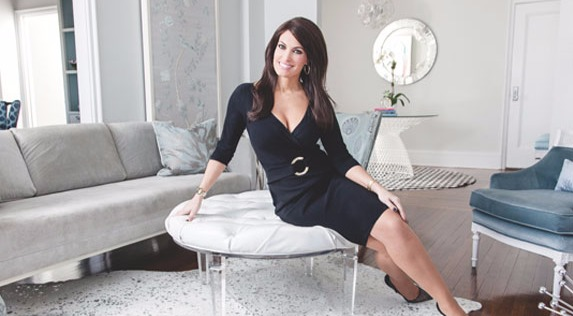 Kimberly Guilfoyle is a Fox News anchor and a legal analyst.

She is a former prosecutor and the former First Lady of San Francisco.

She was a strong contender for the post of press secretary in Trump administration, which was eventually filled by Sean Spicer.

Here are the facts you probably did not know about the hot Fox anchor.

Kimberly supported herself through law school with the money she earned from modeling.

She modeled clothes, swimwear and lingerie for brands, including Victoria’s Secret.

While she was the First Lady of San Francisco, she hosted Prince Charles and his wife Camilla during the visit.

She even shared an apple tart with the Prince of Wales.

Is a twice divorcee:

She has a son, Roman Anthony Villency from her second marriage.

Is a Former Actress:

She appeared in a 2004 movie, Happily Even After which was a part of the Tribeca Film Festival.

She portrayed the role of an attorney alongside Ed Asner and Marina Temple Black.

Has a Huge Net Worth:

Kimberly Guilfoyle has collected an estimated net worth of $5 million.

Her net worth can be credited to her career as a model, television personality and a prosecutor.