Al Roker and his weight loss story: Learn about his strict diet! 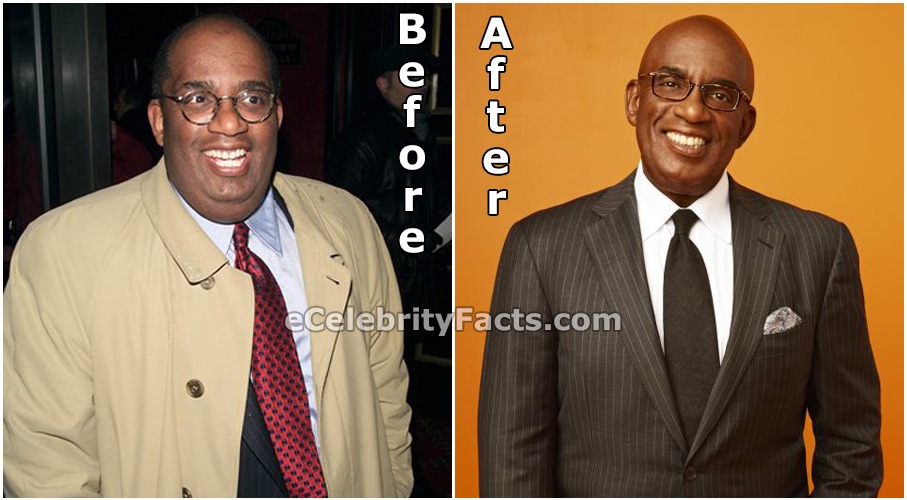 Al Roker has shared his emotional weight loss story in his book Never Goin’ Back: Winning the Weight Loss Battle for Good. The weight issues led him to several health problems and impacted his everyday life, marriage, and career.

Within a year of the operation, he managed to slim down to 190 pounds. However, he started eating unhealthy on a rebound while his mother was hospitalized and gained 40 pounds again.

He has admitted that a month after the operation while covering an event at The White House, he accidentally pooped his pants after eating something that didn’t agree with him. It was a side effect of gastric bypass surgery.

What helped him afterward was his inspiration to diet control and exercise. He embarked on a 28-day detox cutting out alcohol, caffeine, sugar, dairy, and gluten. After a month, he lost 28 pounds. Then, he altered his eating habits, focusing on unprocessed food rich in protein and low in carbohydrates and completely avoiding processed and junk foods.

Moreover, he embarked on a slow method, a workout schedule involving 30-minute exercise sessions three times a week. His inspiration to get trimmed led him to adopt the routine that works for him, including cycling to and from work.

Roker’s meals include lean meats, legumes, salads and fruit smoothies, and vegetables. To keep him himself twice a day, in the morning and before bed. He says h to keep himself on track is never going back to fat.

With the same conditions as his, he has detailed his painful story in his book Never Goin’ Back: A Winning a Weight Loss Battle for Good, released in 2013.

The weight issue was taking a toll on his marriage

Roker’s marriage became strained by his obesity. His wife, Deborah Roberts, found that she could not intervene and said that food was the third person in their relationship.

He said that his wife was size four and used to run and work out regularly. While she would get up and go on a morning walk, he would be sitting on the couch or making breakfast for the children. He was quite happy with the choices, but she wasn’t.

He said, ‘She was upset about it. She was frustrated and angry. She thought, ‘Why don’t you care enough about yourself, and why don’t you care about me and our relationship enough to change?”

He made a promise to his dying father to lose weight. Perhaps, he wouldn’t have taken it more seriously if his dad had said this on any other day. But since it was a deathbed promise, he felt a sense of responsibility to keep his words.

Over the years, weatherman Al Roker has delivered an uninterrupted 34-hour forecast, traveled nationwide in one grueling week and has even managed to provide weather coverage from inside powerful Hurricane Wilma. He has faced numerous health issues while facing those crazy challenges.

He had to undergo surgery on his left knee in 2001 following a bad car accident. Then, he favored his right knee. However, he started having a problem with his right knee that took a toll on his everyday activities.

He wanted to avoid surgery, undergoing physical therapy and other processes, but he had no option at the end other than to get help from the surgeon. In 2016, he got his right knee replaced at the Hospital for Special Surgery in New York City.

This time, he recovered quickly with the help of skilled doctors, physical therapy, and technological leaps. Instead of a restful recovery, he was prescribed exercises focused on balance, strength, and agility. He returned on-air after less than two weeks after surgery.

Net worth and salary of AI Roker in 2017? Know his income sources