Skip to content
Home » Entertainment » Dylan Dreyer and her husband are happily married!

Dylan Dreyer and her husband are happily married! 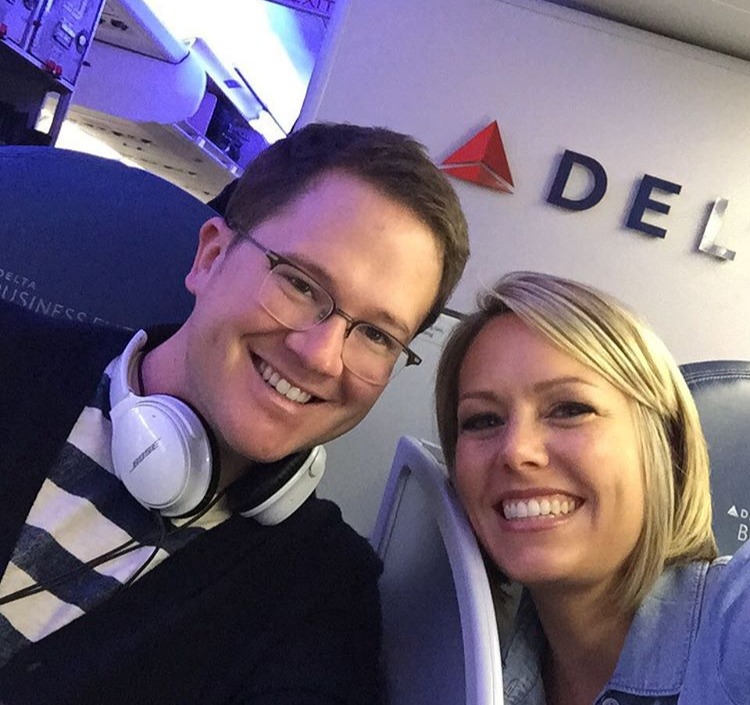 Dylan Dreyer is married to Brian Fichera. Her husband serves as a news camera person at NBC. The couple is parents to son Calvin.

Dylan Dreyer and her husband welcomed a son in December 2016

Dreyer and Fichera have been married since 2012. The couple announced their first pregnancy on June 10, 2016Shehe often shared her pictures on social media sites with the enlarging baby bu during her pregnancy.

The couple nicknamed their yet-to-be-born baby Biscuit. They were sure that the baby would “be a combination of both of them” and that both would love him with the “love they have for each other.” The baby, a boy, was born on 17 December. They have named him Calvin Bradley Fichera.

Dreyer and Brian Fichera on their wedding day

The Today host, Dylan Dreyer, announced her pregnancy during an on-air segment of Today in an interesting way. The news was revealed as she, along with other Today hosts, was playing a game of answering cheats picked from a fishbowl. Dylan picked a cheat that asked if she was pregnant, and she gave a positive response.

In her pregnancy diary with Today Show, she admitted that she was extremely terrified by the prospect of parenthood. She also claimed that she had not changed anyone’s diapers yet.

She said, “I feel like there’s going to be this moment where I live my life for someone else…What if I don’t like the way my life changes?”

In a video, Dylan mentioned that she was decorating her child’s nursery with a car theme: cars on the Brooklyn bridge, “framed paintings of cute cars,” and complementing rugs.

How did Dreyer maintain her figure after pregnancy?

Dreyer’s fans always knew her for maintaining an amazing body shape. At the same time, she has also been the talk of the town for the strict plans that she maintained while pregnant.

Although Dreyer has not spilled any secret about her fitness, she shared a picture of her doing yoga with other pregnant colleagues during pregnancies.

A woman who takes good care of herself during such a sensitive time must be obviously into yoga and workouts during other times. After all, Dreyer has always charmed the television screen through her radiant appearance.

Everything to know about Dylan Dreyer