Skip to content
Home » Entertainment » The Hillstrands Have Quit Crabbing! F/V Time Bandit is on Sale!

The Hillstrands Have Quit Crabbing! F/V Time Bandit is on Sale! 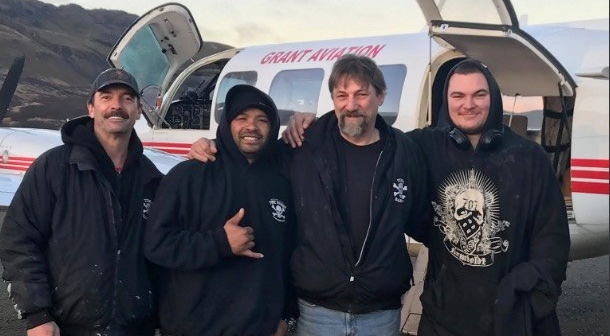 It was announced that the Hillstrands and F/V Time Bandit would be absent from season 14. Fans desperately missed them on season 14 and hoped for their return for season 15, premiere on April 9. But, recent news has ruled out their hopes.

F/V Time Bandit is on sale. The legendary boat featured in Deadliest Catch since season 2 has hit the market for a whopping $2,888,888 million. Their father designed the 113-foot ship built in 1991 and co-captained by Johnathan and Andy Hillstrand.

Johnathan took the helm during the King crab season and Andy during the Opilio crab season, while their youngest brother Neal served as an engineer. Most of the Time Bandit crew was made up of the Hillstrand family. Neal’s sons, Axel and Phillip, worked as deckhands. The vessel, which boasts approx.

20,000-gallon fuel capacity can hold 175,000 pounds of crab and 365 000 pounds of salmon in its refurbished fish holds. The boat’s interior has some unheard comforts, including a four-person sauna, staterooms with queen-size beds and a dishwasher.

In October 2019, Neal filed for divorce from Sugayle Marie Hillstrand, agreeing to fork over $10,000 to her if the Hillstrands ever sell the boat. As part of the divorce, Neal paid his ex $15,000 in November and has to shell out $1,500 per month for six months.

Though Johnathan retired in season 13, he showed up at the helm while leaving from Dutch Harbor to fish for King crab in October 2017. Johnathan’s close friend, Sheryl, who manages his social media, notified fans that he was back to crab fishing through his official Facebook page. In April 2018, he expressed his desire to be back on the show and appealed to fans to let the network know if they wanted him back on the fleet.

Yes I’m still fishing ! The dam tax man and those bill collectors won’t let me quit! No cameras except my I phone here 🙂 let Discovery channel know if you want Time Bandit back next year 🙂 love you all !! pic.twitter.com/cchqXbALRX

His departure seemed to be due to his contract issues with Discovery, but nothing has been confirmed yet. Now, Captain Johnathan is busy touring throughout the US and participating in fishing and hunting seminars. What do you think of F/V Time Bandit’s sale and the Hillstrands’ retirement from the Bering Sea?