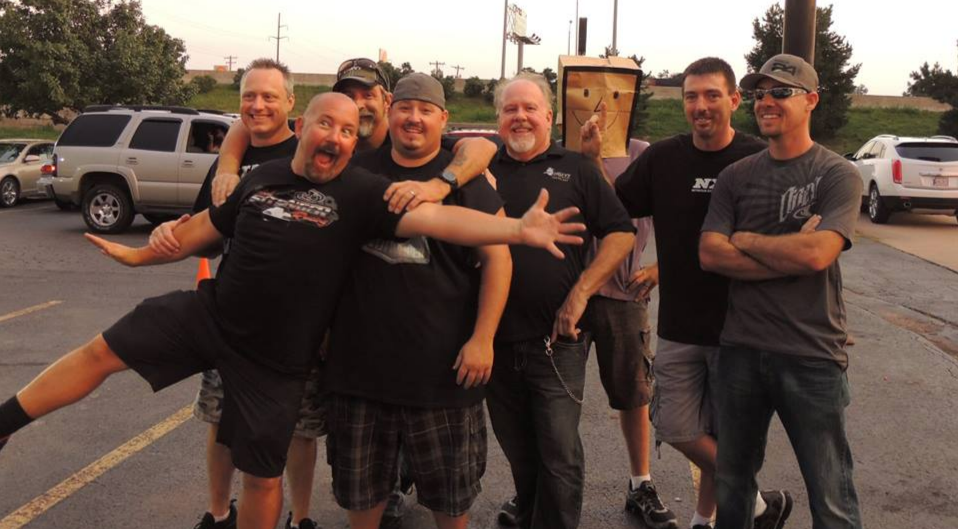 Street Outlaws is an American drag race series that airs on Discovery Channel. The show features a group of street racers competing against one another to be on top of The List.

The cast members consistently upgrade their cars to build the fastest ride on the race track. So let’s have a look at their racing machines!

Ryan Martin is perhaps the most admired racer on the Street Outlaws. He has been burning up the tires in the streets of Oklahoma with his 2010 5th Gen Camaro SS aka Fireball Camaro, since the first season of the show. The Fireball Camaro holds Twin Turbo, making it one of the fastest cars on the street.

Currently, Ryan is on the #1 spot on The List, above Big Chief’s runner-up. On March 5, 2018, he won the Mega Race against Richard Rawlings and GMG crew. Besides racing, he is co-owner of an automotive shop named B&R Performance-based in Oklahoma City.

Justin Shearer, aka Big Chief, has been starring on the Street Outlaws ever since the show first premiered in 2013. He used to race with The Crow during the show’s initial seasons. Unfortunately, the car was destroyed in a brutal accident while going head-to-head against Chucky on November 14, 2014.

However, he is back on track with an upgraded version of the car with all-new 1969 Pontiac Lemans, named ‘The New Crow.’ This upgraded car runs with a Pontiac 482 ci V-8 engine that accommodates the power of 2,500 hp at high RPMs. Currently, he stands in second place on The List.

Daddy Dave was once the reigning King of Streets on the Street Outlaws after defeating everyone with his 1966 GMC Sonoma S10 pickup. He used to drive his nitrous-fed Chevy Nova named Goliath since he was 16. Later in August 2015, he was involved in a severe car crash that completely wrecked his car.

Dave built a new car, a customized 1963 Chevy Nova aka Goliath 2.0. The ride has been boosted with the Proline 481X and F3 and Fuel Tech FT600, making it much faster than the older version of the car.

Chuck has been part of the Street Outlaws since its inception on June 10, 2013. He was the winner of the 2004 Nitrous Express P/4 XBOX Cup Championship. At the end of 2004, he was also crowned Rookie of the Year by the NOPI Drag Association.

Here’s All You Need to Know About Street Outlaws’ Kye “Shocker” Kelley!

James “Doc” Love is one of the fiercest racers on the Street Outlaws. He has already made it to the top of The List in a short time. However, his reign on the #1 spot was short-lived as he lost the place to Shawn and Daddy Dave. As of now, he ranks in the fifth position on the List.

Shane McAlary became part of Street Outlaws in the show’s sixth season. Before making his way on The List, he was already well-known in the racing world. He got his first ride, 1977 Chevy Vega, aka Black Bird Vega, at 16. During the initial seasons, he drove the Black Bird Vega in the streets alongside his co-driver, Bob.

He suffered a massive crash, but he made a comeback on the show with a quick recovery. His new Blackbird Chevrolet Vega features an F-3R-121 ProCharger with 2000 horsepower, Gen 1-style small block V8. His car collided in a race against Big Chief in the semifinal round of elimination match. Despite being new on the list, he has become a significant threat to his opponents. He currently stays in #6 on The List.

Although Dominator is one of the newer members of Street Outlaws, he has already managed to get on The List. He has maintained his consistency on the show from the very beginning. He used to ride a 56′ Chevy back in the past, but soon after the competition got tougher, he switched his old ride with a faster 1967 Dodge Dart.

His new Dodge Dart holds a Big Block Chevy engine, making it one of the fastest cars in the street. After going through a substantial modification, the motor is a massive threat to the opponents. His last race was against Shane McAlary.

Best known by Monza, Jerry Johnston earned his fame after starring in Discovery’s reality series, Street Outlaws. He has been racing since the 80s and is considered the most technical driver on the show. He drives a jet-black 1972 Chevrolet Camaro Rally Sport. Sinister Split Bumper.

Everything you need to know about Street Outlaws cast Chris “BoostedGT” Hamilton.

Sean Whitley is well-known by Farmtruck among the fellow cast members of Street Outlaws. He made his debut on the show along with his partner, AZN, in 2013 and has been a prominent member of the show since then.

He drives a 1970 Chevy long bed truck with rusty orange paint, a camper shell and plenty of dents. His racing machine currently holds an upgraded 632 big block Chevy motor. He recently unveiled the new car, Gonorail, for Motor Mega Week and his friend AZN. Fans of the series know them as the Dynamic Duo.