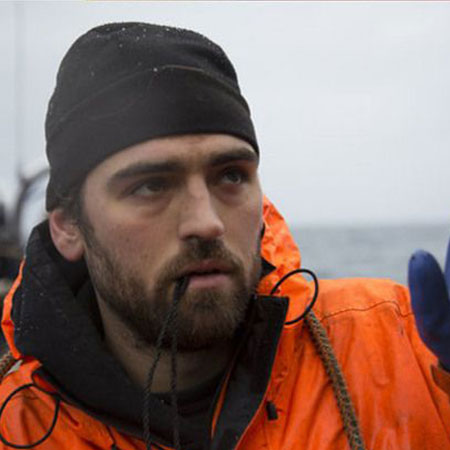 He is the son of the Captain Wild Bill Wichrowski and Karen Gillis. He has a sister, Delia and a brother, Jake.

Zack grew up in Woodinville, Washington, and his interest in catching crabs in the Alaskan water developed at an early age.

He first got his taste of the Bering Sea at 13, when his father invited him to Alaska during the salmon tendering season.

He completed his schooling at Cedar Park Christian High School and went to graduate in biology from the Seattle Pacific University.

Then, he worked as an emergency medical technician for three years, until he reunited with his father on the sea at the age of 25.

He got into the commercial fishing joining the F/V Kodiak in 2010 and spent two and half years on the boat as an integral part of the crew.

Afterward, in 2012, when Captain “Wild” Bill took the helm of F/V Cape Caution, he followed him there.

The father and son continued the journey together and later joined the F/V Summer Bay in the season 13 of the show.

Throughout the years, Zach has tried hard to become the best deckhand, but he has always targeted the wheelhouse.

However, Captain Wild Bill’s doubt on his son’s confidence and attitude has brought clash between the father and son a few times.

In May 2017, he announced on Facebook that he has parted ways with his dad and has joined F/V Brenna A.

He also asked fans about their views on his decision.

He will be appearing as an engineer in the F/V Brenna A, among the young crew members, in the season 14 of ‘Deadliest Catch.’

He tied the knot with his girlfriend, Dulce Zuloaga in April 2017.

During the off-season, he resides with his family in Sonora, San Carlos, Mexico.