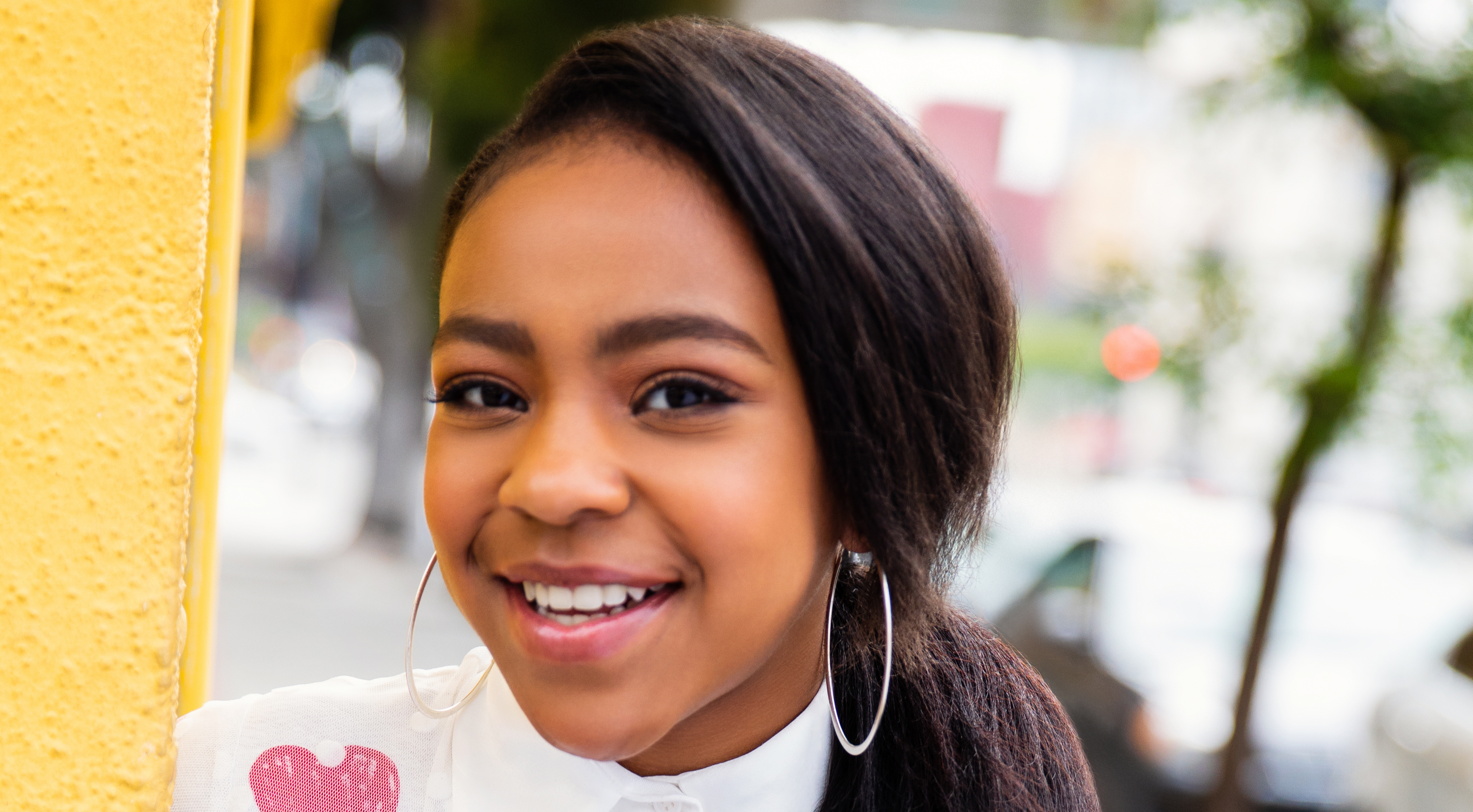 Priah Ferguson is an American actress, who is best known for portraying the role of Erica Sinclair in Netflix original series, Stranger Things. The 12 years old actress has been giving her best on-screen and let me tell you something; it has been highly appreciated. Without her savvy and sassy attitude, Stranger Things wouldn’t have been the same.

While you’re probably binge-watching the new season, you should know something about this show-stopper. Like Erica would say, here’s everything you need to know about Priah Ferguson nerds.

Born on October 1, 2006, in Atlanta, Georgia, she is the eldest of two girls. Her quick wit personality always had people hooked. Her parents, who are also artistic, introduced her to acting when she was just 5 years old. She immediately loved the theatre where her natural timing and peculiar acting style was noticed.

Her family fully supported her idea of becoming an actor. She landed her first acting role on the critically acclaimed FX series, Atlanta. After that, she appeared on VH1’s Daytime Divas and PBS series, Mercy Street. Local representations soon led her doing award-winning short films and cool commercials like the one from Ikea.

In 2015, she did a video for United Way of Greater Atlanta. The footage collected such an immense amount of positive response that Ferguson was made the official Spokeskid for their Atlanta chapter.

Priah initially played a secondary character on the second season of Stranger Things. It’s no secret that Erica annoys her big brother, like in any other brother-sister relationship. Remember that time when she savagely ripped Lucas and his friends, who were dressed as The Ghostbusters for Halloween in the “Trick or Treat, Freak” episode.

We all knew Stranger Things 3 had stored some good content when our saucy little girl officially joined “the gang.” Matt Duffer, the creator of Stranger Things, said that he loved Erica and that she’s very “GIF-able,” if that’s a word. In the newest season, Erica has some hilarious comments and shuts down Dustin and the gang for being nerds. She even puts Steve in his place by calling him a “bald bastard.” (Spoiler!)

Despite her dominating nature, this sass queen became one of the members of Scoops Troop which included Dustin Henderson (Gaten Matarazzo), Steve Harrington (Joe Keery) and a fellow new-comer, Robin (Maya Hawke). And yes, you’ve guessed it right. She calls them nerds. These four have created an unbreakable bond both on and off the screen. Gaten Matarazzo posted an adorable picture on Instagram featuring the iconic quartet on July 8, 2019. They too are even Scoops Troop in real life.

The savage Erica on Stranger Things is more like a diva on Instagram. Dream big, Work Hard, Have Faith is what she has on her bio — pretty grown-up for a 12-year-old, right?

I had an amazing time celebrating the premiere of @strangerthingstv 3! It’s almost here guys. Special thanks to my wonderful village of family & friends for your support. I love you all.❤️ Stylist: @apuje Hair: @hairjunkierandy Makeup: @rebekahaladdin Nails: @tahne.montana Dress: @marcjacobs Boots: @kendallandkylie

She is seen promoting the show as she posts tons of behind the scenes pictures. Apart from knowing how to shut other people up, she also knows how to style pretty well. She posted a photo of herself wearing one of the stunning creations of Marc Jacob with a shiny pair of boots by Kendall And Kylie on the premiere of Stranger Things 3.

She says that she’s her own worst critic and well that’s just adorable! She has won millions of hearts and minds with her perfect acting on-screen snark.

All we can say is that this girl’s going places!