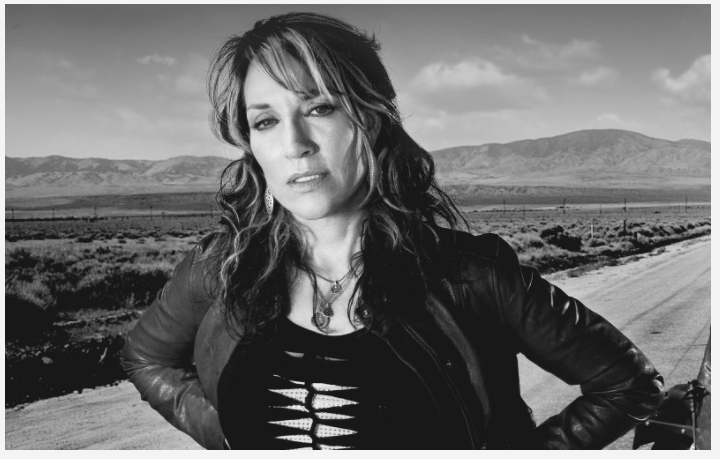 More than three years after the end of fan-favorite biker drama, Sons of Anarchy, fans are relieved for its return in the form of a spinoff, Mayans MC. While fans were sad that Charlie Hunnam wouldn’t be reprising his role as Jax Teller in Mayans, you might get more SOA characters in its spin-off.

It was already known that Emilio Rivera was reprising his role as the president of the Mayans MC Oakland Charter, Marcus Alvarez. The show will be connecting several dots with Sons of Anarchy, and that started with none other than former biker queen Gemma Teller (played by Katey Sagal).

While recently confined, EZ (played by JD Pardo) breaks up with his girlfriend, Emily (played by Sarah Bolger). We can see Gemma in the background of a prison visiting room.

After EZ ends his relationship with Emily, she reveals her pregnancy, which leaves EZ unhinged—attacking guard trying to get Emily to return and talk about their child’s future. Gemma witnesses the entire scenario while sitting alone, waiting for EZ’s fellow inmates.

With these surprising sightings, if you are anticipating more SOA moments in Mayans MC. Likewise, creators will likely not disappoint SOA fans. Mayans MC co-creator Kurt Sutter shared at the Television Critics Association press tour in a small group interview,

Having Gemma there in the pilot was fun for us and will speak to something we want to do later on. It’s a little bit of a nod to Sons, but I think also there’s a reason why she was there and we’ll find out what it is later on.

Another co-creator, Elgin James, told GameSpot about the connection to the original series. Moreover, Kurt plants “all pay off somehow” and clarifies that nothing is just thrown away. Creators are working on the plots, not just trying out things, bringing in “sensational one  hit kind of thing.”

To every appearance of SOA characters, “There has to be an integral part of why it’s important to the new mythology,” Kurt divulged. But “it would really have to be integral to the story,” for Kurt to bring Jax Teller back in flashbacks.

Catch the spinoff show on Tuesdays on FX at 10 PM ET.