Rachael Bland, Host of #YouMeBigC podcast, passed away at 40 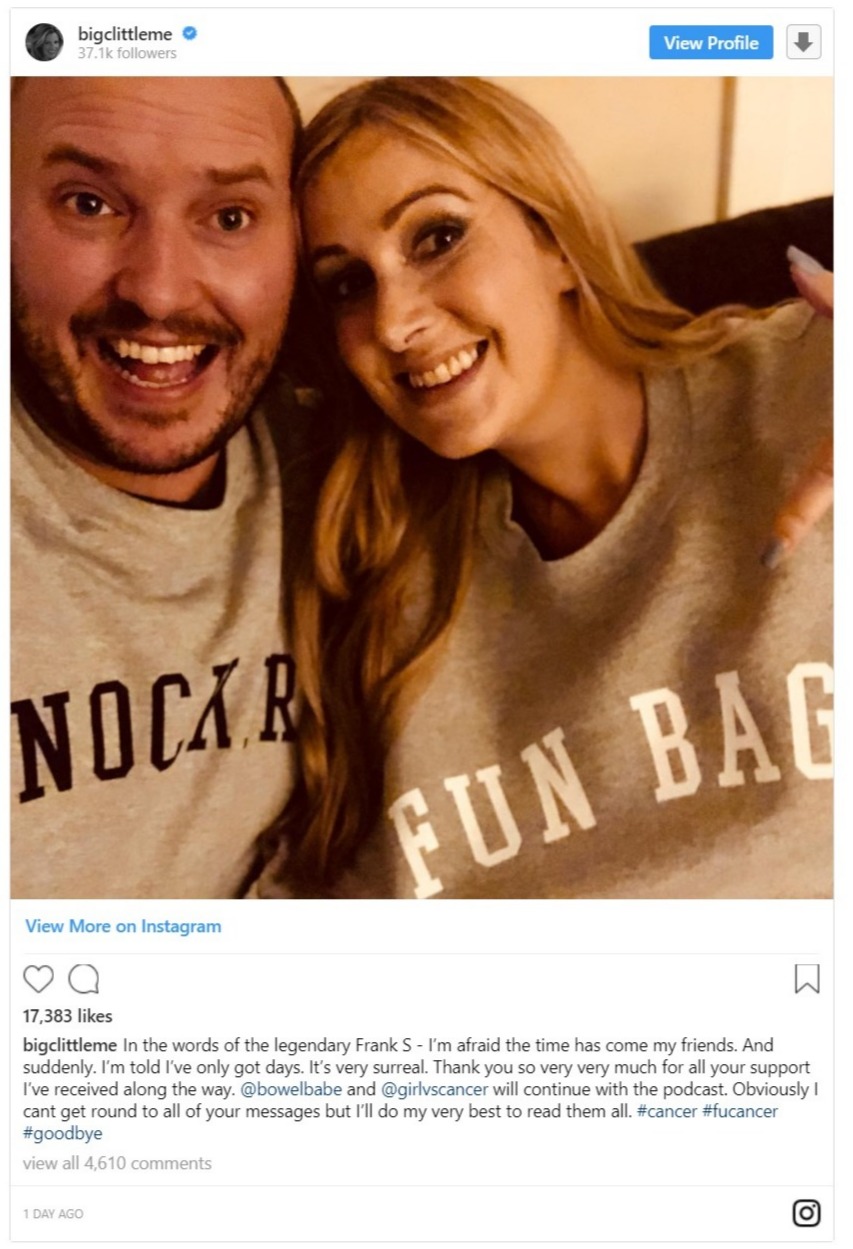 You, Me and the Big C co-host, Rachael Bland, who had recently shared that she only had “days to live,” passed away at 40. BBC reported that her family and friends who were close to her confirmed she died peacefully at her home.

The journalist, who worked on BBC Radio 5 Live, was diagnosed with primary triple-negative breast cancer in November 2016 after finding a lump under her arm. After discovering that she had cancer, she began blogging about her experience as a patient, later drawing on it to produce the BBC series You, Me and the Big C.

Following the death of his wife, Steve Bland showed his love by saying,

She was an incredibly talented broadcaster as well as a wonderful and much-loved daughter, sister, aunt, niece, wife and, most importantly to her, a mother to her precious little Freddie.

In August, Rachael said she was writing a memoir to leave for her two-year-old son, Freddie. Moreover, the late TV presenter stated it was a “love letter to my beautiful boy.”

BBC’s You, Me and Big C Host Rachael Bland Living Last Days of Her Life for Son

Rachael started working for BBC more than 15 years ago as Rachael Hodges and married her colleague Steve Bland in 2013. She has also appeared on BBC Radio 5 Live and worked as a news presenter on the BBC News Channel and BBC World.

Many of her friends and workmates took to Twitter to remember her. Rest in peace, Rachael Bland. You have been an inspiration to all and will always be remembered among us.