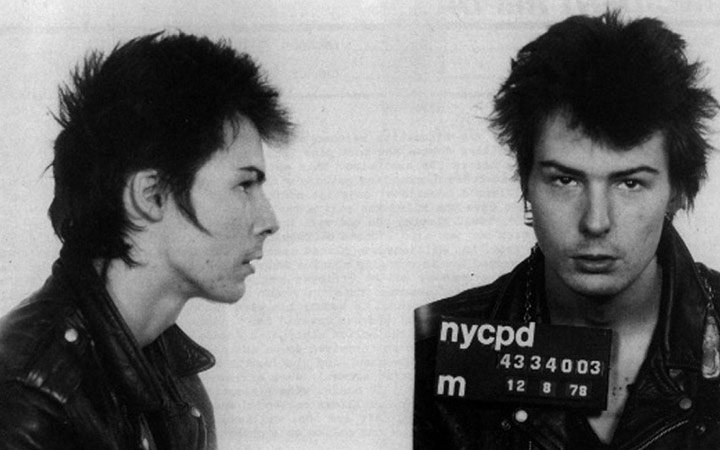 Sex Pistols’ bassist Sid Vicious had troubles with drug addiction since a young age. He began his music career in 1976 and within a few years he and his band the Sex Pistols had become a worldwide success.

He went on to pursue a solo career but it didn’t last long.

On October 12, 1978, Vicious was arrested for the apparent murder of his girlfriend and manager Nancy Spungen. He had stabbed her to death.

According to Vicious, he had woken up to find Spungen dead on the bathroom floor of their hotel room and although he did stab her, he “never meant to kill her.”

Ten days later, Vicious tried to kill himself twice; once by slitting his wrists and later trying to jump from a hospital window.

He was once again arrested in December for assaulting singer Patti Smith’s brother Todd Smith. He went to jail for 55 days and was released on bail on 1 February 1979. He died later that evening after overdosing.