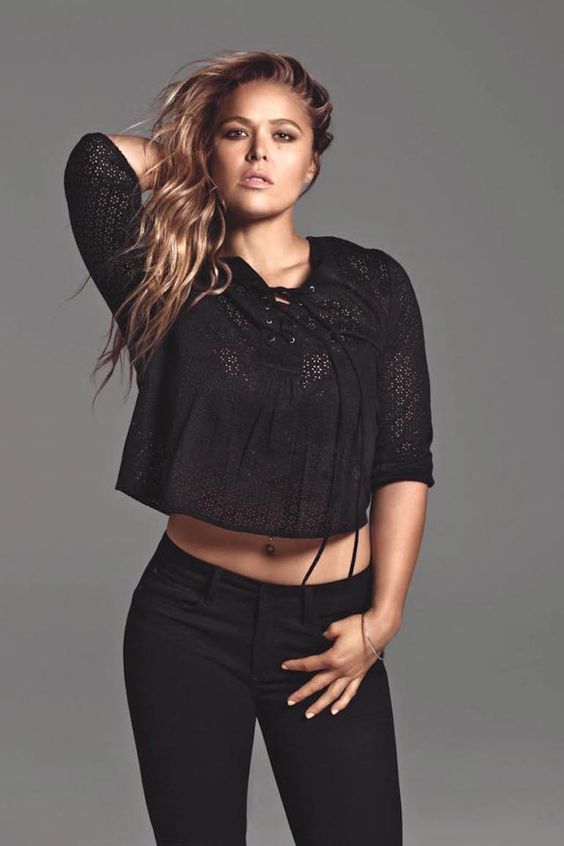 American MMA fighter and judoka Ronda Rousey is a beauty with brans. Unlike most of the women in this list, she is the rough and tough one. But this fierce athlete also has a raunchy side, most people do not know of.

Ronda has a height of 5 feet and 7 inches and weighs 135 pounds. With a body measurement of 34-25-34, her body is something women kill to have. She is often seen in sports bra and tights which shows off her body curves and abs. Thanks to her good looks, she has landed roles in action packed movies like The Expendables 3 and Furious 7. She was voted the Best Female Athlete ever in a poll conducted by ESPN in 2015.