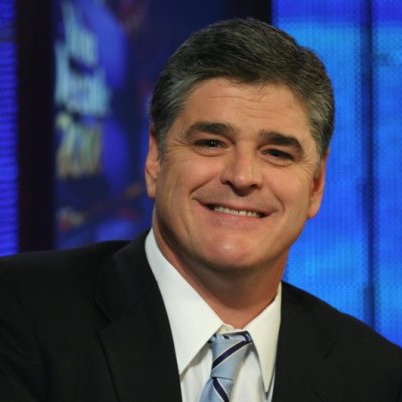 Hannity is also a television host who hosts news show Hannity on Fox News. Apart from this, he has drawn significant attention as a conservative political commentator and an author.

Hannity was born on 30 December 1961 in New York City, New York, United States. He was born as one of three children of Hugh Hannity and Lillian Flynn, both of whose parents had immigrated from Ireland.

Success from Fox News’ Hannity, and net worth

Sean has established himself as one of the most influential conservative voices in the US at present. He has been hosting his show, Hannity, since 2009 and has published three New York Times best-selling books. Before Hannity, he hosted three other shows on Fox News; Hannity and LTBD,  Hannity & Colmes, and Hannity’s America.

Moreover, he is one of the highest-paid radio and television hosts who was ranked 89 among Forbes’s 100 highest paid celebrities in 2015. At present, his net worth is estimated to be around $80 million.

The 55-year-old host is married to Jill Rhodes Hannity. The couple, along with their two children, is living in New York at present. His son, Patrick, was born in 1999, and their daughter, Merri Kelly was born in 2002.