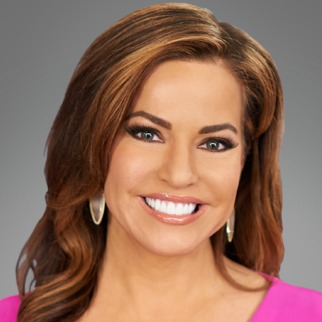 Robin Meade is an Emmy Award winning American television journalist best known as the lead anchor of HLN Morning Express. She is a former Miss Ohio and a 1992 Miss America semi-finalist. She is the author of Morning Sunshine!: How to Radiate Confidence and Feel It Too and has released two country albums.

Robin was born on April 21, 1969, in New London, Ohio. She is a graduate of Ashland University and Malone University with a major in programming and production along with a minor in political science. She started her career in journalism from WMFD-TV, Mansfield, Ohio.

Her career took turns for good when she joined CNN in 2001. She got a bigger audience and started her own air show- Morning Express with Robin Meade. Her morning show is now one of the top trending news shows.

Robin is currently working on Morning Express with Robin Meade along with Bob Van Dillen, Mike Galanos, and Jennifer Westhoven. In addition, she is also working as a host at the Oprah Winfrey Network show – Ask Oprah’s All Stars with Dr. Phil McGraw, Suze Orman, and Dr. Mehmet Oz. She has accumulated a net worth of $4.5 million and is reportedly earning a $400 thousand salary. Her book sales and earnings from her songs also add to her net worth.

Robin married her long-time boyfriend Tim Yeager in 1993. They don’t have any children yet.