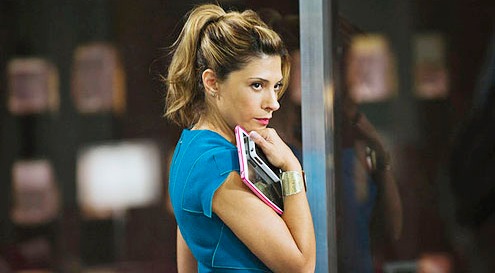 The versatile, hot and sexy Callie Thorne is an American actress who is best known for her work as an actress and producer. Some of her memorable works can be seen in Rescue Me, Necessary Roughness and Next Stop Wonderland which were released in 2004, 2011 and 1998 respectively. She is also known for her work on Homicide: Life on the Street where she played the role of Detective Laura Ballard. Similarly, she is also famed for portraying the role of Elena McNulty in The Wire.

Callie Thorne was born to be an actress, her first stint was rescued me

The divine beauty was born on November 20, 1969, as Calliope “Callie” Thorne in Boston, Massachusetts and has the descent of Armenian and English. She was raised by her father as her mother died in her childhood. Since her childhood, she wanted to pursue her career in the field of acting and during her college time she went Wheaton College in Norton, Massachusetts just to study dramatic literature and theater. And later she graduated from Lee Strasberg Theatre and Film Institute from New York.

Callie Thorne’s career as an actress officially began when she portrayed the role of Sheila Keefe on the drama Rescue Me. Her role was critically acclaimed, and her debut in the showbiz industry was a hit. She also appeared in Prison Break and ER and got the chance to play the character of Jimmy McNulty’s wife Elena McNulty in The Wire. It was one of the critically acclaimed HBO series. Similarly, she also appeared in Homicide: Life on the Street, Burn Notice, Royal Pains, White Collar, Law & Order, Third Watch and the hit series Californication opposite to David Duchoyny. Similarly, she has done many films, her lead roles include films like Welcome to Academia, Watching the Detectives, Delirious, Analyze that, Hysterical Blindness, Sidewalks of New York, Next Stop Wonderland, Nice Guy Jhonny and Robin’s Big Date.

Callie Thorne is still unmarried and without a boyfriend

Moving towards her personal life, she is currently single. She is in her forty’s and yet she has no intention of getting married and settling down with her husband. However, she is kind of friendly person and loves to date somehow. In her past days, she even dated the real firefighter named Adam Woodruff. They both met in a volunteer work, got attracted to each other. In her interviews, she also states that they had a good meal in Adams firehouse where Adam himself prepared a good meal for her. Well, that can be considered as a dating but the fact is their relationship was pretty cold and they ended up pretty soon. Now, she is looking for a man who can change her life and someone that will keep her happy by any means. She seems to be very patience while choosing the men and that might be the reason why she is still single right now. She seems to love to have more space in her life and moreover she has no boyfriend right now. With her 50’s fast approaching time shall now be perfect to find her a man with whom she would see the rest of her life.

A look at Callie Thorne’s stunning measurements and net worth

Callie Thorne is a charming personality who is currently 47 years of age, but she still looks stunning, hot, and sexy and has the pleasing personality to attract any of her male counterparts. If you see her pictures then there is no sign of aging. She looks even great right now rather than the past. The 5 feet and 3 inches tall, Callie has a curvaceous body with a measurement of 36-27-36 inches which makes her body look perfect and marvelous. Her perfectly maintained body shape truly justifies the outfits that she chooses to wear. The beautiful actress poses the weight of 56kg which perfectly complies with her height and her body measurements. Similarly, she has the bra size of 34B. Her official dress size and shoe size are 6 and 8 respectively. She has the eye color of natural black and her hair color is dark black. Everything on her body is natural. She hates to go under the cosmetic route to beauty and has no intention undertake one in future.

Callie Thorne in her career has accumulated numerous accomplishments. Currently, she is living her childhood dream of making a career in the field of acting. In her illustrious career she has delivered some of the memorable performances, and in return, her fans have provided her with love and popularity. But besides love and popularity, her career has also landed her with satisfying finances as she currently owns an estimated net worth of around 3 million dollars.