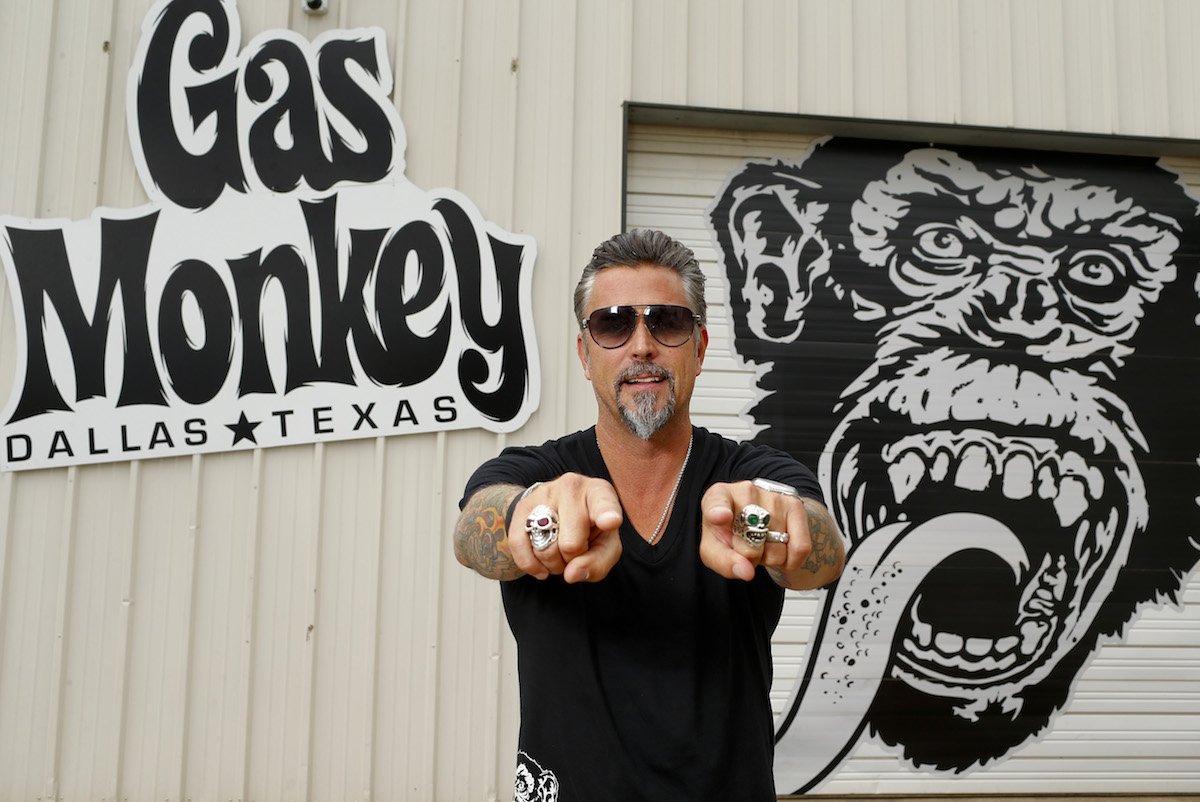 Richard Rawlings more recently showed up in the Roadkill Nights celebrity showdown in Pontiac, Michigan. But, unfortunately, he crashed one of his hellcats in a very gloriously impressive fashion. But, is he alright?

A Dodge Performance spokeeperson, Richard, limped back to the paddock in his bruised car with all smiles after the mishap. Later, he took to Facebook with a clip of the crash and wrote,

Y’all asked for it, here’s me going into the wall at Roadkill Nights against Leah Pritchett. What a day! Looks like I’m gonna need some more practice, sorry Dodge.

He was racing against Leah Pritchett, NHRA Top Fuel ace, at the wheel of a Dodge Challenger Hellcat. Him spinning the tires for a little too long was the reason behind the accident which sent him straight into the driver’s seat Kersey barrier. Reportedly, he was doing a slight flick of steering and was about 60-70 mph when the accident happened.

Fans can take a sigh of relief, as you favorite reality star walked out fine. But, it did screw the left part of the car and even slightly moved the concrete wall. While the entire situation wasn’t life-threatening at all, but it was enough to scare the bejesus out of anyone who’s is not used to crashing into concrete at speed or even witnessing such crashes. 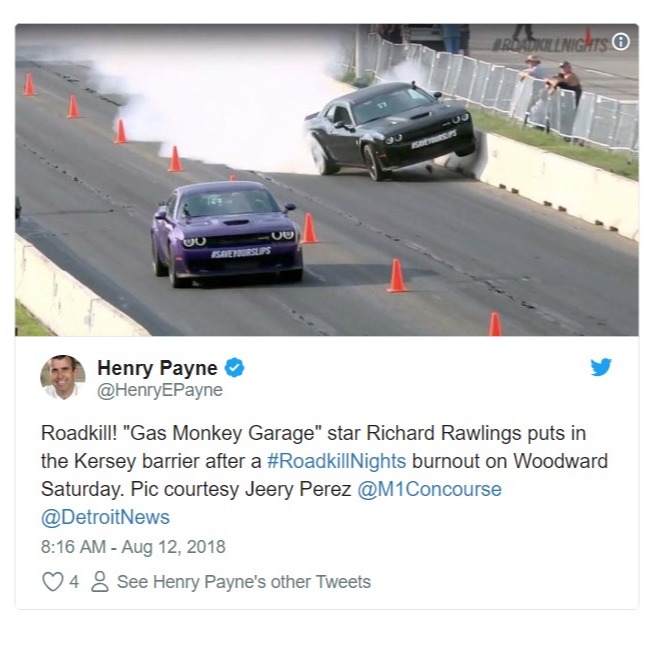 Leah moved on to the next round with the win, but Bill Goldberg, the former WWE professional wrestler, earned the title of fastest celebrity racer on Woodward Avenue.

Richard Rawlings, the owner of Gas Monkey Garage and star of the hit series, Fast N’ Loud, is an experienced drag racer. He says that he owns four devilish road beast of Dodge’s SRT performance portfolio which includes the Hellcat, 797-horse Hellcat Redeye, and 840-horsepower Demon. The car which he hit by the concrete wall has #SaveYourSlips stickers on their front, was one of the his four Hellcats.