Kim Passoth is leaving CBS46! Reason for Her Departure? 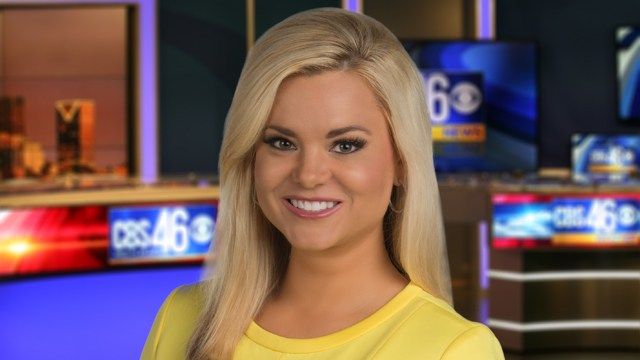 After serving at CBS46 for more than three years, Kim Passoth is bidding adieu. She worked at the station as the weekend anchor.

As per a company memo back in January this year, Charter plans to expand its news channel operation to 5 new markets in 2018. The 24/7 news operation will be exercised in five states located in New York,  North Carolina, Florida, Texas, and Kentucky. So, as a part of the new project, Kim Passoth is moving back to her hometown, as stated by the news director Steve Doerr. 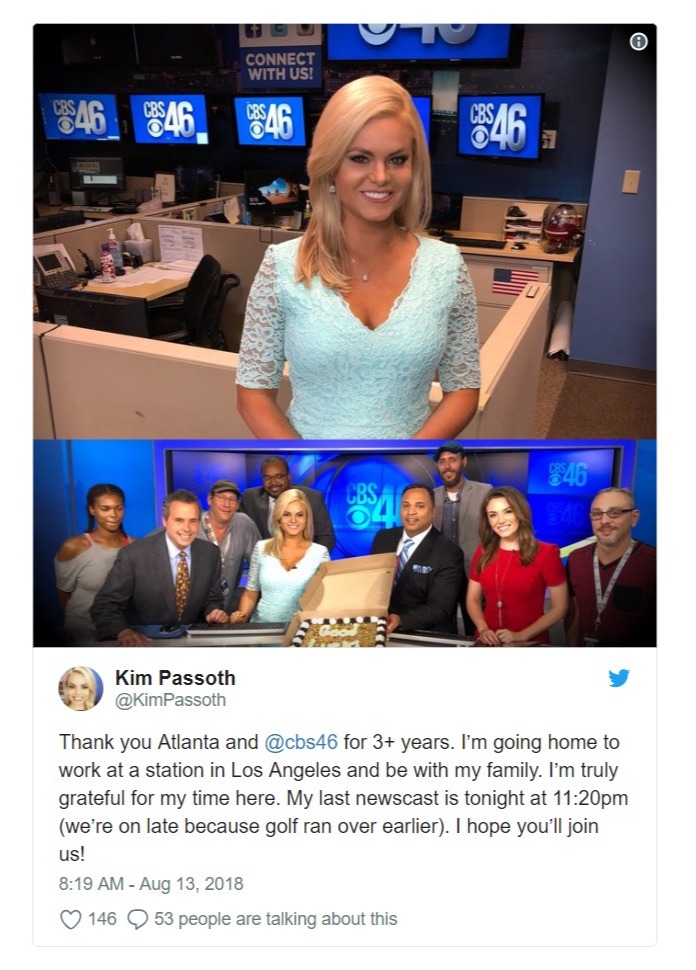 Thank you Atlanta and @cbs46 for 3+ years. I’m going home to work at a station in Los Angeles and be with my family. I’m truly grateful for my time here. My last newscast is tonight at 11:20pm (we’re on late because golf ran over earlier). I hope you’ll join us!

Kim joined the station back in 2015 as a noon weekend anchor and report. She was initially hired to replace Emmy-winning noon anchor and reporter, Jocelyn Connell, as a part of a vast shift in anchors at the CBS affiliate(WGCL-TV). She came from an ABC affiliate in Oklahoma City. Later, she was shifted to weekends at 11 p.m. in the September 2016.