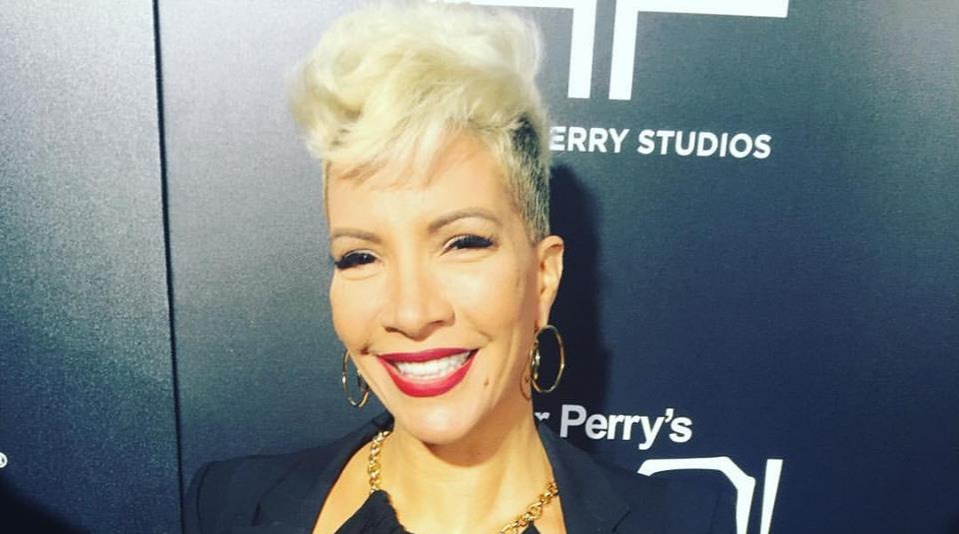 Rebecca King-Crews is an American actress, singer, and TV personality. She is best known as the wife of the famous comedian Terry Crews. They have been recognized as one of the enduring couples in the American show business.

Terry has always been in the limelight, but not much has been known about his wife. Here’s everything to know about Rebecca King-Crews and detailed insight into their relationship.

Rebecca King-Crews was born on December 24, 1965, in Benton Harbor in Michigan. And Rebecca holds an American nationality belonging to black ethnicity. Her father died when her mother, Anna King Lund, was 30, and their children were under 6. Along with her younger sister, Elizabeth, and younger brother, Sam was raised by their struggling single mother. She credits her mom for her success in life.

Confident and poised as a teen, she started participating in beauty contests. And she earned the title Miss Gary, Indiana, in 1984 while in high school. She also started singing at a young age.

The actress graduated from Lew Wallace High School as a class topper. Later, she went to study musical theatre at Western Michigan University, where she met her future husband. She received the WMU Fine Arts Scholarship and WMU Academic Scholarship.

Start of Her Acting Career

Rebecca performed in various regional theater productions and musicals during her college years like The Wiz, Pippin’, Evita, and The Music Man. Rebecca became actively involved in Black Civic Theater and appeared in a regional production of Dreamgirls. Around that time, she created her gospel group, The Chosen Ones, in which she served as a singer, songwriter, and producer.

She started dating Terry Crews in 1989. Initially, she believed that they were never going to be anything more than friends. She told E! News, “He almost got stuck in the friend zone… He was a little too nice.”

They married in 1990 and welcomed their first daughter, Azriel, the same year. She is following in her parents’ footsteps. She is an actress, singer, creator, and also a make-up artist.

Who is Marjorie Bridges? Meet Her Husbands and Children

Rebecca and Terry welcomed their second daughter, Tera Crews, in 1999 and their third daughter, Wynfrey Crews, in 2004. Their youngest child and only son, Isaiah Crews, was born in 2007. Terry has also adopted Rebecca’s daughter from a previous relationship, Naomi Burton-Crews.

Though their relationship has been billed as one of the most successful marriages in Hollywood, it hasn’t always been so easy. Moreover, they didn’t have problems as ordinary couples have, like extramarital affairs and drug addiction. However, Terry’s dirty addiction nearly cost him his fairytale marriage.

In 2014, he released his autobiography, Manhood: How to Be a Better Man or Just Live with One. He talked about his long-standing pornographic addiction that seriously affected his family and nearly ended his marriage. Moreover, with his wife’s support, he underwent therapy and overcame the addiction between 2009 and 2010. He has since taken an active role in speaking out about the condition and its serious impact.

Though he kept his addiction a secret for many years, his wife found out later, to which he said,

“My wife was literally like, ‘I don’t know you anymore, I’m out of here.’ That changed me. I had to change because I realized this thing is a major, major problem.”

Later, during their appearance in Dr. Phil, Terry revealed that they worked out their issues in marriage and decided to stay together. Rebecca said it took nearly three years for her to trust him again after considering leaving him for good. Terry is eternally grateful that his wife understood him and supported him through the hard times. Wait, there’s more!

So, what’s the reason behind their successful marriage? According to the Huffington Post, they went on 90-day sex fast, leaving him more devoted and “more in love” than before. Now, they are living as a happy couple and are looking forward to extending their family. They said that they are thinking about adopting a sixth child.

Rebecca is a gospel singer and goes by “Regina Madre” as a recording artist. She began acting in the 1990s and has since appeared in shows like E! True Hollywood Story and The Mo’Nique Show. Various other magazines featured Rebecca in Jet, Heart and Soul, Reality Magazine, TV Guide, and Today’s Black Woman.

Along with her husband and five kids, she appeared in a family reality show, The Family Crews, from February 21, 2010, to May 15, 2011. Besides, the show depicted how Terry managed time for his family amidst the busy schedules and how Rebecca prioritized her kids and family over her career as an actress and singer. The fans and critics all love the show. Moreover, they said that the show was “full of positive messages about marriage, parenthood, and family with subtle references to God and Christianity.”

Everything to Know About Ben Shapiro’s Wife, Mor Shapiro