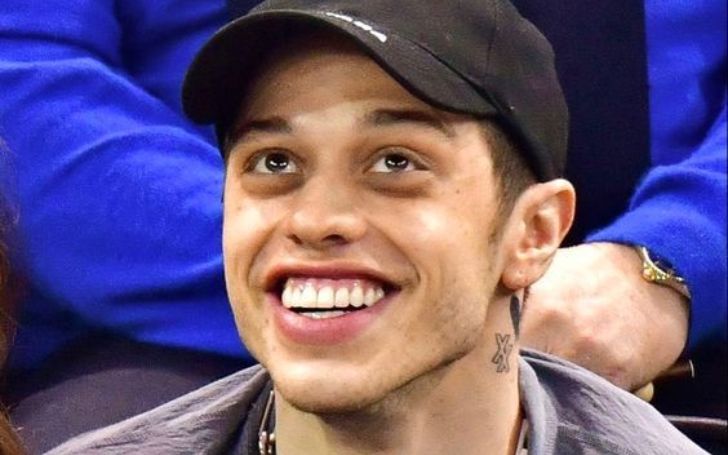 After months of attacks and threats from Kanye West, Pete Davidson finally broke his silence. His response to Kayne West might end the rapper shading him and Kim Kardashian. But fans believe it was just adding more fuel to the fire.

Pete leaked a text exchange between him and Kanye through his friend Dave Sirus‘ account. The comedian has previously used his friend’s account to share kindness with his fans. However, Pete is now using the account to stand up to Kanye.

“I’m in bed with your wife”, Pete Davidson texted.

Pete Davidson sent Ye a shirtless picture of himself, adding that he was in bed with Kim. Davidson also asked to meet Kanye face to face to settle their dispute. The comedian also states that he does not want to escalate their drama.

Pete started the conversation by introducing himself as Skete. A nickname Kanye had given the comedian. Davidson asked the rapper to calm down and told Ye that he would not be ignoring the rapper’s shade.

However, Kanye was not happy about the text he received and asked Davidson where he was. Pete replied, “I’m in bed with your wife.” followed by a shirtless selfie. Some fans think that was a hilarious clap back from the comedian; however, others believe he took it too far.

Some History between Pete and Kanye

The drama between Pete Davidson and Kanye West started when the comedian started dating Ye’s ex-wife Kim Kardashian. Kanye is still trying to get Kim back. In addition, the rapper is not happy about Pete being around his kids.

Kanye has made several posts on Instagram attacking Pete. In response, the comedian joins Instagram again. However, Kanye’s fans filled the comments on his first post by calling Pete “SKETE” and some saying “Kimye forever.” And this led to the comedian deleting his Instagram.

Is Jamila Velazquez in a relationship?

Kanye has also mentioned Pete and his ex-wife on songs from his new albums. The rapper threatens Pete in his song security. However, fans were concerned for Pete and Kim when Kanye uploaded his music video for Easy, where he kidnaps and kills Pete’s character.