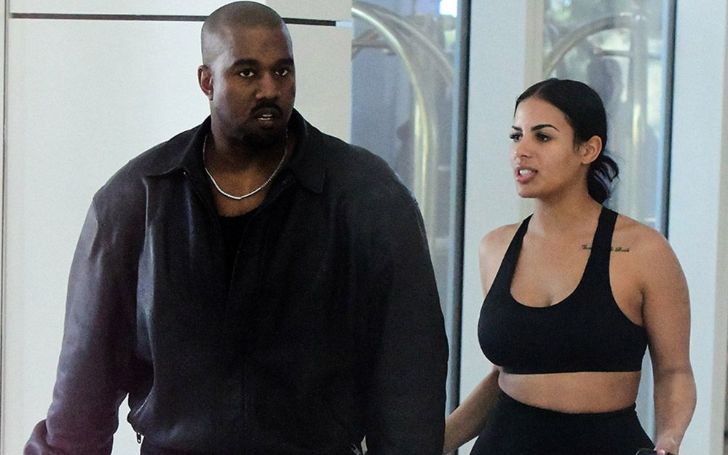 Kanye West and his divorce from Kim Kardashian became very public and messy. The papers have been signed, and Kim Kardashian is legally single, but the drama keeps coming. Kanye was seen going out with model Chaney Jones.

Ye confirmed the relationship on March 1, 2022, when he reposted a (now deleted) photo of the two shopping in Miami. However, fan’s noticed that the rapper’s new muse looked very similar to his ex-wife. It is no secret that Kanye wants his wife back. His not-so-subtle efforts to get Kim back and attacks on Pete Davidson are proof.

Does Kanye West have a need to control all his partners?

Kanye West has a history of controlling what his partners wear. While dating model Julia Fox, Ye had a hotel suite full of clothes waiting for Julia Fox after their date.

This antic sounded familiar to fans as they recalled an incident with his ex-wife. What’s more, Kanye made Kim throw out her entire wardrobe and replaced it with his fashion choice.

“Our whole trade-off was like if I get rid of all my clothes he would fill up my closet.”, Kim said on season 7 of Keeping Up With The Kardashians.

Therefore, the question remains, ‘Is Chaney Jones’ style her own, or is Kanye playing stylist again?’. Some fans think that Kanye is trying to create a Kim Kardashian clone.

Kanye calls out the Kardashian and disses Pete Davidson even more

On March 4, 2022, Kanye West dropped the music video for his single Easy. The single, released on January 16, 2022, stunned the fans as Ye called out the Kardashian-Jenner’s parenting.

“I got love for the nannies, but real family is better. The cameras watch the kids, y’all stop takin’ the credit”, Kanye rapped in the second verse of the song. Adding, “When you give ’em everything, they only want more. Boujee and unruly, y’all need to do some chores”

Everyone was excited for the chaos that would be Kanye’s new music video. However, no one was prepared for it. In the clay animation video, we see Kanye kidnap Pete Davidson, tie him up and drive the comedian around in the back of a car.

How old is Wendy Crewson?

Kanye West proceeds to drag Pete Davidson’s character through sand and buries him alive with only his head popping out of the dirt. Kanye proceeds to spread rose seeds on Pete. Furthermore, the gold digger rapper packs Pete’s character in the back of a pickup truck which looked similar to the one he had parked outside of Kim’s house on Valentine’s day of 2022.

As of March 4, 2022, neither Pete nor Kim have responded to the music video. The couple has always taken the high road every time Kanye attacked them through tweets and Instagram posts.

However, fans remain concerned about the recent video. Moreover, they think it might be more than just a jab from the rapper. Some fans see the video as a warning to Pete.

Some fans suggest the couple get a restraining order against Kanye. Ye is receiving a lot of criticism for the music video. Hopefully, the rapper stops before the situation escalates.