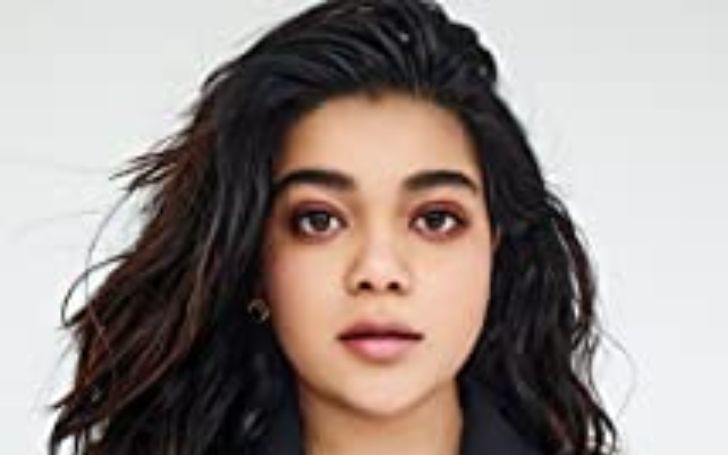 Iman Vellani is an up-and-coming Pakistani-Canadian actress. She is an Ismaili Muslim, like her parents. She has signed with Marvel to appear in Ms. Marvel and The Marvels.

Vellani is a fresh high school graduate who is starting her career. She has also shown interest in filming and directing. However, we might not see Iman directing a movie any time soon.

How old is Iman Vellani?

Iman Vellani is 19 years old. On September 3, 2002, the actress was born in Pakistan. Hence, she will be turning 20 in September 2022. But, Vellani and her family later moved to Canada.

Iman Vellani was born to Ismaili Muslim immigrants parents from Pakistan. The actress graduated High School from Unionville High School. In addition, She was selected as a member of the TIFF Next Wave Committee.

Moreover, the Pakistani-Canadian actress stands at a decent height. Furthermore, Vellani currently stands at five feet and six inches. However, most of the info on this up-and-coming actress remains hidden.

And since Iman recently came to the spotlight for an MCU series, the actress remains a hot topic. Moreover, Vellani keeps her life hidden from the media.

Does Iman Vellani have a boyfriend?

As of March 2022, Iman Vellani is not in a relationship. The young actress has just started her career. Hence, a relationship is not a priority for her.

The actress’ sexuality is a mystery. She has dropped no hints on if she likes men or women. However, we might get the answer in a further interview.

Iman may end up dating her co-stars from future projects. But, there are also chances of dating someone from her religion. Fans will have to wait for the big reveal.

Besides, Vellani keeps all of her past affairs hidden from the world. Likewise, Iman, the Ms. Marvel actress, kept all of her ex-boyfriends conspicuous. And so, the names of her ex-partners remain hidden.

What is Iman Vellani’s net worth?

As Iman Vellani is an up-and-coming actress, her net worth is unavailable. Iman’s source of income is acting. But, the actress probably had a few part-time jobs before getting signed.

How Rich is Myles Erlick?

Vellani is at the start of her career. Fans will undoubtedly see her in more movies in the future. Hence, the actress might have a very high net worth in the future.

Vellani directed and uploaded some short films such as PUSH and I don’t wanna b alone on Vimeo. She will debut her acting career in the upcoming Marvel TV series Ms. Marvel. In addition, she is also set to appear as Ms. Marvel in the 2023 Marvel movie The Marvels.

Iman Vellani is present on Instagram. The actress has recently joined Insta and has already gained 52.9K followers. In addition, her account has not been verified yet.

Vellani has not posted anything on her Instagram. However, she might start posting soon to promote her upcoming movie, Ms. Marvel. Fans are also curious about the actress herself.

Not much is known about Iman, but fans are looking forward to her Instagram posts. They hope to see the actress out of character. Hopefully, Vellani will share a few glimpses of her life on her Instagram.