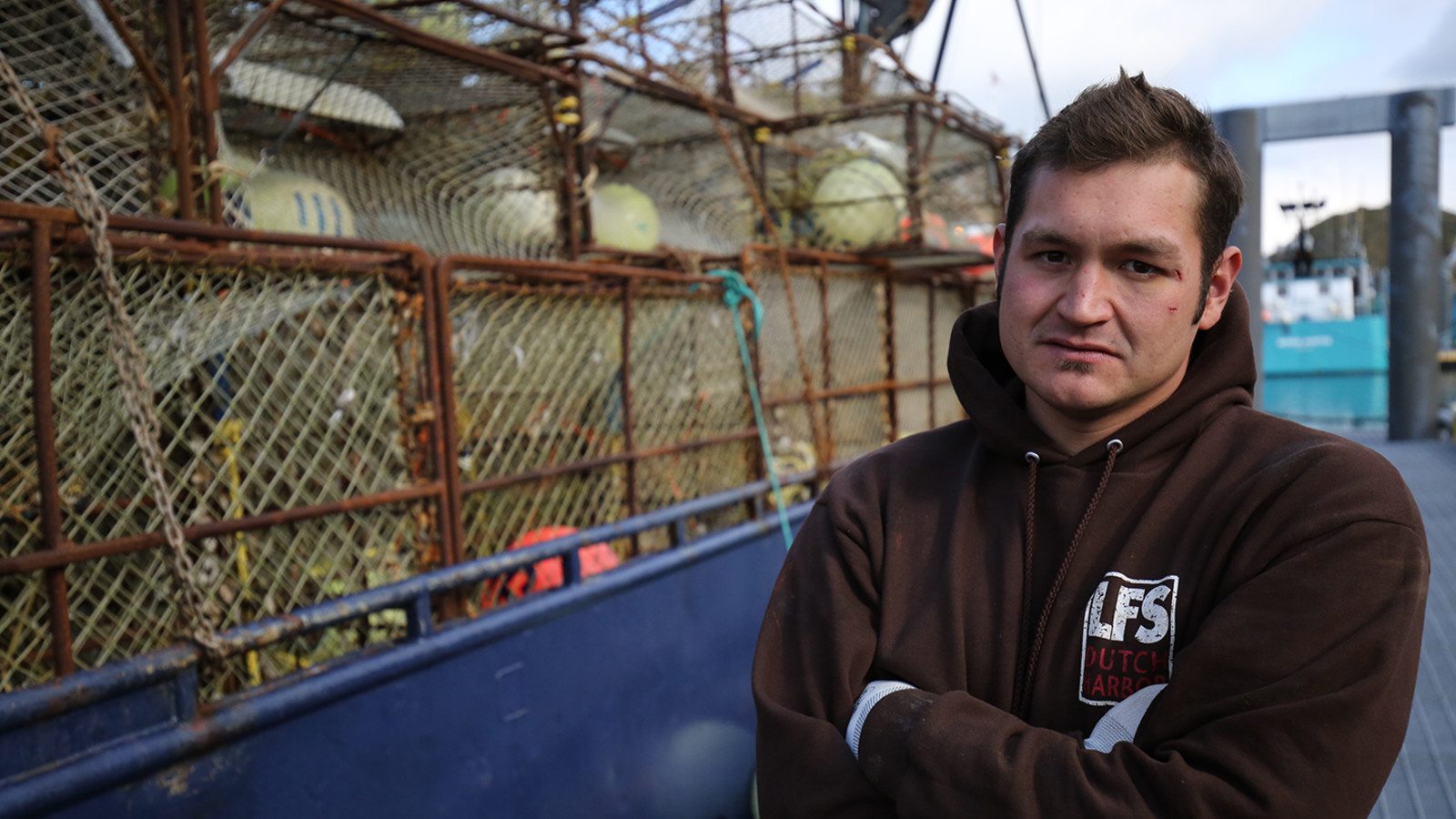 Nick McGlashan is a professional fisherman, who is known for appearing in Discovery’s reality TV series, Deadliest Catch. He has been working with Captain “Wild” Bill for several years and is currently the deck boss in his F/V Summer Bay.

He was born in Akutan, Alaska, to Bruce Lanford, a commercial fisherman and a long-time friend of Wild Bill. He spent his childhood between the remote Aleutian village of Akutan and the commercial fishing hub of Dutch Harbor.

When he was just 13, he joined the crab boat named Westling, which was captained and owned by his father. His father owned and captained the boat for 30 years. His uncles ran the boat, and his aunts served as deckhands. His father sold the boat in 2004.

He worked on the F/V Arctic Mariner for six years before being hired by Captain Bill as a deckhand aboard the F/V Kodiak.  He has said that he enjoys working with Capt. Will Bill as he pushes his crew to become better deck person. He has followed Wild Bill wherever he goes, from F/V Kodiak to F/V Cape Caution to F/V Summer Bay.

Wild Bill liked Nick for his “old school derby style” and capability of quickly fixing equipment malfunctions. However, in season 13 of the show, his addiction to substance came out, and he was fired from the boat.

Nick’s Drug Addiction Got Him Fired

Though crabbing on the Bering Sea is his lifelong dream, he got into addiction while trying to balance the work pressures at boats at a young age. He had been hiding his problem for years, but it ultimately came out in season 13, and Captain Wild Bill wasn’t happy to hear the news.

Despite the notoriety, being candid to the world about his addiction, he found himself in peace and motivated to enter the rehab facility. Since November of 2017, he has been clean and sober and is still in his recovery.  Amidst his road to recovery, he is still working in the Bering Sea and is trying to help out other fishers with addiction issues. He came back as the deck boss for the 2018 opilio crab season on F/V Summer Bay.

Nick is a proud father of two kids. The fifth generation Bering Sea crabber often posts pictures of his daughter on social media. His baby girl Lennyn is around 3 years old.

He has been in a relationship with a beautiful woman named Claire Hammond for a few years. They welcomed a son, Kane on January 22, 2019. It’s not sure Claire is the mother of his daughter. It’s unclear if they are still together or not as both of them haven’t shared pictures of one another on social media. In addition to that, Claire has kept her relationship status single on Facebook.

Just hours before F/V Summer Bay’s winter season kicked off, Captain Wild Bill found himself in serious trouble when deck boss Nick McGlashan took a serious fall. He slipped on the icy Alaskan deck going down hard on his ankle while helping the Brenna A tie up.

Then, his fellow fishermen helped him into a truck and back to the Summer Bay and called up Captain Wild Bill. After the pain from McGlashan’s ankle began to radiate up his leg, he was lifted on board and then the captain cut off his rubber boot to take a look at the damage.

With three new crew members aboard the vessel, bringing another member in place of Nick would be a tough move for F/V Summer Bay. While talking about the condition, Wild Bill said,

“This is ridiculous — he’s my heart and soul out there. If there’s a way for somebody to make it, he’ll do it. That’s the way he is.”

Though it turned out the deck boss had a “hell of a sprain” the next day, he made sure to take to the deck on a pair of crutches. Explaining his return to the deck, the captain continued,

“A lot of people get on me like, ‘Why do you put so much effort into that guy?’ This right here is a good example of why I put effort into Nick. ‘Cause Nick puts effort into me.”

The Hillstrands Have Quit Crabbing! F/V Time Bandit is on Sale!