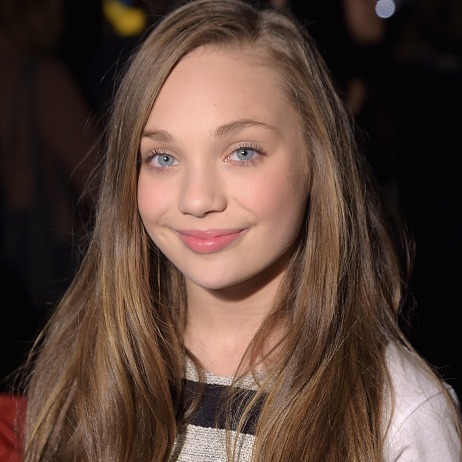 Ziegler also received wide recognition for starring in the music videos for Sia‘s Chandelier and Elastic Heart. Maddie was listed as one of the 30 most influential teens of 2015 and 2016 by Time Magazine.

Maddie Ziegler was born to Kurt Ziegler and Melissa Ziegler-Gibson on 30th September 2002 in Pittsburgh, Pennsylvania. She went to the Sloan Elementary School and was later homeschooled.

She has appeared in several music videos for popular music artists like Sia, Alexx Calise, and Todrick Hall. Maddie has also tried her luck in acting. She made her acting debut in 2012 when she portrayed Young Deb in one of the episodes of Lifetime’s TV series, Drop Dead Diva.

After that, she appeared in a few guest roles in television shows Pretty Little Liars and Nicky, Ricky, Dicky & Dawn. After she departed from Dance Moms in May of 2016, Maddie starred in the drama film, The Book of Henry in 2017.

She has modeled for many popular brands such as Clean & Clear, Target and Capezio. She has even appeared on several magazine covers like Teen Vogue, Vanity Fair Italia, Paper, and Billboard. At the age of 14, Maddie has a net worth of $2 million.