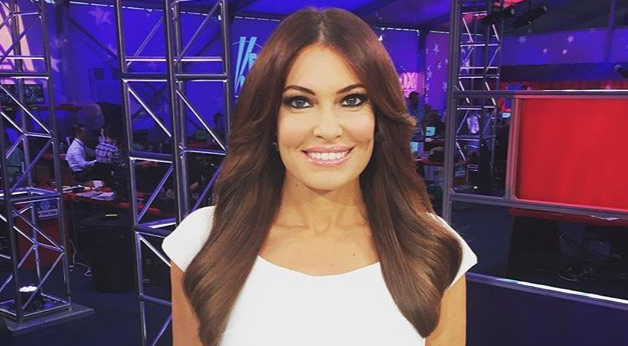 Kimberly Guilfoyle’s life has had some interesting chapters, from a prosecutor to the first lady of San Francisco to a fan-favorite Fox News personality, and now, the senior advisor of Donald Trump’s 2020 presidential campaign.

From her over 5-year-long marriage to a Democrat to her current unwavering support of the powerful Republican, she has lived two completely different lives since the early 2000s. With her being a staunch ally of the Trump administration, Kimberly Guilfoyle and her boyfriend Donald Trump Jr. have been cited as a match made in political heaven.

It seems her life away from the newsroom has been more interesting than the hot topics she used to discuss on cable TV. Thanks to her relationship with the first family. Here are some thrilling truths about Kimberly.

Kimberly seems to have a thing for men who have settled in politics. Trump Jr. isn’t the first man in politics who has been smitten with her. More than a decade before, she became the first lady of San Francisco when her then-husband, Gavin Newsom, became the mayor. They were married from 2001 to 2006.

She reportedly said that being a politician’s wife was one of the greatest honors of her life. Her gig as a Court TV analyst and Newsom’s mayoral responsibilities kept them apart for a long time and thus, played a major role in their divorce. They officially divorced in February of 2006, but Newsom wouldn’t be the last politician enchanted by Guilfoyle.

She has also been linked with former White House Communications Director Anthony Scaramucci after going through a nasty divorce with his nine-months-pregnant wife in 2017. Rumors surfaced after Scaramucci was seen strolling with Kimberly in Rome and house hunting with her in Manhattan.

Staying cordial with a former flame is a tough task, but it seems the former Fox News host has mastered the art of ending all of her long-term relationships on a high note.

Not only with Newsom, but Kimberly is also close to her second husband, Eric Villency, a fashion designer and businessman. They were married from 2006 to 2009 and shared a son, Ronan Anthony. Kimberly and Trump Jr. made their relationship official in June 2018.

All of us are used to the trend of portmanteau these days. Kimberly Guilfoyle and Trump Jr. are no exception. Kimberly herself has a cute shipping name for the two, #Donberly. In addition, they also have sweet pet names for each other.

During one of their public appearances last year, the media overheard them calling each other with pet names. The former Fox News host reportedly addresses Don Jr. as Junior Mint. However, he has a less inventive nickname for her, Pooh Bear. Pet names and portmanteau somehow make us feel like they are just another typical romantic pair. Do you like the nickname Don Jr. and Kimberly gave themselves? Comment down below.

#3. Kimberly Guilfoyle dubbed as The Kennedys

Kimberly Guilfoyle and her ex-husband, Gavin Newsom, were addressed as “The New Kennedys.” In the summer of 2004, Harper’s Bazaar photographed Newsom, the new mayor, and the first lady of San Francisco for an eight-page spread.

People thought their marriage would be “one of the most glamorous political unions since Jack and Jackie Kennedy,” Their 2001 wedding was billed as “the social event of the year” in San Francisco. Back then, she left her position at the San Francisco district attorney’s office to campaign for her husband and supported him while voicing same-sex marriage.

Fifteen years later, a lot has changed. After an amicable divorce from Newsom and a long stint at Fox News, Kimberly has made it to the White House as a conservative cheerleader for the President.

Being one of the most talked-about political couples in the US, were their opposite political beliefs the reason behind the end of her and Newsom’s relationship? Let’s dig in a bit more on this matter. Her marriage to a liberal Democrat caused many people to wonder if she was a Republican or a Democrat.

Kimberly says that she’s always been a Republican and registered with the party at 18 when she was at the University of California. Davis later joined the school’s Young Republicans club, but she never talked about her conservative leanings, even in private.

Guilfoyle met the Trump family at charity events after she joined Fox News in 2006. She has been a trusted supporter of Trump ever since he declared his presidential candidacy.

Kimberly joined Fox News in 2006 as the host of the weekend show, The Lineup, and continued as a regular contributor for the network. She landed her big break in 2011 when The Five picked her as one of the hosts.

Serving as the show’s legal analyst, she made the talk show the second most-watched program on cable networks by 2013. Though announced in June 2017 that Kimberly signed a long-term contract extension, she abruptly left the network a year later in July 2018.

While she didn’t talk about her decision to walk away from the network, there were several theories. Was it a case of sexual harassment? A new love? New job? What exactly happened? Reportedly, many accused her of serious allegations, like showing lewd photographs to colleagues, discussing sexual matters at the workplace, and even showing emotionally abusive behavior to hair and make-up artists.

According to insiders, many female staffs were trying to get away from her. Moreover, some even attempted to get out of their jobs as the network’s CEO, Roger Ailes, protected her.

The Fox reporter was also slammed time and again for her tight-fitting dresses on set. She sat on the far left side of The Five set and displayed her toned legs. Rumors have it that this was Ailes’ suggestion. Kimberly also nearly cut her journalism career short by associating on the wrong side of the #metoo movement.

Roger Ailes Net Worth. Insight on his career and personal life

Kimberly allegedly pressured some of her female colleagues to support Ailes amid a flood of sexual harassment allegations against the network mogul. In addition to that, many believed that her plan to leave the network came after she got the coveted job in the White House. What do you think was the actual reason behind Kimberly Guilfoyle’s departure from Fox News?

During the early years of her law career, Kimberly landed the job as Deputy District Attorney. And she worked in adult and juvenile cases like narcotics, domestic violence, robbery, kidnapping, arson, sexual assault, homicide cases, and more.

Her work at the DA’s office was much edgier than society gossip. Reportedly in the fall of 2001, just a few days before her marriage to Gavin Newsom, she received 24-hour police security after a prisoner put a bounty on her head referencing her aggressive prosecution of a dog-mauling case.

Around that time, a bullet-proof vest was a part of her ensemble. The police inspected the church before the wedding.

Kimberly was a glamour model at some point in her life. However, modeling wasn’t her actual dream. She wasn’t letting anything get in her way of becoming an attorney, so she worked various jobs between her college courses to pay for bills.

She said in an interview with Cosmopolitan,

“When I was in college at UC Davis, I had three jobs: I was working at the district attorney’s office as an intern, I worked at the clothing store Clothestime, and I was modeling and doing different jobs in and around San Francisco and Sacramento.”

Kimberly didn’t give much importance to her foray into the modeling industry. However, she was not just a regular model as she was working for a big company. She told People,

“I modeled everything from clothes, swimwear, and lingerie, including Victoria’s Secret! I met an incredible number of interesting people through modeling and really learned a lot about self-confidence and self-worth.”

Today, Kimberly has moved far from her past. Furthermore, she even said that she doesn’t regret any of the different jobs she did to fulfill her dreams.

Is Kimberly going to find a long-lasting partner in Don Jr.? Let us know in the comments.

What is Antwan Lewis Doing Now?