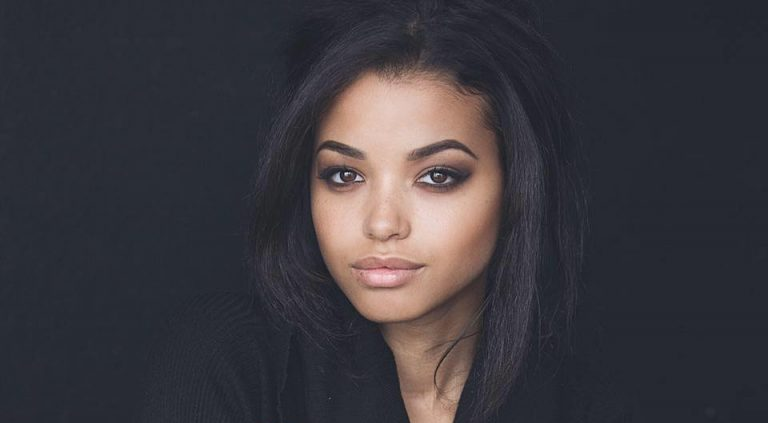 The British newcomer Ella Balinska, 22 is a famous model but also appears to be becoming popular in the acting world. Balinska is taking her first steps in Hollywood. She is starring as one of the angels in the new Charlie’s Angels movie, set to be released in November 2019.

Ella is still adjusting herself with the new Hollywood lifestyle and has done some pretty impressive works before. So let’s get to know more about the new angel Ella Balinska.

Balinska was born in London, October 4, 1996, to an English chef/former model, Lorraine Pascale and a Polish entrepreneur/musician, Kaz Balinski-Jundzilł. This Libra-baby is a single child.

She learned acting from Guildford School of Acting and mastered her combat skills from Academy of Performance Combat. Growing up, she used to compete in track and field at the national level. Ella also threw the javelin for Team London.

Her parents separated in 2000 and subsequently divorced. She lived with both her parents for a short period of 4 years. Ella currently lives with her mother from whom she learned the modeling skills.

Lorraine Pascale, Ella’s mother, is an English television cook and a former model. After leaving the world of ramp walks and photoshoots in 2000, Lorraine took a turn in her career and settled down to become a chef.

She has presented three TV series for BBC and even has her retail outlet in London, where she sells baked goods. Ella enjoys accompanying her mother while cooking and also has doubled as a British baking scion.

Like mother like daughter. Ella is also an astonishing model and has appeared in many magazines such as Vogue and Exit magazine. She has also been photographed for some famous clothing lines including Valentino.

Ella first stepped in the acting world when she did her first feature film debut as Tanya Mason in Junction 9 in 2015. She has made several TV appearances on shows including Casualty and Midsomer Murders released in 2018, and The Athena released in 2019.

Ella being 5’11” tall, had always been interested in acting but was too afraid to pursue it because of her height, but she overcame that fear when she began acting in 2015.

The 22 years old actress/model got her big break when she got selected to become one of the members of the iconic trio in Charlie’s Angels movie of 2019, where she plays alongside Kristen Stewart whom we all know as Bella from Twilight and Naomi Scott as Jasmine from Aladdin.

Both Naomi and Kristen are familiar with the spotlight, whereas their co-star, Ella is still new to Hollywood. Being a trained combat performer, Ella had a personal trainer to learn kickboxing for th’e new movie. The actress also enjoys playing épée- the sword used in fencing.

As of now, Ella is represented by two agencies: United Talent Agency, LA, California, and Identity Agency Group, London, England. She is also starring in a new American horror thriller film Run Sweetheart Run which is said to be released soon.

Dating Ella currently lives between London and Los Angeles. Although Ella lives with her mother, she time and again visits her father, who lives in Ireland.

“They’re not together anymore, but they’re still best friends, and it’s a nice way of having them together.”

– Ella Balinska said in an interview

Ella Balinska said in an interview

She hangs out with several her “A-listers” friends including, Michael B. Jordan and Naomi Campbell. Ella has not yet revealed who her boyfriend is, so we are still to know whether this ass-kicking angel has found her other half.

How active is Ella Balinska on Social Media?

Apart from having utter talent, Ella also has an unusual amount of confidence. Being only 22, Balinska has been able to impress hundreds with her beautiful Instagram pictures. Up until June 2019, this actress/model has about 82.1k followers on Instagram and 5,551 on Twitter.

Ella has been very active in her social media accounts. Whether it be showing off her new Prada shoes or sharing glimpses of her new Charlie’s Angels film, she sure does know how to keep her followers on the edge of their seats.

The young actress marked her most major red carpet moment as she walked down the carpet of Met Gala 2019 wearing one of Tory Burch’s masterpieces. As seen per her Instagram pictures and Twitter, we can see that she is obsessed with shoes and builds her whole look around them.

So after the release of Charlie’s Angels, can you imagine how much more popularity is she going to gain?