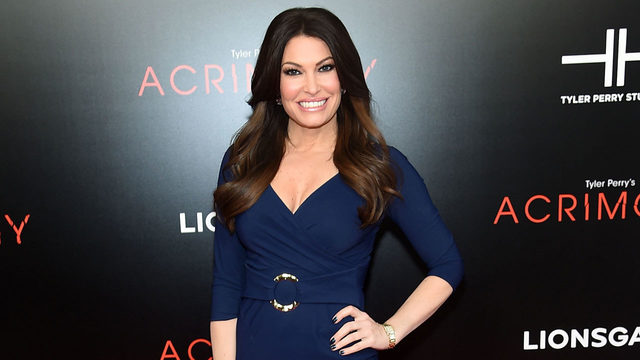 The Fox News roster has taken another run with the departure of Kimberly Guilfoyle, co-host of the talk show, The Five. The 21st Century Fox-owned network announced the news on Friday afternoon in a very concise and terse statement that says, Fox News has parted ways with Kimberly.

The exit of Kimberly has created a bit perplexing scenario, with some sources claiming it to be a “mutual and amicable” one, while some are reporting the parting to be difficult.

Kimberly Guilfoyle and her Relationship with Donald Trump Jr. factored in her exit!

Kimberly Guilfoyle has been repeatedly in the headlines for her alleged relationship with Donald Trump Jr and has been supposed to be pretty close with the First Family. In addition to that, her work has been appreciated by President Donald Trump several times. The newly-elected president Trump had even considered assigning her as White House press secretary in 2016. Ultimately, the role went to Sean Spicer.

However, she unceremoniously bid adieu and didn’t even give a chance to appear on The Five for the last time. Katie Pavlich filled for Kimberly one hour after Fox first her. However, Katie is not considered Kimberly’s permanent replacement.

Kimberly Guilfoyle bio: Everything to know about The Five co-host

Kimberly joined the network in 2006 as a prosecutor and host of the weekend show, The Lineup. She became a part of the show, The Five in 2011, which is one of the highest-rated cable television shows.  Further, she has served as a guest host on several TV shows, including Hannity and Fox and Friends.

Drama because of Trump Jr. and Kimberly’s Relationship

News has been around for a while that she is highly expected to join pro-Trump Super PAC America First. One of the Fox News hosts, Howard Kurtz, tweeted about the possibility of that. She has been under media scrutiny since her relationship with Trump Jr. became public earlier this year. It would be hard for Kimberly to offer unbiased comments during the news program. After all, she has close ties with the First Family.

Find out Kimberly Guilfoyle’s net worth and Fox News salary! Details on her controversies

It is even speculated that her budding romance with Trump Jr. factored in her departure, but the reason behind her exit is still being debated inside and outside the network. The pair has extensively chronicled their relationship on Instagram and other social media, which is reckoned to have complicated things at Fox News.

Marriage and Relationship of Kimberly Guilfoyle

In the early 2000s, she married politician Gavin Newsom, now lieutenant governor of California. Then, from 2006 to 2009, she married businessman Eric Villency, with whom she shares a son, Ronan Anthony Villency.

Kimberly Guilfoyle is a former First Lady of San Francisco, model and attorney.

What do you think about Kimberly’s abrupt departure from Fox News? Let us know in the comments.

Fox News fired Eric Bolling for a harassment investigation. Who will replace him?