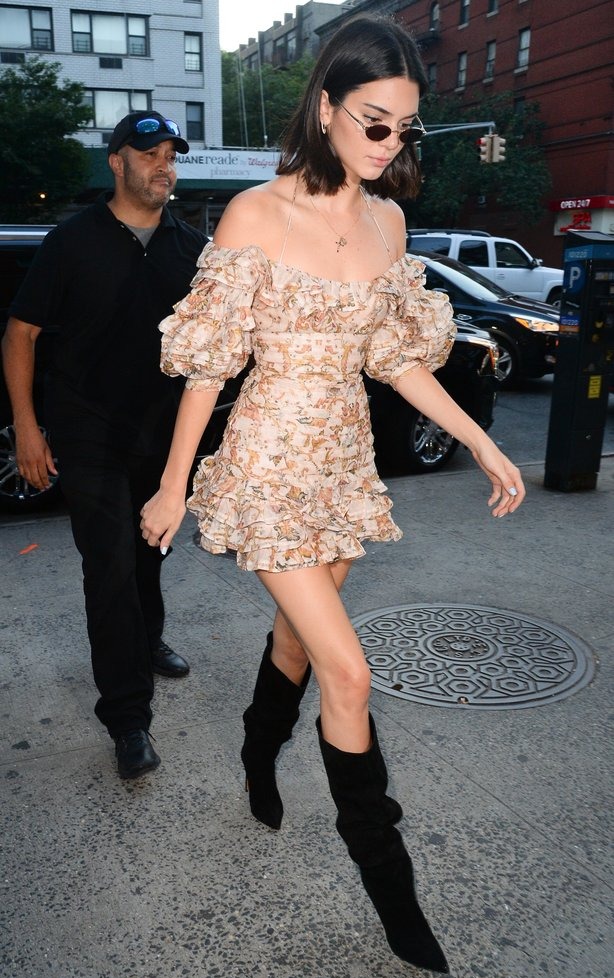 Kendall Jenner was spotted out and about shopping with sister Kim Kardashian on August 1, 2017 in New York City.

The supermodel wore an off the shoulder floral dress from Zimmermann and accentuated the look with a pair of Alexandre Vauthier black suede boots. Jenner also wore oval rimmed sunglasses.

Who is Harry Styles dating after Kendall Jenner?