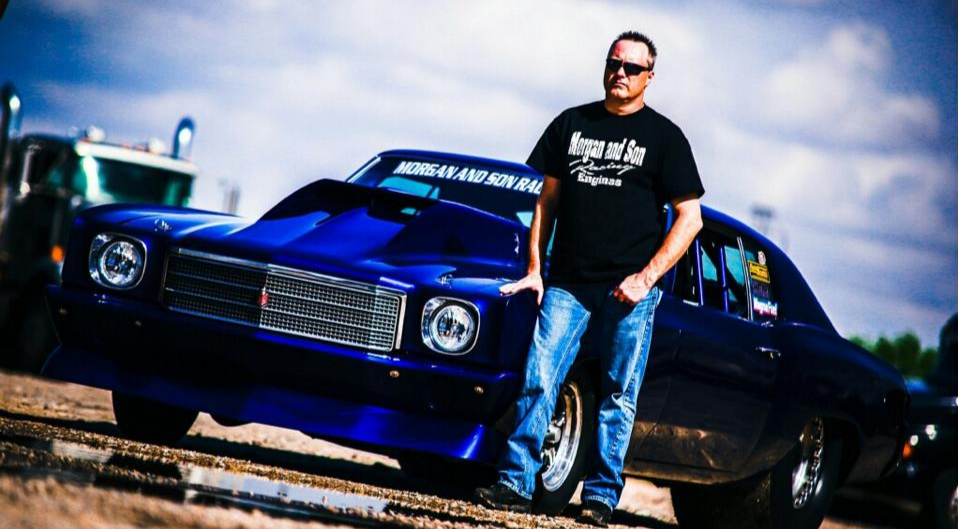 James Love, popularly known as Doc, is the prominent cast member of the Discovery Channel’s reality series, Street Outlaws. He drives a customized 1970 Chevrolet Monte Carlo, which he calls The Street Beast.

James “Doc” Love was born on February 19, 1969, in Moore, Oklahoma. He completed his high school from Moore High School in Oklahoma. As the son of a concrete construction worker, Doc had a rough childhood. Since he was obsessed with machines from his young age, he attended the Universal Technical Institute in Scottsdale in Arizona.

Doc married his high school sweetheart, Judy in April 1990. From their marriage of over two and half decades, the couple shares two daughters, Ashtyn and Haley.

Doc’s obsession with cars and racing developed in the late ‘70s and ‘80s. He bought his first race car, 1970 Chevy Monte Carlo, from eBay in Milwaukee and drove it all the way back to Oklahoma City. Soon as he brought the car home, he took the car on the track and raced.

Doc has also been working as a mechanic since 1989. With his knowledge and passion for repairing and customizing cars, Doc started a repair shop, Southwest Diesel Service, with his grandfather in 2001. Although the repair shop was doing well, Doc’s passion for speed encouraged him to pursue his career in racing.

Doc went on to become the part of the drag race series, Street Outlaws in 2013. He drove his 1970 Chevrolet Monte Carlo aka The Street Beast in the show which went through several modifications. Currently, The Street Beast holds a monster tire and a nitrous engine, the 959” CID mountain motor, which is said to be the largest engine in the whole show. As one of the fiercest racers in the Street Outlaws, Doc also made it to the No. 1 spot of the Top Ten List. However, his first place short-lived as he lost the No. 1 spot to Shawn by default.

Doc has managed to amass some serious cash as one of the deadliest racer in the Street Outlaws. As of 2018, his net worth is estimated to be about $550,000. Although Discovery Channel has not revealed his annual salary, it is guaranteed to make a considerable add-up to his net worth.