Skip to content
Home » Entertainment » Insane rules the Pawn Stars cast must follow! Must report everything to police and more 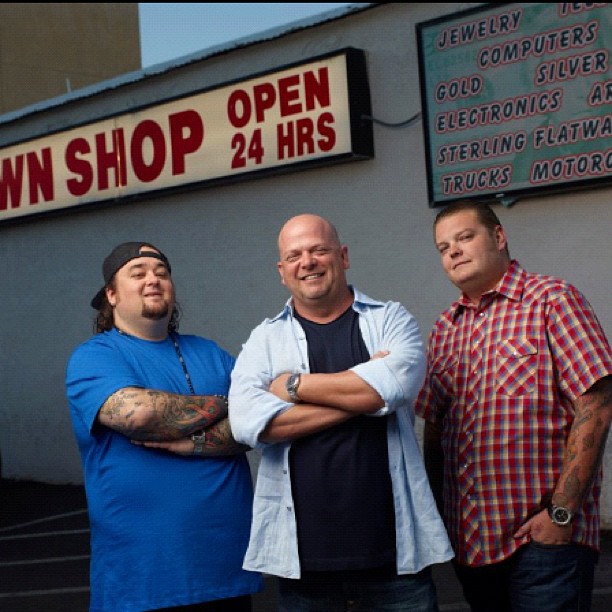 Pawn Stars has been rocking the television screen for almost a decade now. The show premiered on July 19, 2009, and has aired 15 seasons. In these years, we have seen a lot of bizarre and antic items brought in for pawning. The Harrisons have owned Gold & Silver Pawn Shop since 1989, and it is already a complicated business to manage.

So, when cameras are rolling, it is challenging to run the regular business and appear on TV at the same time. On top of that, there are inflexible decrees that the cast of pawn stars must follow. Let’s look at the crazy restrictions the Harrisons must obey.

Among the strict rules set forward by the state, the pawners must keep a record of all the transactions and details of their clients. It may look like a normal requirement, but there is one strange but mandatory rule that they must follow.

Along with writing down all the information about their clients, they are also obliged to take a photo of their clients.

Viewers of the show might notice that the customers are just drifting in the shop with items in their hands. However, it is not the case. Keeping the cameras rolling for every customer is very costly and meddling. Due to this reason, management vets the items before they are brought to the shop owners.

During the working day, the store apprentices select an item and show them to production. Then the clients will again be called to do the same thing, but this time with cameras recording their activities. After all this, the cast doesn’t have a say in what to show on television.

Even though the show’s cast members have their other businesses, which they have to take care of, they still have to show up in the pawn shop from Monday to Friday.

The shop owner, Rick Harrison, runs a bar and a shopping mall near the legendary Gold and Silver Pawn Shop. His co-worker, Chumlee, manages a candy store and DJs in different Las Vegas locations.

One thing that all the employees in the shop have to follow is not to buy the items they cannot sell. If this happens, they must endure some very embarrassing punishments.

It was demonstrated in one of the episodes when Corey bought an Evel Knievel pinball machine for more than he could sell it for. So, he was given the task of setting up the machine for customers and was entrusted with the task of emptying the quarter box after each shift.

Experts in Pawn Stars: What you need to know about

Sometimes the shop owners have to buy stuff they don’t need and don’t want to. All items brought into the shop have a different kind of backstory, and it is not sure that people are willing to pay for them. So, the show’s executive producer, Brent Montgomery, convinced the owners to buy items they usually would not. This way, the show would not just focus on objects with interesting background stories.

The pawn shop holds a lot of firearms but not one of those weapons was made after 1898. The show’s fans might be surprised that the shop doesn’t have a Federal Firearms Licence, restricting them from pawning firearms.

In one of his books, Licence to Pawn, Rick Harrison talks about his father, Richard Harrison and an incident that made their shop ineligible to trade firearms. In his youth, Richard Benjamin stole a car, rendering him ineligible to get a firearms license. Rick also explained that dealing with firearms is very tiresome as it involves intense paperwork and background checks.

Pawning business is not only centered on negotiating the prices with customers and learning the item’s backstory. It also involves a lot of paperwork with the police. They must write down all the activities and transactions and submit them to the police daily.