Things to know about GMA Robin Roberts | Net worth, Salary and more 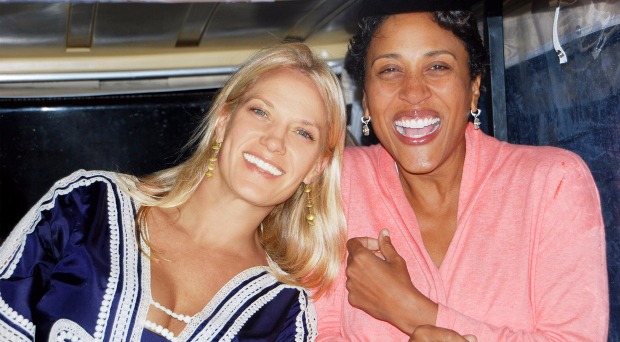 Robin Roberts is one of the leading figures in the American media world. The television broadcaster has been a staple of ABC’s Good Morning America for over a decade. Staying at the forefront of the media world for a few decades, this award-winning journalist has influenced a large number of people throughout the world. Today, we’re going to dive into the life of this influential persona.

Born on November 23, 1960, in Burlington, Vermont, Robin grew up in Pass Christian, Mississippi, where she learned to play basketball and tennis. Moreover, she later attended Pass Christian High School and graduated as salutatorian for the class of 1979.

Later, she played basketball at Southeastern, and her sports career ended as the school’s third all-time leading scorer and rebounder with 1446 points and 1034 boards. On February 5, 2011, Southeastern paid tribute to her, hosting a ceremony to retire her jersey no. 21. After walking away from athletics, she followed in the footsteps of her elder sister, Sally-Ann Roberts, a local news anchor.

Right after college, Robin used her unique combination of athletic talent and journalistic skill to start her career as a sports anchor and reporter for a local television station in Mississippi. After getting experience as a sports journalist working for a few local stations, including WSMV-TV in Tennessee and WAGA-TV in Atlanta, Georgia, she got her career breakthrough after being hired by ESPN in 1990.

Roberts hosted Sportscenter for 15 years and became popular for her catchphrase, Go on with your bad self. In 2005, she joined Good Morning America as a full-time co-anchor alongside George Stephanopoulos. Together, they helped lead the show to the top, beating NBC’s Today show, which had held the no. 1 spot for 16 years. Under her leadership, GMA has won three consecutive Emmy Awards for the Outstanding Morning program from 2007 to 2009.

Robin’s successful journalism career has been decorated with several honors. In 2012, she became inducted into the WNBA Hall of Fame for her contributions! Roberts holds the honor of both women’s basketball as a player and a sports broadcaster. Besides, she earned the Walter Cronkite Award for Excellence in Journalism in 2014. Moreover, Robin held the Radio Television Digital News Foundation’s Lifetime Achievement Award in 2018. As of 2018, Robin Roberts holds an estimated net worth of $35 million, with her hefty paychecks of $18 million.

Robin Roberts has endured a series of serious health issues throughout the years. She was diagnosed with breast cancer in 2007 and underwent surgery on August 3. She underwent eight chemotherapy treatments and six and a half weeks of radiation treatment until January 2008.

Robin took a break from Good Morning America in August 2011 to undergo treatment for a rare blood disorder caused by the complication of chemotherapy. She announced on GMA about her rare illness, myelodysplastic syndrome, in 2012.

What happened to Paula Faris? GMA anchor reveals she still has concussions

The day she went public with her illness, Be the Match Registry, a non-profit organization. Moreover, they experienced an increase in donors by 1800%. She had a bone marrow transplant in September. Furthermore, she returned to GMA on February 20, 2013. And over 6.1 million viewers tuned in to watch her emotional comeback helping the show earn the best ratings since the morning after the 2012 election.

Robin Roberts Came out as gay.

In 2013, Roberts took to Facebook to make the shocking announcement that she was gay. The anchor had been vocal about her health battles but hadn’t talked about her sexuality. She also revealed that she has been in a same-sex relationship with Amber Laign, a massage therapist, since 2005.

Robin’s friends and colleagues knew about her sexual orientation. It was the first time she opened up about it in public. Furthermore, Roberts earned the title as one of the 31 2015 LGBT History Month icons. Way to go, Robin!