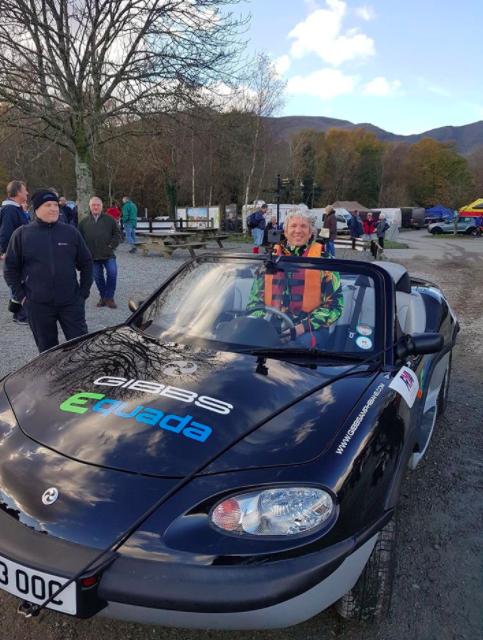 With his sleek machine Gibbs Aquada, China broke the national records on the first day of the tournament by going on a top speed of 28.7mph. Gibbs Aquada was the world’s first High Speed Amphibian on the water of Coniston. However, he wasn’t able to compete the next day as a number of resistors of the Aquada had fired up. He left the competition saying, “an early bath and then back to the workshop for me.”

China, who co-hosted Wheeler Dealers with Mike Brewer for 13 successful seasons, left the show over the disagreement on the strategy of new producers in 2017. Following his exit from the show, Ant Anstead joined as the new co-host, who was known for hosting For the Love of Cars. After the show, he got involved with Grease Junkie Garage and Pure Agency, to help him manage his brand, Garage Junkie, e-commerce website, his PR and social media.

China also appeared in one of XCP commercials for XCP Chain Lubricant in July 2017. He got back to our screens on May 1 with his show, Edd China’s Garage Revival, which showed him working with car owners who need their cars restored. He also appeared in a web series, Built By Many, on YouTube with Al Cox. As of 2018, the motor head has an estimated net worth of $3 million.