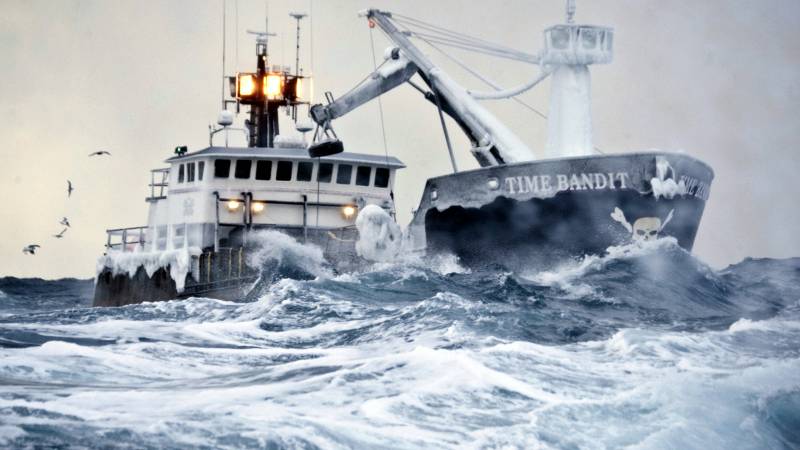 The long-running Emmy award-winning docuseries Deadliest Catch is returning to Discovery for Season 15. The season will kick off from Dutch Harbor. The crew members connect and gear up for the brutal Bering Sea crabbing seasons.

This season, fans will get to see new changes in the fleet. There will be a new boat with a cut-throat captain. New to the fleet is 148-foot-long F/V Southern Wind helmed by “no-nonsense” Captain Steve “Harley” Davidson, who doesn’t get along with anyone quickly.

Captain Steve, who has captained Southern Wind for 15 years, allegedly knows a location with over a quarter-billion dollars worth of king crabs. F/V Southern is the second largest vessel in the fleet after Captain Keith Colburn’s F/V Wizard. Reportedly, Steve and Keith are the biggest rivals.

The rest of the captains battle to get in on the score in the devastating winter weather, causing season-ending injuries and more damage to their boats than they have seen in years.

Steve scoured the grounds with over 1,200 pots, breaking out ahead of others. A quarter-billion-dollar worth of crabs remains clustered in a single massive horde. On the legendary F/V Northwestern, Captain Sig Hansen has been preparing his 23 years old daughter, Mandy Hansen, to be his relief skipper.

Is Jake Anderson coming back?

After years of struggle, Jake Anderson has whipped F/V Saga into ship shape. And he’s back with a strong crew who wants to be a boat partner than just an employee. With large boat payments due, veteran Captain Wild Bill has a lot to watch as he is on the Bering Sea with two untested greenhorns.

Captain Sean Dwyer took the helm of F/V Brenna A after his father died five years ago. Moreover, Sean takes every challenge at sea with significant ambitions to expand his business. Last season, Captains Josh Harris and Casey McManus filled F/V Cornelia Marie at a breakneck pace escaping a series of close calls.

The young skipper, who is trying to continue his late father, Captain Phil Harris’ legacy on the Bering Sea, has the challenge to prove that last year’s success wasn’t a fluke. With the dropping temperature, the weather is colder than it has ever been in over five years, and parts of the Bering Sea are beginning to freeze over and the boats in it.

Let’s wait until Tuesday, April 9, when Discovery premieres the demanding and exciting season 15 at 9 p.m.