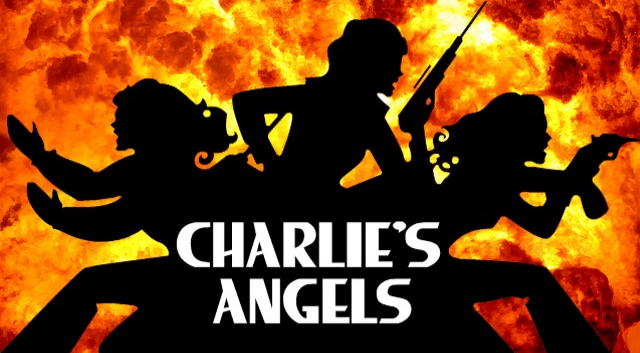 On September 22, 1976, one of television’s most sensational programs, Charlie’s Angels, first aired. And it is led by three Intelligent, multi-talented, radiantly beautiful, and utterly disarming secret agents. Charlie’s Angels ruled the silver screen during the 70s. The show had everything from mysterious characters to beautiful crime-fighting ladies and evil villains who always had something against the world.

It ran on ABC for five seasons with a total of 110 episodes. The show has spun numerous reboots throughout the years, including Charlie’s Angels movie series and the 2019 reboot starring Noami Scott, Ella Balinska and Kristen Stewart.

The show ended 40 years ago, and since then, the angels have spread their wings and taken flights in different directions. So, if you’re keen to find out where and what the cast is up to these days, you’ve come to the right place!

Following the role of Sabrina, Kate starred in the TV show, Scarecrow and Mrs. King, for which she won Bravo Golden Otto Award for best female TV star three times in a row. She also appeared in TV movies like Quiet killer and Empty Cradle.

The renowned actress has performed well in her career but sadly failed several times in her love life. Kate has been married three times. She first tied the knot with actor Andrew Stevens in 1978 and got divorced in 1981. She then married David Greenwald in 1982 up until 1984 and Tom Hart from 1991 to 1993.

Despite being married three times, Kate didn’t have any kids, but she adopted a son, Charles Taylor Jackson, in 1995.

In 1987, she was diagnosed with breast cancer. She had to take a break from acting and had a lumpectomy. After five weeks of radiation treatment, she was announced cancer-free. Since then, she has been involved in numerous cancer awareness programs.

The 70-year-old actress hasn’t appeared on TV for a while. She last appeared in an episode of Criminal Minds in 2007.

What do Star Wars actors look like after 40 years?

Before playing her famous role of Kelly Garrett, she worked as a “black girl.” However, she didn’t leave the acting industry after Charlie’s Angels ended in 1981.

She appeared in many TV movies, including Jacqueline Bouvier Kennedy, Sentimental Journey, Déjà Vu, and The Bourne Identity. Smith entered the fashion industry and created her collection of clothing for Kmart.

She currently resides in LA, California, with her husband, Dr. Brand Allen.

The 73 years old actress seems to be young as ever. Smith launched a wig collection called STYLE for Paula Young Wigs in 2008.

With her all-American blonde beauty, Farrah Fawcett was considered America’s sweetheart in the 70’s.

After winning the role of one of the angels, Farrah immediately became popular and won the People’s Choice Award for Favorite Female Performer. Her iconic red bathing suit poster is now on display in the Smithsonian National Museum.

Farrah married Lee Majors from 1973 to 1982. What’s more, Fawcett dated Ryan O’ Neal before and after the marriage.

In 1977, wearing a T-shirt that read “Farrah Fawcett Minor,” Cheryl Ladd started the role of Kris Munroe. Ladd, who originally came to Hollywood with dreams of becoming a singer, found herself performing guest appearances in  TV shows like The Rookies and Happy Days.

While starring in Charlie’s Angels, she began her musical career, releasing three studio albums. She had a top-40 Billboard Hot 100 single and a gold record. She even got the opportunity to sing the National Anthem at the 1980 Super Bowl.

Cheryl was married to David Ladd from 1973 until 1980 and had a daughter Jordan. Later in 1981, she married Brian Russell and has been married since.

In 1996, she published a children’s book, The Adventures of Little Nettie Windship, and an autobiography called Token Chick: A Woman’s to Golfing with Boys 2005.

Before gaining recognition as the warm and intelligent helper of the Angels, David Doyle worked as a stage actor and made several guest appearances in shows, Match Game and Tattletales.

He even lent his voice to the nickelodeon animated series The Rugrats. Doyle appeared in all 110 episodes of the show. He married twice. First to Rachel in 1956 until 1968 and Anne Nathan in 1969. He passed away in 1997 due to a heart attack.

Where is the cast of The Golden Girls now in 2018?

The man behind the voice of Charles “Charlie” Townsend, John Forsythe, was one of the highest-paid actors on television, making up to $2 million a year. During the last season of Charlie’s Angels, he played the role of Blake Carrington in the prime-time soap opera, Dynasty.

John gained a nomination for Outstanding Lead Actor in a Drama Series 3 times from 1982 to 1984 for Dynasty. He also got 6 Golden Globe nominations, winning twice and 5 for Soap Opera Digest Award, also winning twice.

Forsythe disappeared from the limelight in 1989. But, John returned in 1992, starring in a sitcom, The  Powers That Be.