Skip to content
Home » Entertainment » Fox News: Catherine Herridge and her net worth.

Fox News: Catherine Herridge and her net worth. 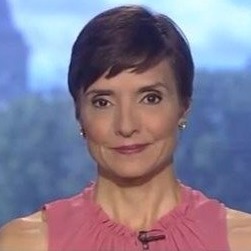 The Chief Intelligence correspondent for Fox News Channel, Catherine Herridge, is a talented journalist with a huge net worth. She must be earning a huge salary from the network. Let’s find out.

Catherine Herridge started her career with ABC as their London-based correspondent. She joined the Fox News network in 1996, following which she traveled to various countries such as Guantanamo Bay, Qatar, Iraq, and Afghanistan for news coverage.

Everything to know about the award-winning investigation journalist Catherine Herridge

She covered and reported the horrific 9/11 incident and the aftermath of the incident. Moreover, Herridge became one of the few reporters allowed to sit in the military courtroom with the architect of the 9/11 attack, Khalid Sheikh Mohammed, and his four apprentices.

As one of the investigating members of the network’s team, Catherine was a part of an 18-month-long mission in Yemen to investigate the involvement of Anwar-al-Awlaki in the 9/11 incident. She became the first to publish a report on September 12 about the attack.

Please Click Here To Find out how Catherine Herridge saved her son from death!

Catherine has investigated and reported on the planned bombing on Christmas Day 2009, failed attack on Times Square in 2010 and the October 2010 bomb plot. More recently, she earned the Reed Irvine Award 2013 for her outstanding achievements in investigative journalism along with Gateway Pundit Jim Hoft. She collected the award with her sons, Peter and Jamie.

Catherine Herridge had a legal dispute with Fox News over salary.

Catherine Herridge has not disclosed her salary. However, her net worth is estimated to be around $10 million. In 2007, a legal dispute regarding salary took place between Catherine and Fox News! After a no-complaint clause became added to Herridge’s contract by Fox News, which she refused to sign.

A formal complaint was registered with the EEOC, and in 2010, EEOC sued Fox. Sadly a federal judge dismissed the lawsuit. The dismissal was partly due to Herridge’s demand for a 95% salary increase.

Find out how Catherine Herridge maintains her hot measurements – Workout regime in detail.