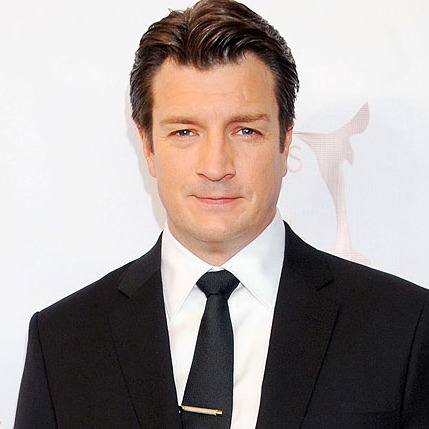 Nathan Fillion captivates millions of hearts as Richard Castle in the widely popular series Castle. The actor, however, has failed to find a romance that would last him a lifetime.

Nathan has been linked with many beautiful women throughout his career. But none of those led him to tie the knot. Moreover, Fillion last dated the Baywatch actress Krista Allen. And there was the prospect of the two even getting married.

Needless to say, Nathan, who has won multiple People’s Choice Awards, has had romantic relationships with many beautiful women on or off-screen. One such gorgeous lady is Krista Allen. We know that Nathan Fillion was dating George Clooney’s ex, Krista Allen. However, reports on the current status of the relationship suggest the two have broken up.

The couple, who met through friends, started seeing each other in 2015 and maintained a warm relationship over the years. Though keeping a low profile at the start of their relationship, the twosome later went public to display their affection towards one another.

In a picture Krista posted, Nathan is seen wearing a ring. The fans commented on the picture that it could be a wedding ring. Maybe it was a subtle hint to the fans about the closeness of their relationship.

Providing an insight into their relationship, an insider said:

They met a few months ago through friends and it’s going really well. He’s met his son [Jake] and they get along. Krista is super happy. She’s been kind of unlucky in love in the past and now she’s found this genuinely nice guy who treats her well.

At present, the couple remains hidden from the public eye. And a series of adorable pictures of each other has stopped. The relationship could not progress like it had shown promise at the start.

A long list of dating history of The Star of Rookie

Nathan engaged for the first time in 1995 with Vanessa Marcil, which lasted until 1996. Drugs became the reason cited for the split. Reportedly, he even engaged Christina Ochoa sometime between 2013 and 2014. The chain of unsuccessful relationships also sparked rumors of him being gay.