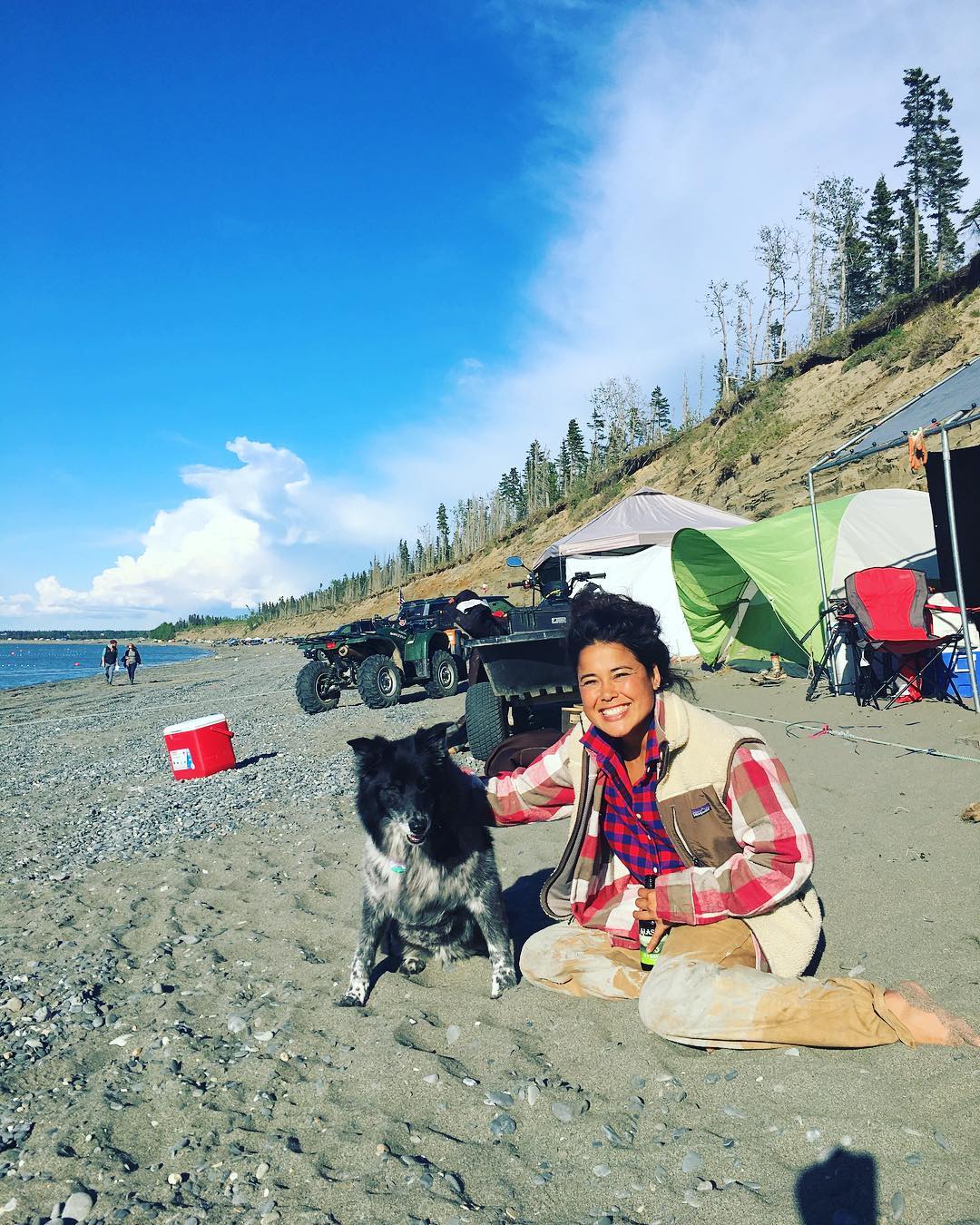 Ariel Tweto is an American private pilot, and TV personality. She is popular for her notable appearance in the reality series, Flying Wild Alaska which closely follows her family’s life in Alaska. Besides, she is also known as the contestant of hit game-show, Wipeout.

Born as Ariel Eva Tuadraq-Atauchaq Tweto to parents Jim and Ferno Tweto in 1987, Ariel was born and raised in the Nome Census Area of Unalakleet, Alaska. She has only one sibling- a younger sister named Ayla Tweto. Together, they spent the majority of their childhood in Alaska. She attended Emerson College and later joined East High School. Further, to obtain a degree she enrolled at Chapman University.

In an interview, while talking about her family, she said that her parents still lived there and she visited her hometown about three times a month. She admitted that she is “always in Alaska” and “can’t get out of there.”

The Twetos ran a family airline business transporting necessities, and people in the difficult terrains of Alaska. She followed her parents’ footsteps as a pilot while also pursuing a career in acting outside of Alaska.

How did she end up in Flying Wild Alaska?

With adventure genetically running in her family, Ariel grew up on the same side of the spectrum which also inspired her to participate in the first season of game-show, Wipeout. She was one of the twelve participants in the show’s 1X3 episode. She went far in the show, ending up third among the twelve contestants. However, it was her charming personality and the infamous pole vault incident that made her appearance memorable on so many levels.

While she was the first person shown to clear the Big Balls obstacle, she missed a pole which was right in front of her. This blooper made it to the highlight reel and added to her unforgettable appearance. She was also given the nickname “Never been kissed” by fellow contestant Henson in the same episode because of her confession of never been kissed. She made her exit off the stage by doing the Alaska dance.

Due to the popularity she garnered in the first season’s episode, she was called back to appear as a participant in the all-star episode of the show’s second season. The “never been kissed” storyline from her previous appearance continued in the all-star episode where Ariel joked that she was a kissaholic but didn’t utter the truth in front of her dad.

The degree of her likability and her unique personality, which had made her two appearances so memorable also caught the interests of reality show producers. Producers from the Discovery Channel were particularly interested in her and pitched to film a reality show based on her family’s airline operation in Alaska. The show was called Flying Wild Alaska which first aired in 2011 on the Discovery channel.

Flying Wild Alaska starred all four members of the Tweto family and documented the workings inside the family-operated Era Alaska. The show documented Ariel’s journey as a pilot, covering everything from her flight training sessions to earning her pilot’s license. On the second season of the show, she completed her first solo flight.

Willie Robertson has Turned a mediocre business to a multi-million empire, More on his net worth!

On April 21, 2012, she received her certificate as a private plane pilot. The fruits of Ariel’s labor with her completing pilot training under the scrutiny of an FAA examiner. The show completed three seasons with a total of 31 episodes in its name. It ended with Ariel’s father Jim Tweto’s retirement from the airlines business and Ariel finally getting her pilot license.

Despite the demise of Flying Wild Alaska, the buzz around Ariel did not die out. She continued to make TV appearances; one too many on Craig Ferguson’s Late Late Show. Due to her immense popularity in Alaska, she hosted the Miss USA Alaska pageant for two straight years in 2013 and 2014.

What is Storage Wars star Casey Nezhoda net worth in 2018? Details on her career

Ariel’s latest TV venture is the new show on Travel channel called Travel Alaska, which premiered on November 8th, 2017. The show centers around “bush pilot” Ariel while showcasing the cultural diversity of Alaska in its magnificence.

About the show, she stated in an interview, “I want to make a show about Alaska for Alaskans, and show people that we are more than what you usually see on TV.”

She was also featured in the J. Edward Ellis’ 2016 documentary, Flying Again which followed eight rusty pilots in their journey to become proficient pilots once again. Ariel was one of the eight pilots that were featured in the film.

What is Flying Wild Alaska Jim Tweto net worth in 2018?

An adventurer at heart, Ariel plans on creating an animated series called Ariel’s View, where she becomes friends with animals and goes on adventures. Despite her popularity, she has not yet revealed the exact figure of her net worth, but is expected to be around $1 million. As of 2018, her father Jim Tweto has a net worth of $20 million.

As she is pretty famous as “never been kissed” girl from the show, Wipeout, it seems she still hasn’t changed much about that. Despite her immense popularity, she has kept her personal life lowkey. She is not vocal about whether she is dating someone or married.

But during the show, she was rumored to have been dating her trainer, John Ponts. But it was proved wrong when she later stated John was like a brother to her. As of now, she’s possibly single.

Agnes Hailstone’s family. More on his wife and children!

Ariel is fairly active on social sites, where she is mostly seen sharing her pictures. She has garnered a considerable fan base through her appearance in several shows. She has 28.3K followers on Instagram and 58.9K followers on her Facebook page.