What does Greta Van Fleet Mean & Other Facts About the band 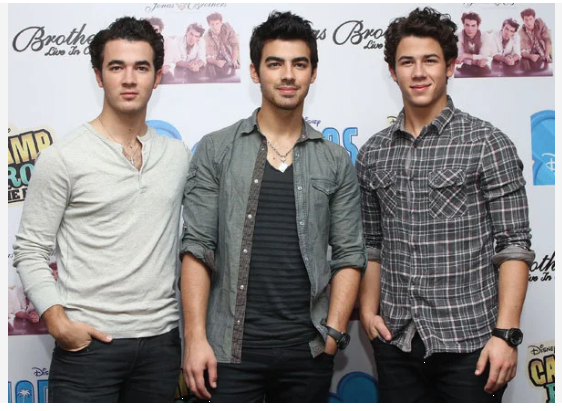 Within just a few years of formation, they are already topping the charts and are poised to take the baton from the old guards of rock greats and carry it into the future. Here is everything you need to know about the up-and-coming band.

The band was formed by twins brothers, Jake and Josh Kiszka (22). And later they added their younger brother Sam (19) and their friend, Kyle Hauck. But, Daniel Wagner (19) later replaced Kyle.

All of them were brought up on their parents’ vinyl collections. And it helped give birth to the high-energy music they make today. They create a hybrid of rock n’ roll, blues and soul. They came up with the name Greta Van Fleet after hearing one of their relatives mentioning a Frankenmuth resident, Greta Van Fleet and liked the variation in the title. While Hauck was on drums, they recorded two songs, Cloud Train and Standing On (featured in the 2014 Chevy Equinox ad in Detroit).

They signed with Lava Records in 2017 and released their first EP, Black Smoke Rising, in April that year. Their debut single, Highway Tune, topped the US Mainstream Rock and Active Rock charts in September for four consecutive weeks.

In November, they came up with their second EP, From the Fires, with the lead single, Safari Song, which topped Billboard Mainstream Rock Songs in February 2018. They released their first full-length studio album, Anthem of the Peaceful Army, in October 2017, which ranked no.1 on the Billboard Rock Album Charts in the first week of release. The lead single from their debut album, When The Curtain Falls, released in July 2018, became the band’s third no.1 single on the Billboard Mainstream Rock charts.

In December 2018, the band got four nominations for Grammy Awards, including Best New Artist. They were nominated for Best Rock Performance for Highway Tune. Again, Best Rock Album for From the Fires and Best Rock Song for Black Smoke Rising. When asked who they would perform with at Grammys if they got a chance, Josh responded, saying he would love to perform on The Beatles’ Helter Skelter with Paul McCartney.

Saturday Night Live is starting 2019 on a marvelous note. The good rockers served as the musical guest on the installment of the sketch comedy show on Jan 19. Actress Rachel Brosnahan will host the first SNL episode of 2019. It was announced on the SNL Twitter page.

While pop and hip-hop music has dominated the industry, Greta Van Fleet emerged with classic hard rock. Morever, Fleet sounds much like a Robert Plant-Jimmy Page reunion. Josh, the lead singer, has often been compared to Robert Plant. Furthermore, the band has often been called a reincarnation of Led Zeppelin. In an interview with Channel 10, Robert singled out Josh and poked fun at him, saying,

“There’s a band in Detroit called Greta Van Fleet, they are Led Zeppelin I. Beautiful little singer, I hate him! Yeah, and he borrowed it (voice) from somebody I know very well! But what are you going to do? That’s OK.”

The legendary Elton John became one of the biggest admirers of Greta Van Fleet. What’s more, John invited them to play during his annual Oscars party. When asked about how they felt compared to Led Zeppelin and admired by Elton John, guitarist Jake said,

“We continue to be honored by the affiliation. Led Zeppelin is one of the greatest rock & roll bands of all time…As soon as you get the OK from someone like Robert Plant or Elton John — the people who are influential to us — it seems like we must be doing something right. It gives us the ability to do more, knowing we have the respect from the originals and the masters of that trade. It’s inspiring.”