Skip to content
Home » Entertainment » Pablo Escobar’s wife is still suffering the demise of her husband! Where Is Tata Now?

Pablo Escobar’s wife is still suffering the demise of her husband! Where Is Tata Now? 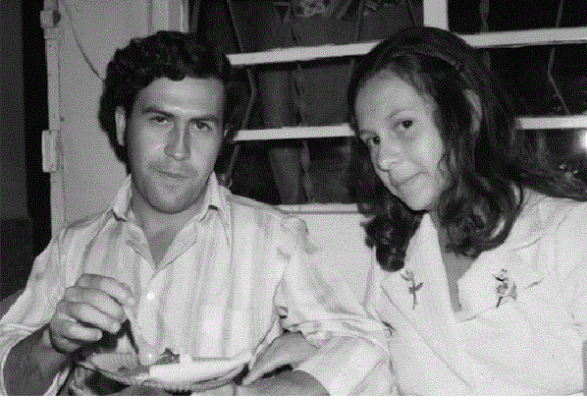 Cocaine kingpin Pablo Escobar’s life came to a violent end when gunned down on a rooftop on December 2, 1993. While most Colombians were celebrating the death of El Patrón, his wife Maria Victoria Henao was figuring out a way to keep her family safe.

Learn about the wife of the drug lord in the article below.

“Because of his naughty smile [and] the way he looked at [her]. [He] was affectionate and sweet. A great lover. I fell in love with his desire to help people and his compassion for their hardship. We [would] drive to places where he dreamed of building schools for the poor. From [the] beginning, he was always a gentleman.”

Following the death of Pablo, Maria and her two children fled for their lives as Colombian police stormed Medellín, trying to remove the name Escobar from the history of Colombia.

What is Escobar’s daughter Manuela Escobar doing in 2019? Net Worth

After fleeing from Medellín, she tried to get asylum in Germany and Mozambique, but unfortunately, they denied her request. She even petitioned the Vatican for help, but it was not accepted. Eventually, she safely reached Buenos Aires and managed to settle down with her family and began to live relatively everyday life. She later changed the family’s last name to ‘Marroquin.’ Her son Juan Pablo Escobar changed his name to Sebastián Marroquín.

Later in 1999, she and Sebastián were arrested and imprisoned in Argentina on suspicion of money laundering. However, after her release, she said,

“I am a prisoner in Argentina for being Colombian. They want to try the ghost of Pablo Escobar because they want to prove that Argentina is combating drug trafficking.”

Earlier this year, she and Sebastián were accused of money laundering, for which the court has asked them to forfeit $1.2 million in assets. They were accused of partaking in a $15 million money-laundering scheme.