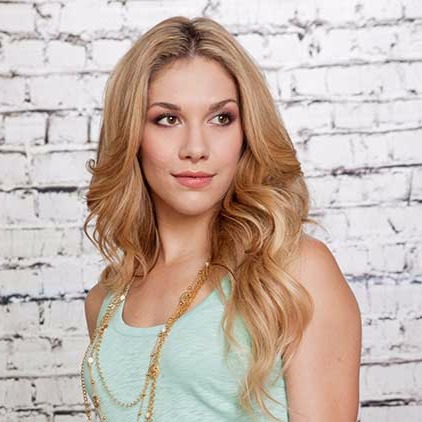 Allison Holker is an American dancer and choreographer. Specializing ballet, contemporary, jazz and tap dancing, she has been hitting the floor since a very early age.

Best known for appearing in television reality dance competition, So You Think You Can Dance, she is also credited with a wide array of work in television, film and concert tours. Amongst her memorable on-screen appearances, her performance in Disney movie High School Musical and it’s follow-up is the one.

As Allison Renae Holker, she was born on February 6, 1988, in Minnesota. Brought up in Orem, Utah, she completed her high school studies from Timpanogos High School. Passionate about dancing since an early age, she began her dance training at 9, joining The Dance Club at Orem and specialized famous forms.

She performed with an American band Earth, Wind and Fire at the 2002 Winter Olympics’ opening and closing ceremonies. On television, she is known to appear So You Think You Can Dance and it’s season 2 nationwide tour. Moreover, she partnered with her future husband Stephen “tWitch” Boss in 2013 season of Dancing with the Stars.

Holker is a mom of two including a daughter Weslie Renae born with ex-fiance and a son, Maddox Laurel born with husband Stephen Boss. She and Boss married in 2013 after few years together. She is a follower of Mormon religion.