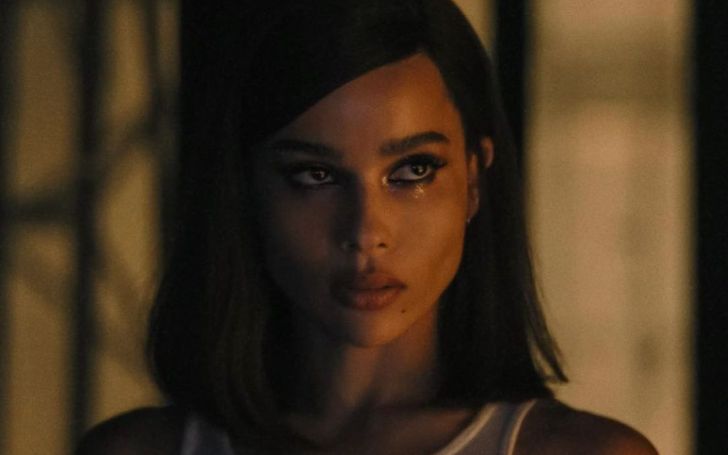 Most recently, Zoë Kravitz came to the silver screen in The Batman alongside Robert Pattinson. However, this isn’t what brought her to fame. Zoë started her career all way back in 2007.

Kravitz also holds a pretty great career thus far. Besides acting, Zoë also came to fame as a singer. What’s more, she will be presenting 2022’s Oscars TV special. And here’s a bit more about Kravitz down below!

How old is Zoë Kravitz? Age, Early Life, and Family

At the time of this article, Zoë Kravitz hit thirty-three years of age. What’s more, The Batman actress, Zoë, was born on December 1st, 1988. Likewise, Kravitz was born in Los Angeles, California, USA. So, Zoë holds an American nationality.

Zoë comes from a mixed ethnicity. Moreover, her father and mother come from mixed African American and Jewish ancestry. Furthermore, both of her parents, Lisa Bonet and Lenny Kravitz worked in the entertainment industry.

Kravitz’s spent most of her early life as Zoë Isabella Kravitz. However, Zoë’s childhood wasn’t all sunshine and rainbows. At the age of five, Lisa and Lenny finalized their divorce.

After the separation, the actress lived with her mom in Topanga Canyon. After turning eleven, Kravitz started living with her father in Miami. But, Zoë would spend her summer with her mother.

Lisa Bonet started her relationship with Jason Momoa in 2005. And later, Momoa and Lisa married in October 2017. After her mom remarried, she gained two half-siblings. Sadly, Jason and Lisa decided to end their relationship in 2022.

Well, yes, Zoë Kravitz was married once. However, currently, Zoë enjoys the single life. Moreover, The Batman actress focuses more on her career than her love life.

Zoë married Karl Glusman back on June 29th, 2019. Besides, Kravitz and her former husband, Karl, married in an intimate ceremony. However, the married life did not go as the actress and her husband hoped.

By December of 2020, Glusman and Kravitz’s relationship reached the boiling point. And Zoë filed for divorce, which was then finalized in August 2021.

Past affairs of Zoë

During her shoot of Beware the Gonzo, Zoë dated Ezra Miller for a short period. After that, Kravit started dating Penn Badgley. Moreover, the actress and Badgley dated from 2011 to 2013.

How Much Net Worth does Zoë Kravitz Own?

As of 2022, Zoë Kravitz holds an estimated net worth of $10 million. Besides, Zoë started earning thousands of dollars from the start of her career. Likewise, Kravitz makes most of her wealth as an actress.

Although Zoë earned her fame as an actress, she also holds fame as a singer. And so, an average salary of an actor/actress starts at $15 per hour. Zoë earns an estimated annual salary of around $1 million.

Given the success of Zoë, her online presence grew. Furthermore, she managed to gain millions of followers on Instagram. Likewise, Kravitz’s Twitter account gained 159.7k followers.

Find more fun bios and news over on our website E-Celebrityfacts.