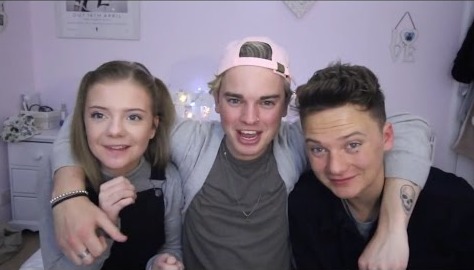 Conor Maynard is an English pop singer who rose to fame after releasing his debut single, Can’t Say No in 2012.

He was born on November 21, 1992, in Brighton, England to a builder, Gray Maynard and an office worker, Helen Maynard.

He started his career as a YouTuber uploading a video on his self-titled channel on May 19, 2006.

His sister, Anna has appeared in some of his covers.

His brother, Jack is also a YouTuber, who briefly appeared in ‘I’m a Celebrity… Get Me Out of Here’ in 2017.

He came into the limelight after releasing a cover of Ne-Yo’s song, ‘Beautiful Monster’ in 2010.

His cover of the song impressed Ne-Yo, who soon contacted him and became his mentor.

He then signed to EMI/Parlophone and Turn First management, which helped to uplift his career.

He performed along with Becky Hill at the Hertfordshire Summer Ball on May 13, 2016.

His singing career has got high exposure through his YouTube channel, where he has over over 6.8m subscribers.

He played the role of Casper Rose in TV series, Dream Team in 2006.

Along with his promising career, his dating life has also been a subject of great interest to many.

He dated model Victoria Tansey for two years before calling it quit in August 2015.

Following the breakup, he joined online dating app Tinder. He is yet to announce his relationship status.

He is one amongst celebrities like Halle Berry, Katy Perry, Ed Sheeran and Lily Allen to have a verified Tinder profile.